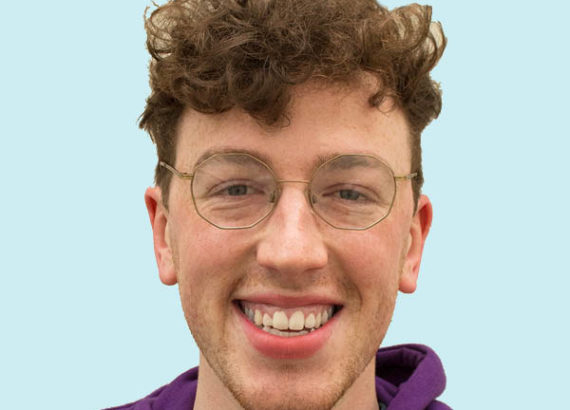 Brandon Walsh is the NUI Galway Students’ Union Societies Chairperson, and he represents societies on the SU Executive Committee and the University’s Societies Committee. SIN caught up with Brandon to see what he’s been up to this year.

“The most rewarding part of my role, as I’m sure it was for many other officers, is interacting with students, being there for them and helping them with any problems or difficulties that they have. It was also very rewarding to see a decrease in conflicts and other problems that societies are prone to. I feel this is largely due to the emphasis we put on making sure that committee members are aware that the Socs Box and myself are here to help them with any issues or mistakes that arise.”

“The most frustrating part of my role was the pace at which things are done in the University. There is so much internal politics going on in the University and everything must be passed along to multiple people, which can often hinder things being done,” Brandon explains.

“The only thing that I would have done differently would have been to try and run more events and collaborations, however, with the societies officer, Riona Hughes, being out sick for the first semester it was very busy and casework intensive.”

“The main advice I would give to my successor would be to learn how to be a good mediator and ensure that you get all side of every story and have a good knowledge of societies’ infrastructures and procedures,” advises Brandon.

“I have set the wheels in motion for most of my campaign promises but as I’ve said, most things in the University take a while to get done. Many of my promises were also quite long-term issues, such as storage, which I hope my successor will be able to continue to work on.”