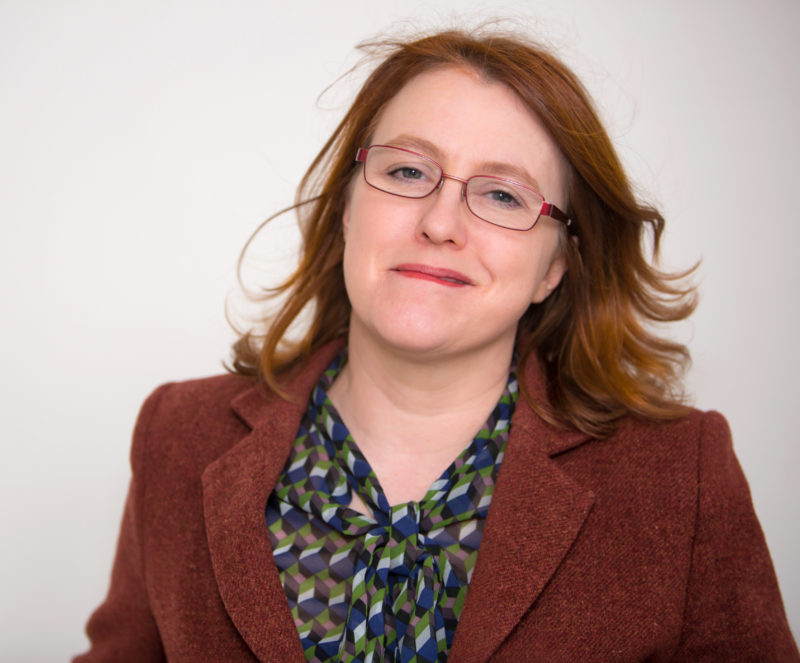 Senator Alice Mary Higgins is an independent Senator who is pushing for Seanad reform. No stranger to politics, Senator Higgins’ father is the current President of Ireland.

She was elected to Seanad Éireann in 2016, and was the first woman to be elected on the NUI panel in 35 years. She leads the Civil Engagement Group in Seanad Éireann, a group of independent Senators with backgrounds in the NGO sector and civil society. SIN spoke with the Senator about reforms, Students’ Unions and the importance of democracy.

Senator Higgins says that Seanad reform is a long time coming. “In 1979, the public decided via referendum that the franchise should be extended. So I say there is a double mandate for change now, because we also had a referendum on abolishing or retaining and reforming the Seanad in 2013. I campaigned for retain and reform.”

“I think people value having a political space that is not geographical, but more thematic in approach.”

The new legislation was agreed upon by the cross-party Seanad Reform Implementation Group, which was tasked with setting out legislation based on the Manning report. The Taoiseach created the group in early 2018.

Key features of this new bill are that graduates of all Universities and Institutes of Higher Education will be entitled to vote in a single six-seater constituency.

The 43 seats on the five vocational panels will also be opened up. A majority of 28 seats would now be elected directly by the public. Councillors and other political representatives will elect the remaining 15 seats indirectly. This is a reduction from the 33 seats previously allocated to them.

Each person of eligible age will be entitled to choose which one of the vocational panels they want to cast their vote on. These panels are set by the Constitution, and are based on themes such as Agriculture, Culture and Education.

Graduates will also have just one vote, not two as previous, and can choose whether to cast their vote on one of the vocational panels or on the expanded higher education panel.

The Bill also extends the Seanad franchise to residents in Northern Ireland who are entitled to Irish citizenship and to certain Irish citizens overseas, subject to conditions.

This bill has not yet passed in the Dáil, to Senator Higgins’ frustration. “There is no excuse now, in my opinion. In the Dáil, there is a bottleneck when it comes to passing reforms. This is partially due to the money message.”

“Essentially, the government will set out a money message for legislation, which is a rough estimate of how much they think the new piece of legislation will cost. However, I don’t think money messages should be used as a political football. There is a clear mandate for Seanad reform, and we have to keep this momentum going.”

The Taoiseach recently spoke in the Seanad and seems hesitant about the Bill. “The comments made by the Taoiseach are worrying not only because they display a lack of commitment, but because they seemed to hint at rolling back from the idea of a move to a public vote on most Seanad panels, a core principle of the Manning report which is in the Programme for Government.  A failure to deliver reform would not only be disappointing, it would be disingenuous. I am calling on the public to make their voices heard and demand a say in the Seanad,” Senator Higgins says.

Graduates of NUI Galway are entitled to vote in the Seanad, and the deadline to register is 26 February. The form can be found online.

The Trinity alumna also spoke about the importance of democracy. “It is important to see democracy as precious. We need to continue to expand, nurture and evolve it. This is why universities are such important spaces. They promote ideas and debate.”

Senator Higgins also believes that young people are acutely aware of the challenges facing the world. “Young people and students tend to get dismissed, but there is a brilliant generation coming up through the ranks. I think they are less individual, and understand the idea of collective responsibility.”

“Universities are also important when it comes to publically-funded research. We need to invest in our educational institutions.”

Ever the political activist, Senator Higgins marched for abortion rights back when she was 16 years old. She was also involved in the campaign for the right to divorce when she studied at University College Dublin.

The Galway native studied for her Masters in Sociology at The New School in New York, and it was in the USA where she became involved in the Students’ Union. “I worked for the Union mainly on campaigns concerning migrant workers, many of whom worked on campus. I held a lot of creative street events and awareness campaigns during that time.”

She also believes the role of students in political activism has been key. “The Union of Students in Ireland has played a huge role in driving campaigns, such as marriage equality and repealing the Eighth. They realise it doesn’t have to be either or, they have effectively combined protest on the streets with lobbying the Oireachtas. This shows the huge creativity of students.”

“Student politics contains very strong voices, all working together to push for solutions. They don’t waste any energy. They really push forward a vision of the modern world and find opportunities for cooperation.”

Senator Higgins also urges students to get involved in their Students’ Union elections. “People should be involved. Don’t be passive in the spaces you occupy. By being an active participant, you can shape your surroundings.”