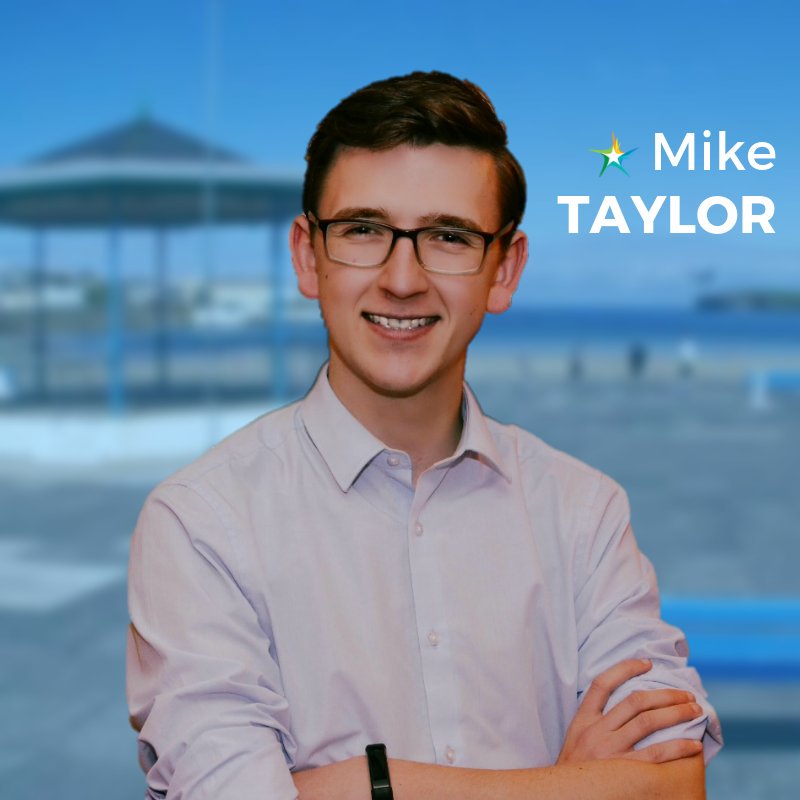 An NUI Galway final year Law, Sociology and Political Science student, Mike Taylor, is contesting in the Clare County Council local elections this May. Mike will be the youngest candidate in his constituency. SIN caught up with Mike to discuss politics, Students’ Unions and the role young people have on public policy.

“I suppose I am running because I want to give back to my local community, Kilkee. We need a slice of the pie so to speak; a lot of tourist buses drive to the Cliffs of Moher and just leave again. Maybe I am biased, but the cliffs down by Kilkee are just as good,” he joked.

Mike feels like his Arts degree will benefit him while he is running his campaign. “Law gives you a critical outlook on life. It was interesting because during the campaign to repeal the Eighth, I was studying constitutional law, and I wrote a paper on the Citizen’s Assembly. It was a great time to be studying the issues.”

The NUI Galway student has been a member of Fine Gael since the 2011 General Election. “My local TD and family friend, Pat Breen, asked my mam would I help drop off leaflets for him. I kept one, read through it and was immediately interested.”

“I suppose that Fine Gael, and myself, want a fair and just society for all.”

Mike was also heavily involved in the campaign to repeal the Eighth Amendment. “I became really involved in that campaign, and what occurred to me was that none of my local councillors put their necks on the line and came out in support of the referendum. A lot of the local councils just buried their heads in the sand.”

When asked if he thinks his youth will disadvantage him, Mike says no. “I want to represent young people. Of course, some people may be wary of me, but I have already called to so many doors in my area. I am the local peace commissioner, so I have read over a lot of documents for people, been a witness… I don’t think people are intimidated by my youth. I still have experience.”

How does Mike manage to run a local election campaign while studying for final year? He laughs when asked this question. “I suppose it’s down to good time management,” he says. “I am in college three days a week, and during those three days I solely focus on college work. Then I put in my all for the campaign when I am home.”

Mike was also involved in NUI Galway’s Students’ Union for a time. “I helped Eoghan Finn run a Presidential campaign when I was in first year, and I also worked on Megan Reilly’s campaign last year.”

“Working with the Students’ Union is refreshing. Sometimes it is hard to wear the Fine Gael cross, but I believe you have to be able to stand up to your government too. There is no harm in challenging them, that is what Young Fine Gael was set up to do.”

Speaking of Fine Gael, the bogeyman of the nurse’s strike was unavoidable. “I don’t think it is being handled effectively. Both sides need to be able to sit down and talk. I think a lot of the issues stem from the Fine Gael’s message ‘keep the recovery going’, but where is this recovery? That is why we got our a** handed to us in the last election,” admits Mike.

Mike also says he believes that a lot of politicians nowadays are scared of the court of public opinion. “Politicians always have to be ‘on’. Once you are a public figure, you’re now public property. I see a lot of cheap media attacks on people’s personal lives.”

Going back to the upcoming Students’ Union elections, Mike says he has a lot of respect for the NUI Galway Students’ Union and the Union of Students in Ireland. “They have done a lot of good work like challenging the rent pressure zone regulations, credit is due there. Also with the marriage equality and repeal the Eighth campaigns.”

“However, I will play devil’s advocate and say that sometimes, Students’ Unions can exist in a sort of bubble. They can’t see the wood for the trees. There is some feeling that you shouldn’t sit down with politicians and lobby, or that just protesting was sufficient.”

“That is why there is a lot of credit due to Síona (President of the USI) and our own Megan Reilly. They recognised there is only so much protest can achieve. You have to have a seat at the table.”

Mike believes that the two biggest issues facing students today are the housing crisis and mental health. “The housing crisis is a thundering disgrace, and I don’t say that lightly considering it brought down a president.”

“We need to change the mindset of Irish people. We need to stop this idea that we all need to own our own homes. Look to the European model. For older people, they need to be helped to downsize. Supports are already there in that regard.”

With regards to mental health, Mike says that supports need to be fought for, especially in rural areas. “I am currently fighting for a Jigsaw in my local area. The Students’ Union did a great video a while ago about clearing the stigma surrounding mental health.”

“We just need to get across that it is okay not to be okay. If you’re sick, you go to the doctor. Mental health needs to be treated in the same way.”

“In this country we had 70 years of church oppression, where people were too afraid to speak up. People are still afraid to talk about things today, especially men.”

“We have a Junior Minister for Mental Health, but that is not enough. We need more investment. There was €12 million ring fenced, and when that was in jeopardy, members of Young Fine Gael sat down with Ministers and gave personal stories about their own mental health, showing them why we need investment.”

“This personal lobbying is effective, shown through the USI’s work also. We need a combination of protest and lobbying for things to change.”