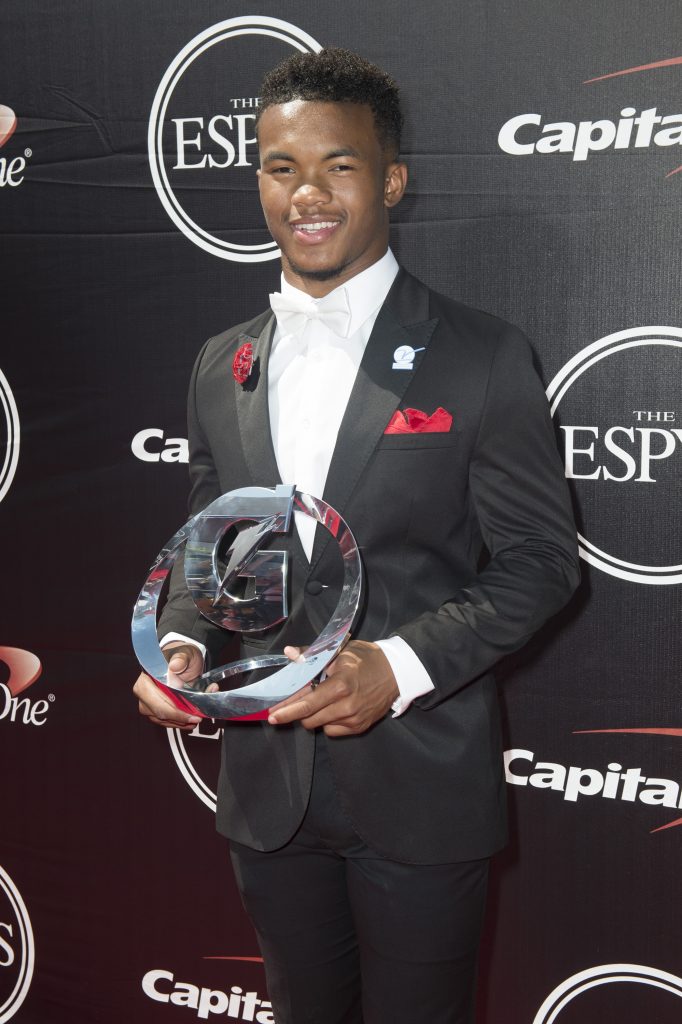 As Kyler Murray’s name was announced as the 2018 Heisman Trophy winner, the award given to the best player in college football, speculation persisted whether he would even play a snap in the NFL. Murray had been drafted by the Oakland A’s in the MLB draft some six months earlier.

The rumours surrounding Murray’s future were put to rest when he confirmed his intentions to be an NFL quarterback via social media. He also confirmed he would attend the NFL combine, where potential draftees complete a series of drills, with NFL head coaches in attendance. His decision to attend the Combine has raised some eyebrows, with Murray’s below average frame (5’9 and 194 lbs) possibly deterring some teams from drafting him.

Despite this, his arm strength and his ability to throw and run the ball makes Murray one of the top QB prospects in this year’s draft class. His background in baseball gives him a dynamic that most quarterbacks don’t possess; Patrick Mahomes is an example of someone whose baseball background allows him to make incredibly accurate throws under duress.

So, what happens with Murray and the Oakland A’s now? Those inside the organisation were not shocked to hear Murray’s declaration, and general manager David Forst says the team does not regret the decision to draft Murray, knowing throughout the process that this situation could play out. Murray was paid a $4.66 million signing-on bonus by the A’s, which he now must forego. That sum will pale in comparison to the $18 million that he will earn if he is drafted in the top 10, which he is likely to do.

There are several pros and cons that can be argued for playing either sport, further escalating how difficult the decision was for Murray. Obviously, there is far less physicality in baseball, with the threat of being tackled by a 300-pound defensive lineman being nil.

On the other hand, choosing baseball would result in spending the first few years of his contract playing in the minor leagues, earning the league-minimum salary. In the NFL, your first game could be a primetime game, with millions watching all over the world. If Murray no longer wants to play in the NFL, or if his career doesn’t play out as hoped, he can return to baseball. Some of the NFL’s biggest stars have turned their hands to baseball with the most notable examples being Bo Jackson and Deion Sanders.

So, as the Kyler Murray saga comes to an end with his decision made, eyes now turn to the NFL draft in April. In a draft class dominated by defensive talent, Murray stands out as one of the most exciting offensive players coming out of college. His Heisman trophy proves he can win a game all by himself. However, his size as a quarterback is unprecedented in the NFL, possibly limiting the number of teams willing to draft him.

Come 26 April, Murray will know whom his NFL career will begin with. Whoever it may be, that team will be acquiring the services of an accurate, agile player that is one of the best dual-threat quarterbacks ever seen in college football.