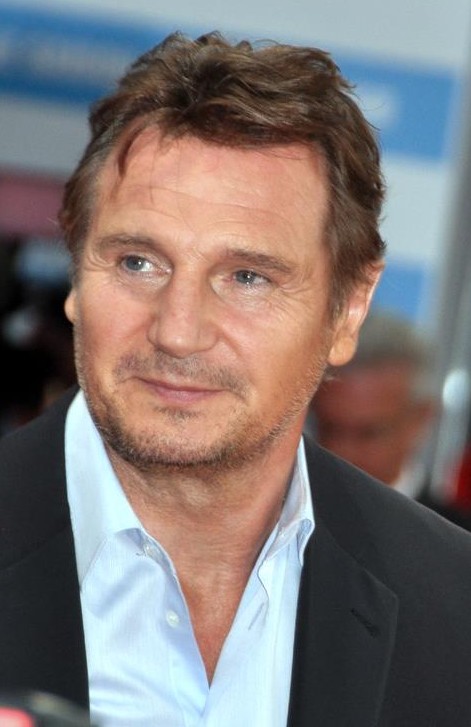 There are these things I like to call the 4 D’s. If you are a person of colour, undoubtedly you have met them. If you are a woman of colour, they are old friends. They usually appear whenever the topic of gender or race is discussed. They are: Dismissal, Denial, Deflection and Derision.

Not necessarily in that order of course. No, the use of the 4 D’s is as varied and creative as the number of majority ethnic individuals there are to use them. I say majority ethnic rather than just white because of an interesting conversation I had about tribalism in Africa the other day. But that is a story for another day. Also, much like Gamora’s hairline, we do not talk of it to outsiders.

However – I have got to say this Liam Neeson business is the first I’ve ever seen white people (being the majority ethnic folk at the centre of this) use it on one of their own. I mean if it were the late 19th Century, before Irish folk fought their way up the racial hierarchy to be considered white, it’d make sense, right? Or am I just a cynic?  Because it seems to me that for every person who read the actual article, fewer made it past the headline. Even less listened to the freely available audio. Was he misquoted? No. On 4 February Liam Neeson, when asked to talk about his latest film which deals with revenge, freely shared the following with The Independent:

“I went up and down areas with a cosh, hoping I’d be approached by somebody – I’m ashamed to say that – and I did it for maybe a week, hoping some [Neeson gestures air quotes with his fingers] ‘black b******’ would come out of a pub and have a go at me about something, you know? So that I could… [another pause]… kill him.”

Neeson clearly knows what he’s saying and how shocking it is, how appalling. “It took me a week, maybe a week and a half, to go through that. She would say, ‘Where are you going?’ and I would say, ‘I’m just going out for a walk.’ You know? ‘What’s wrong?’ ‘No no, nothing’s wrong.’”

He deliberately withholds details to protect the identity of the victim. “It was horrible, horrible, when I think back, that I did that,” he says. “And I’ve never admitted that, and I’m saying it to a journalist. God forbid.”

Twitter was ablaze! Condemnation ran thick. But you know what didn’t, in my opinion? Self-reflection. That’s why I called up the 4 D’s. For every majority ethnic individual who read the full thing and the follow up GMA interview and still managed to condemn him, understanding it was 40 years ago, and that obviously from the interview he gave he no longer thinks in that way; so many more didn’t.

So many refuse to accept the journey he took to get from that to here, to use it to understand not just his art but human nature. No. Far too many would rather just scapegoat him. Make him a whipping boy for their own racism or racist beliefs.

Is Liam Neeson racist? No, he is not, problematic in many other aspects as he may be. The vast majority of this outrage is nothing more than performative sympathy for people of colour made by those who still clutch their bags a little tighter when people like me walk past, still call a lone black woman on the streets during RAG week a “black b****” then come back sober to say they didn’t mean anything by it. It is literal virtue signalling, spread like a meme, that does nothing for any of us.

The fact that many are revolted by his comments is grand stuff altogether, but that so few took the time to actually hear his story and that fewer still, even mentally, will take that journey is deeply problematic.