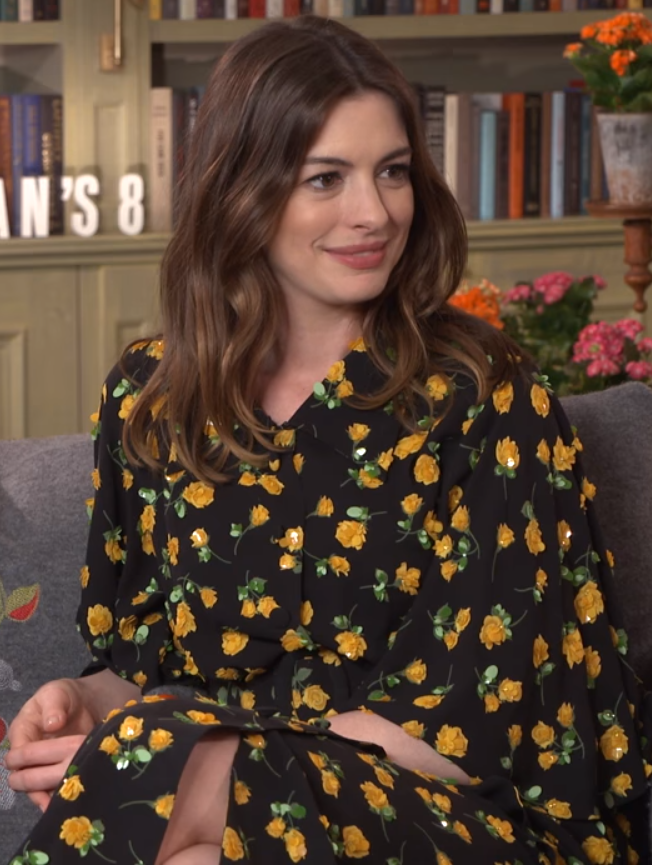 On a recent appearance on the Ellen Show, Anne Hathaway revealed she intends to abstain from alcohol for the duration of her son’s childhood. She declared; “I’m going to stop drinking while my son is living in my house, just because I don’t totally love the way I do it, and he’s getting to an age where he really does need me all the time.” She expressed her mortification at the idea that her child would see his mother either drunk or hungover, believing long-term sobriety to be a rational response to this fear. However, should mothers really give up drinking for their children?

There are a plethora of justifiable reasons for abstaining from alcohol. Addiction issues, health and preference are all reasonable considerations when consuming alcoholic beverages, but in Anne Hathaway’s case it seems, the actress may be taking the matter too far. She claims it would be irresponsible for her son to see his mother inebriated, but why does one have to be drunk or hungover? Why is it not an option to drink in moderation and teach children about the responsible consumption of alcohol? By demonising alcohol and disregarding the notion of careful drinking, we create this idea that all forms of alcohol consumption are unhealthy. The failure to teach children how to behave responsibly around alcohol increases their risk of developing an unhealthy relationship with drinking.

Hathaway’s comments are reminiscent of remarks made by both the late Peaches Geldof and her mother Paula Yates. Yates was a regular feature on daytime chat-shows espousing tips on parenting and the role of mothers. An active member of an attachment-parenting group, Yates re-popularised the image of mothers as models of perfection. Attachment parenting (AP) is a philosophy that suggests good mothers do not work outside the home, put themselves above their children or partake in any toxins, including pain medication given in childbirth.

Participants of AP are often led to believe only motherhood gives meaning and purpose to a woman’s life. The burden of this unrealistic expectation placed on women leads to guilt for appeasing their own wishes rather than those of their children. This nauseating ideology that women should sacrifice their sense of self, lest they be called an unfit mother, is a serious threat to feminism. It brings to mind the hypocritical nature of the celebrities who promote such unrealistic lifestyles.

Both Yates and Geldof died of an overdose whilst their children played at their feet. Though Anne Hathaway’s scenario is far less extreme, her hypocrisy is valid nonetheless. She claims it would be morally wrong for her son to see her drunk or hungover, yet when he is older he can read all about her drunken escapades on the internet. Whilst she criticises extreme lifestyle choices and those who engage in them, she gleefully accepted an Oscar for a film in which she lost 25 pounds and admittedly became ill.

Many have asked why don’t the fathers have to abstain from alcohol too? But the real question is why should anyone have to? In a world where gender equality has evolved into a frequently discussed topic, is it right to force our choices on our partners? The question about male participation is asked under the guise of equality, yet by its very nature it threatens the right of men to choose their own lifestyle. Somewhere along the line people forgot that unity doesn’t mean symbioses.

Ultimately, Anne Hathaway has the right to parent as she sees fit, but it is potentially dangerous to ignore the ramifications of her words. As a celebrity her influence is far-reaching and her failure to differentiate between healthy, socially conscious drinking and excessive alcohol consumption, has the power to negatively impact the thousands who look to her with admiration.