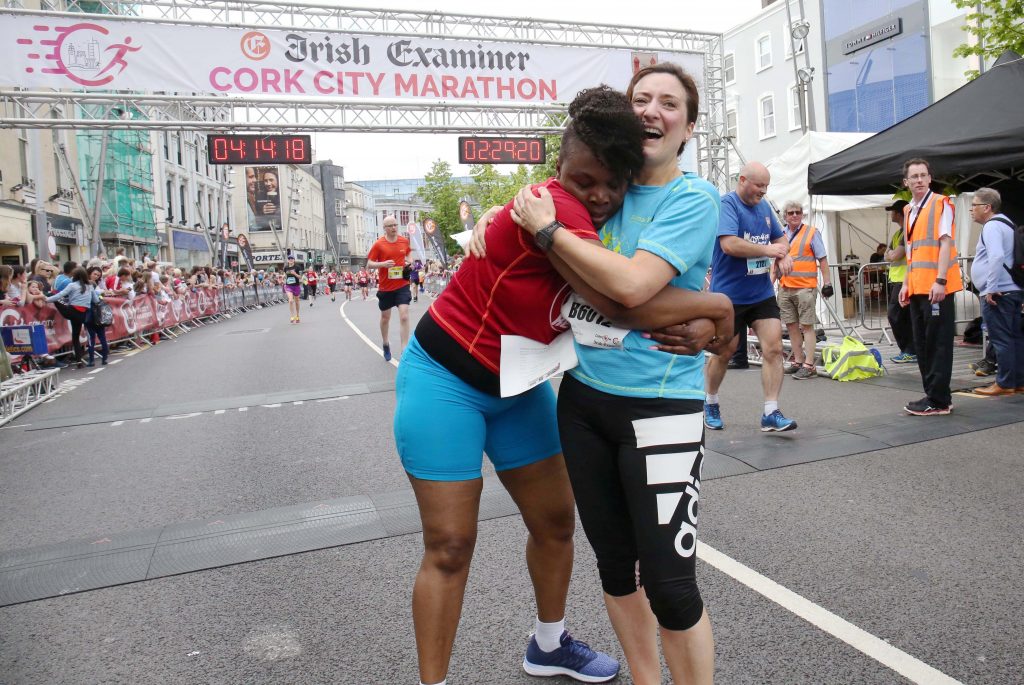 The Sanctuary Runners, who are a running club that aim to have locals and people in Direct Provision run together and get to know each other, held their first run in Galway on Saturday 9 February at the Knocknacarra Parkrun.

Founded initially in Cork by journalist Graham Clifford, Sanctuary Runners are now also in Dublin, Limerick and Waterford, with hopes of setting up clubs next in Sligo, Tralee, Portlaoise and Longford.

In Galway, there are currently 356 people housed in the city’s two Direct Provision centres – the Eglington Centre in Salthill and the Great Western House in Eyre Square – according to the Reception and Integration Agency (RIA).

NUI Galway Professor in Human Rights Law, Siobhan Mullally, ran with the Sanctuary Runners in the Cork City marathon, so there has been a Galway influence on the project from the start.

Clifford also said that he hopes to eventually have Sanctuary Runners wherever there are Direct Provision centres in Ireland.

“I’m getting contacted by people all over the place,” he said of the feedback Sanctuary Runners have received.

“About 50 of those (marathon runners) were from five Direct Provision centres across Cork city and county. Then the rest were Irish people or people from Britain or France or Norway. We had 40 different nationalities running in the Cork City Marathon.”

“This initiative is about respect and solidarity. Life in Direct Provision can be so difficult, so restrictive and limiting. This is a way for Irish people to reach out that hand of friendship in a positive way and show they care,” she said.

Furthermore, Sanctuary Runners have collaborated with the Parkrun movement, which are timed 5k runs that are accessible to all.

“They’re very friendly. You don’t have to be a runner, some people walk, some people jog, and there are four Parkruns in Galway,” explained Clifford.

The project has garnered global attention, being featured in Runner’s World magazine.

“On the back of that we’ve been contacted by people from Brighton in the UK, Italy and San Diego, California looking to try and do a similar project there,” said Clifford.

“The basic concept is something that could work in any of the developed world really, because I suppose there’s similar issues with migration in all developed countries at the moment.”

Generally, Clifford also said that it is easy and free to get involved.

“If students want to get involved just email sanctuaryrunnersgalway@gmail.com, and all they have to do is say they want to get involved. Then just show up at the Parkrun and we give them one of our blue running tops that we got made and get stuck in.”

“It’s not a charity, so there’s no need for money at any stage. Nobody is ever asked to fundraise. You also don’t have to sign any membership.”

The less accomplished runners amongst you also have nothing to fear, as Clifford said the running is only “secondary.”

“It could be tiddlywinks for all I care. The running is just a vehicle to get people together, chatting and getting to know each other in a very equal kind of way, so that the legal status of somebody, be they an Irish citizen, an asylum seeker or refugee, disappears and it’s just people running together as people.”