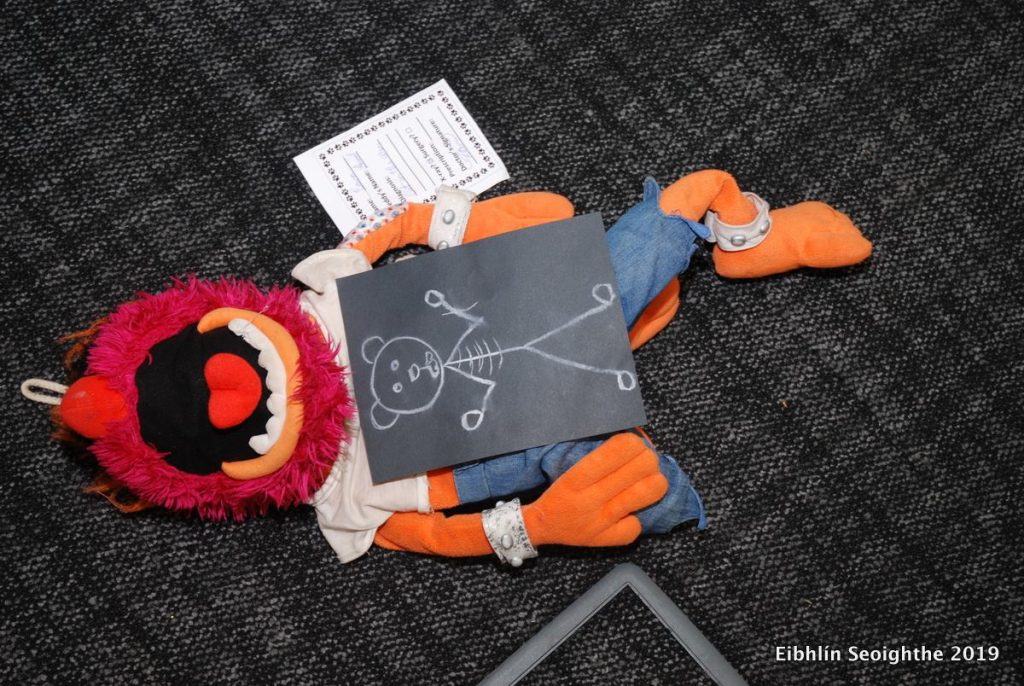 On 17 – 18 January, NUI Galway hosted its 14th Teddy Bear Hospital, which took place in the Bailey Allen Hall. Over 1,200 children from primary schools across Galway were welcomed in with open arms to treat the children’s sick teddy bears.

However, not only were children’s sick teddy bears treated, it also taught children to overcome their fear of hospitals and doctors and to feel more comfortable around them. The Teddy Bear Hospital held various activities to make it a day to remember.

There were bouncy castles, face painting and a colouring area where the children would have a chance to colour in a picture, and have it stuck on the noticeboards around the Bailey Allen Hall. The children weren’t the only ones getting special attention, their teddy bears also got to experience various activities too.

These activities consisted of a consultation table filled with fresh fruits where the children received a ‘pawscription’ after examining the patient, the Teddy Bear Pharmacy which was stocked with fruits, a surgery table where the teddy bears got their wounds stitched up and lastly, the x-ray machines where children assisted in sliding their teddy bear in to check if there were any broken bones.

“My teddy had a heart attack because my sister screamed at her,” one child shared with SIN.

There were so many stories to hear, some that ranged from broken legs and arms, from falling down the stairs to flying and colliding with trees. A six-year-old boy with a fluffy dog teddy said that “his heart is broken because his girlfriend dumped him.”

The children were so open and comfortable with sharing the stories of how their teddies were injured, and spent the day with a smile on their face. From the consultation straight through to getting x-rayed, their smiles were never-ending.

“It is so well organised, everything is so well done. The kids are just beaming and will surely always remember this day,” one parent said.

Parents and teachers were all smiles too while they accompanied the children and their patients around the Bailey Allen. “We never had anything like this when we were growing up. I think it is a fabulous idea because the kids are in their element and it really does teach them how to be more comfortable around doctors. Great idea,” one teacher shared with SIN.

With thanks to NUI Galway’s Sláinte Society and all the volunteers that helped out during the day, the event was such a huge success that even the teddy bears went home smiling.