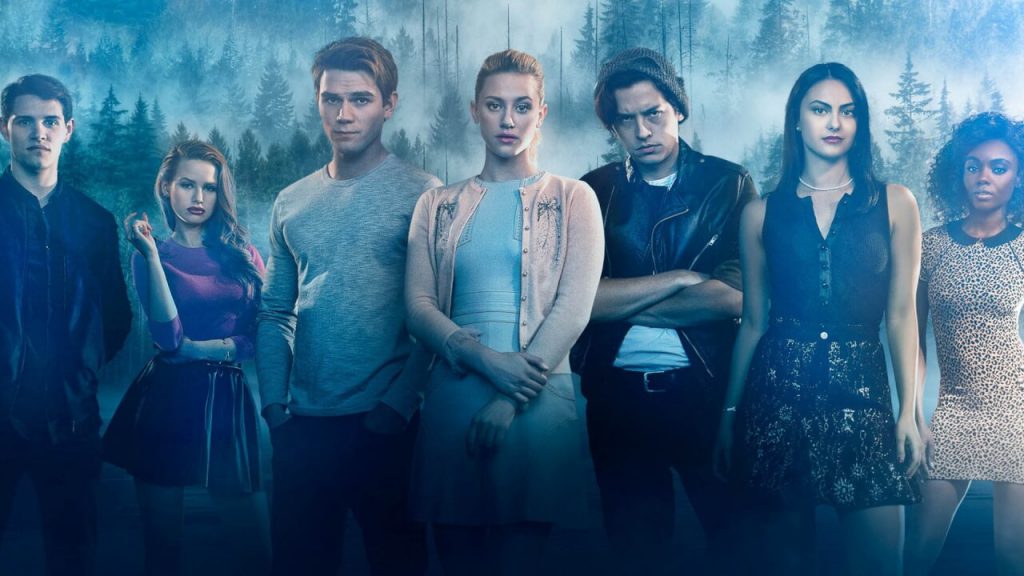 Anyone else guilty of watching Riverdale, the teen drama show set in a mysterious town that seems hell-bent on self-destructing? I started watching the show in the hopes it would be a better version of Pretty Little Liars, believing that some writers and showrunners out there actually notice glaring plot holes and remember what happened in season one, gradually joining the dots to form a logical conclusion.

Riverdale has presented me with a different problem: bizarre storylines that have no connection to one another, that become more and more insane as the tv show progresses. Riverdale season one starts out with the murder of Jason Blossom, and the story follows a sort of mystery drama. Season two takes a ridiculously dark turn, with Betty’s annoying dad Hal Cooper being outed as the Black Hood, a crazed serial killer who tried to kill Fred Andrews (aka the only faultless man in the show) not once but twice. If you thought that plotline seemed a bit far-fetched (why did Hal randomly just start killing people in season two, when serial killers usually act over prolonged periods of time?) wait till you get to season three.

Season three features one of the most ridiculous plotlines in the history of tv, and I am including Lost. Riverdale’s resident crime lord, Hiram Lodge, expertly portrayed by Mark Consuelos – you may know him as the police officer from Friends who pulls over Rachel while she’s driving the Porsche – has decided to use the town of Riverdale as his own drug factory, with the entire town being quarantined and guarded by state troopers with guns. Think The Simpsons Movie, but without the dome.

But this is not the craziest plot of this season, oh no. While Hiram is all up in high school students’ faces, giving them seizures with his drugs, he’s trying to murder his daughter’s boyfriend, and literally no one in the town seems to care at all, when it is overwhelmingly obvious that Archie is not guilty. There is literally zero public outcry, and no lawyers willing to help, despite the fact Hiram has been imprisoned, is a known Mafioso, and can have people killed with the click of his fingers?

And on top of this, everyone in the town is playing a knock-off version of Dungeons and Dragons called Griffins and Gargoyles, which is making people take their own lives. There is also some demonic figure called the gargoyle king running around in a big cape with a bloody animal skull mask on. And no, it isn’t Hiram Lodge. Is it Hal Cooper, busted out of jail? Who even knows at this point.

Some of the even more unrealistic plot points include the Sisters of Quiet Mercy convent, which is essentially a modern-day Magdalene Laundry. I find it incredibly difficult to believe these sorts of institutions would be allowed in 2019… is there no law enforcement in this universe? That’s right, there is literally only one police officer in the entire town of Riverdale, and he was Hiram’s lackey, that is, before Hiram had him beheaded and dismembered. The whole story is just so ridiculously laughable, yet I can’t stop watching this cursed show.

The one thing I really hate about Riverdale is how it unnecessarily sexualises the “teenagers” (all the cast are well over 20) on the show. Archie, as a character, is little more than a hunk of meat. At every opportunity, the show seeks to make him shirtless. In prison, he was forced into a bare-knuckle boxing gang, and this plot point lead to nowhere: the writers just needed to make sure KJ Apa had at least 20 minutes of bare-chested glory.

The female characters are also completely sexualised. When Veronica and Toni go to bust Cheryl out of the Sisters of Quiet Mercy’s dungeons, they dress in heels, low-cut tops and night-club wear. While they both look stunning, it is completely ridiculous they would be dressed like that to go on a stealth mission. It is just so unnecessary, why can’t two girls help their friend without it turning into a runway?

Another part of Riverdale that really annoys me is how the show glorifies gang culture. While the Southside Serpents are no Heartless Felons, they do dabble in serious violence: Jughead literally slices the skin off Penny Peabody’s arm (this is a far cry from the sensitive writer of season one), while his mother seems to murder Penny pretty casually, judging from hints in the last episode. While the show may represent the Serpents as a family, listening to the latest season of the Serial podcast will have you convinced: a gang is not a family. Most vulnerable young people who are in these gangs wind up dead, in prison, or in witness protection. Riverdale completely fails to examine gang culture effectively.

Ridiculous plotlines and oversexualisation aside, Riverdale does get one thing right: representation. Featuring a diverse cast with many actors from minority backgrounds, teens can finally see themselves on screen. There is also great LGBTQ representation, with Kevin, Toni and Cheryl all engaging in relationships which are not a main plotline: there is no dramatic coming out story that lasts a whole season, their character isn’t defined solely by their sexuality. This is definitely a step forward from most tv shows where writers shoe-horn in a gay character just to tick the box for representation.

All in all, this show is so bad it’s actually good. I want to stop watching it, but I feel like I have invested too many hours of my life into this weird town to give up on it now. Then again, that’s what I thought when I was watching Pretty Little Liars, and I was severely let down by Marlene King. Here’s hoping Betty doesn’t have an evil British twin sister!