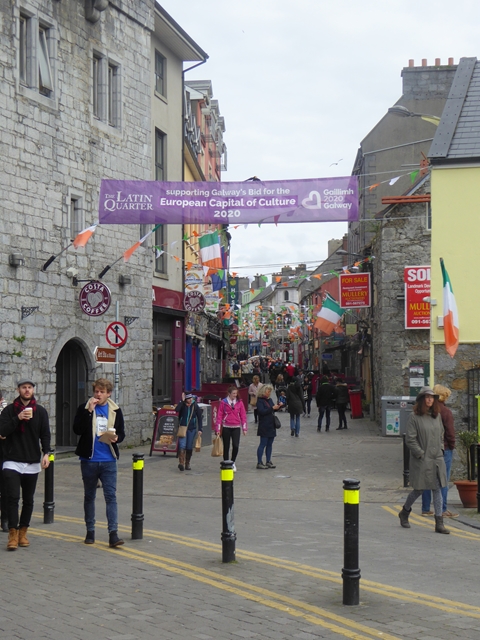 In July 2016, Galway was awarded the much – coveted title of European Capital of Culture 2020, beating off stiff competition from Limerick and the ‘Three Sisters’ cities: Kilkenny, Wexford and Waterford.

The hard work paid off for all involved at the time, the city and county were in ecstasy with this news, but it was short – lived, things were about to take a turn for the worst. Much drama was to follow, with the Creative Director of Galway 2020, Chris Baldwin, resigning in the latter stages of 2018. When contacted by SIN, Mr Baldwin declined to comment on the matter: “I will not be making any further statements on G2020.”

In 2016, prior to the bid, the local well – known poet Rita Ann Higgins was commissioned by Galway City Council to “cast a critical eye” over the city. Higgins did this in the form of a poem which was later seen as an insult to the city and subsequently was omitted in the final version of the Galway bid book. The highly controversial poem titled ‘Our Killer City’ was not was at all what the committee expected. The outspoken poet gave a critical view, and spoke mainly about the politics of the city, zooming in on sewage issues at Galway Fire Station, hospital waiting lists and allegations of cheating at GMIT.

“Writing ‘Our Killer City’ was never going to be an act of embellishing or setting up Galway as some kind of Banríon. I couldn’t look at the social and political shortfalls of the city and write anything other than the poem I wrote,” said Higgins.

“I have no regrets, only that perhaps I didn’t go far enough to highlight the city’s foibles and inadequacies. The contempt shown to various artistic groups by Galway 2020 has convinced me that the people involved had absolutely no sensitivity to the arts or culture or the individual.”

“This was after inviting various groups to participate with suggestions of what a capital of culture might look like. They used all their ideas to sell the bid book to the judges and then when it was time to put all these suggestions in motion, they slashed each and every project to ribbons.”

“This left artists and directors and producers with very little hope of bringing forward their original vision. So, each project now is a shaved down version of an original concept. This is not how creativity works. Someone should tell them. Culture is about a lot more than the greasy till.”

Local teacher and artist Holly Mullarkey also commented about Galway 2020, saying: “I once worked as an artist in the area of disability. A glossy magazine was produced, congratulating management for their vision in the arts. The artists barely got a mention, and found it both offensive and disingenuous. The era of identity theft was in.”

“I fear that this same type of identity theft underpins the business model of top down management with the artist as a pawn, rather than a centrepiece. To honour the artist as centre stage, a visible effort needs to be made to provide studio space in some permanent capacity. The artist is not incidental in the glossy business model… until these changes, 2020 will continue to lose good people. Long live the artists.”

When SIN contacted City Mayor Niall McNelis, he said he was unable to comment as he is a member of the Galway 2020 committee.