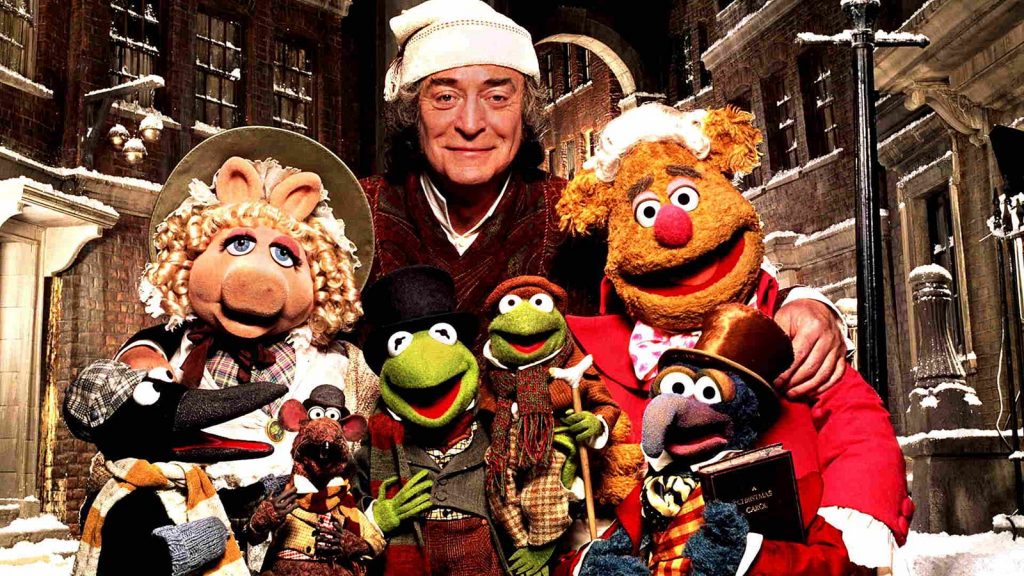 With Christmas slowly but surely creeping up, it’s almost time to binge on the cinematic classics we hold close to our hearts. But what ones are a cut above a lot, and I mean a lot, of the commercialised garbage that gets released? These 10 films may be enough to fill you with a sense of holiday cheer.

Starring Seth Rogen, Anthony Mackie and Joseph Gordon-Levitt, The Night Before follows three friends who decide to end their decade long Christmas tradition when Isaac (Rogan), is set to become a father. This film was swept under the rug when it first came out as it was released the same weekend as The Hunger Games: Mockingjay Part II. Even if it isn’t as spectacular as some of the later entries, definitely check this one out.

I know I’ll probably be shot for this, but The Polar Express is one big gimmick, but that gimmick works massively in its favour. Though the movie is visually stunning overall, the story is stupidly padded. However, the animation is nothing short of spectacular. The environments look fantastic. The only critique that can be given about this film is about the human characters. In an attempt to look realistic, their animation has them falling into the uncanny valley at times.

Whilst The Santa Clause isn’t a very exciting film, the imagination of some parts of the film keep it firmly rooted in the good old – fashioned holiday spirit missing from too many modern yuletide films. Tim Allen’s performance is enjoyable to watch, and he sells the role of Santa Claus well. The only negative of this film is the god – awful sequels that spawned after it. Don’t watch those unless your life is in danger.

Whilst it isn’t the most faithful adaptation of the classic Dickens story, The Muppet Christmas Carol is entertaining for its comedy and timeless humour. It’s definitely a film more enjoyable with a multi – generation viewing, but the message the film gives still pulls through regardless of the ages viewing it. Michael Caine steals the spotlight here with his performance as Ebenezer Scrooge.

An Aardman film being really good? Must be a day ending in ‘y’. What makes Arthur Christmas really good is the subtleties within it. The humour for the majority of the film is fast – paced and you’ll have to watch the film about three times to understand all the jokes. The underlying theme of the generational dispute between all three Santas elevates the film even more.

Our first of two TV special Christmas films is Dr Seuss’ How the Grinch Stole Christmas! At only 26 minutes, it brings an impressive array of talent to bear on an adaptation that honours a classic holiday story. The message given by the film is truly timeless, and is one we can all learn from, especially with how much we complain about Christmas being celebrated too early, I’m looking at you Brown Thomas.

Our second TV short, A Charlie Brown Christmas is delightfully charming in its presentation, even if the animation is a bit choppy at times. Its message provides an appealing lesson about the true meaning of Christmas. This one is easily accessible, as you can find this one floating around on YouTube.

Elf is a spirited, good – natured family comedy benefiting greatly from Will Ferrell’s funny and charming performance as Santa’s biggest helper. However, can it be held on the same pedestal as Home Alone, which it is most often compared to? That is a question only time can answer.

Pretty much everyone has seen this one, and with good reason. The character that is Kevin, played by Macauley Culkin, captures everything great about being a kid perfectly, even if his situation is ridiculously implausible. The comedy is also entertaining to rewatch nearly 30 years later. I would say go see this one, but you probably already have.

Yes, Die Hard does count! Everything in this non – stop cinematic masterpiece is excellent. The action is heart stopping and the performances are Oscar worthy. Even the comedy, whilst sparse, is still funny throughout. Even if you don’t recognise this as a Christmas film (even though you should) you won’t regret watching it!