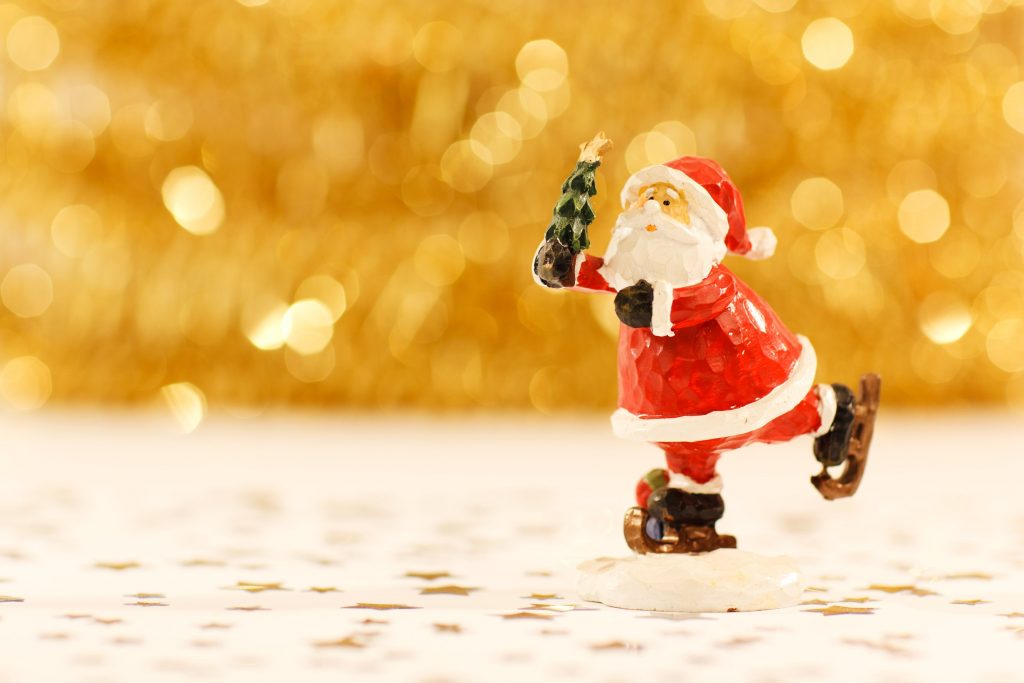 Most kids have traumatic stories about the way they found out jolly ol’ Saint Nick is actually just a myth. Cousins, siblings, classmates who crushed their dreams by uttering the words, “Santa isn’t real”. A crushing statement, but it is the truth. I wouldn’t know what that feels like because no one decided to tell me the truth, my mom and grandmother even got creative to try and bolster my belief.

Like most young kids I so desperately wanted to believe Santa was real, even when kids at school started talking about him being a lie. I was probably around 12 when I asked my mom and grandmother if Santa was actually real. I know now that the answer should have been ‘no’, but they were desperate to keep the magic alive in my heart. I never got a clear answer.

I was told that it would be a shame not to believe in Santa and that he exists in all of us. Santa existing in all of us didn’t tell me whether or not a big fat man slid down my chimney every 24 December. Sensing my dwindling belief in Mr Claus, they pulled out all of the stops.

My grandmother handed me a copy of Yes Virginia, there is a Santa Claus. In 1897 a little girl in New York, Virginia O’Hanlon, wrote a letter to the New York Sun asking, “Please tell me the truth, is there a Santa Claus?” The response of writer Francis Pharcellus Church is beautiful and has since been re – published every year around Christmas time.

“Yes, VIRGINIA, there is a Santa Claus. He exists as certainly as love and generosity and devotion exist, and you know that they abound and give to your life its highest beauty and joy. Alas! How dreary would be the world if there were no Santa Claus. It would be as dreary as if there were no VIRGINIAS. There would be no childlike faith then, no poetry, no romance to make tolerable this existence. We should have no enjoyment, except in sense and sight. The eternal light with which childhood fills the world would be extinguished.”

These days I read Church’s response and weep, but a decade ago it didn’t do much to quell my skepticism. I had actually forgotten the title of the famous piece until I messaged my grandmother asking for it. Even now at the age of 22 when I asked, “What was the story you sent me to try and get me to believe in Santa?”, she responded with, “You mean you don’t????”.

By the time Christmas Eve rolled around I was expected to participate in the pageantry of laying out Santa’s milk and cookies and sprinkling glitter mixed with oats on the front lawn. (The oats were reindeer food; the glitter was so they could find it). When I woke up the next morning a small bit of my belief in Santa was restored; a scrap of red velvet was stuck in the cover of the fireplace.

Years later I know that Santa isn’t real, but the magic of the holiday still does live within me. I recently asked my mom how the scrap of velvet got there. She confessed that they had purchased a kit specifically meant to get kids to believe in the big man. I’m pretty sure it wasn’t meant for 12–year–olds, but I admire their commitment to making me believe.

While I do wish I could have gotten a straightforward answer to my question to make Christmas a little less confusing, I am grateful that my mom and grandmother worked so hard to keep the magic alive for me. Apparently the truth about Santa is just as hard for loved ones to share as it is for little ones to receive.

For some, Santa isn’t just a jolly elf who delivers gifts and eats cookies. He represents hope, kindness, tradition. He is a glimmer of light in a world that is sometimes very dark. We all want to cling to magic, and even when we’re all grown up we can see that magic in the form of a child’s joy on Christmas morning.

In the words of Church, in his response to the question, “Is Santa real?”:

“The most real things in the world are those that neither children nor men can see. Did you ever see fairies dancing on the lawn? Of course not, but that’s no proof that they are not there. Nobody can conceive or imagine all the wonders there are unseen and un – seeable in the world… Is it all real? Ah, VIRGINIA, in all this world there is nothing else real and abiding… No Santa Claus! Thank God! he lives, and he lives forever. A thousand years from now, Virginia, nay, ten times ten thousand years from now, he will continue to make glad the heart of childhood.”