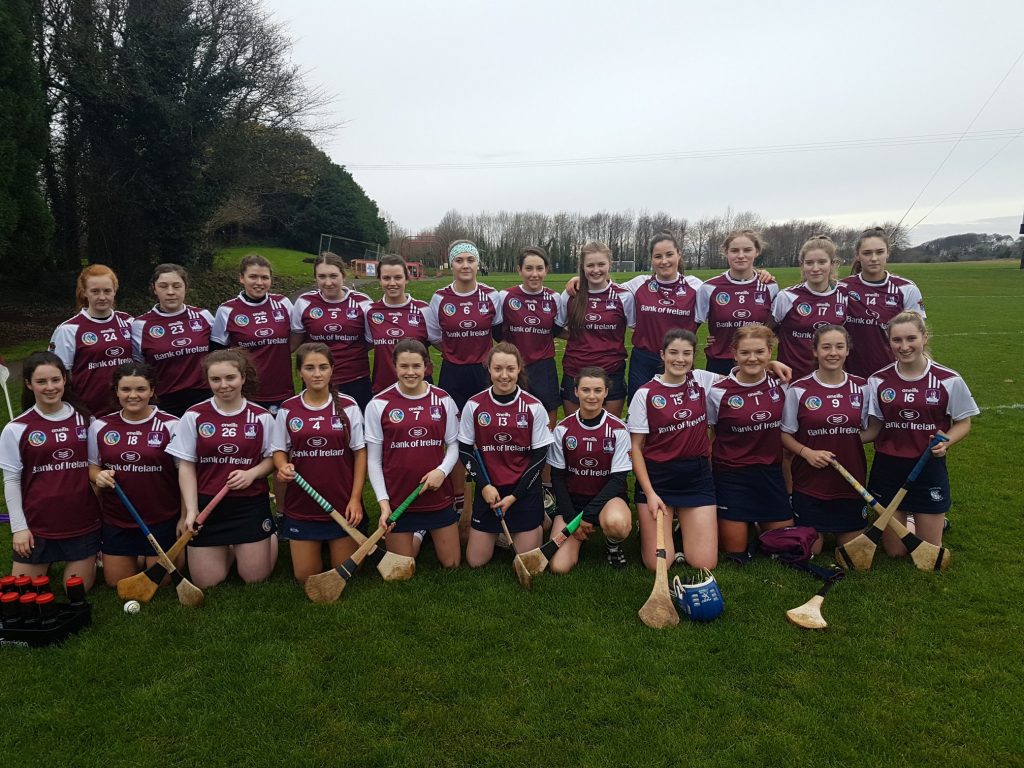 Reigning Purcell Cup champions NUI Galway enjoyed a winning start against a determined IT Carlow in round one, played in perfect conditions in Dangan on the afternoon of 4 December. Fielding five of last year’s winning side, NUI Galway were tipped by many to secure the league two points. However, the stern and determined efforts of the Leinster college had the result in doubt until the final ten minutes.

Missing five who may yet play a part for the Galway college in the championship and fielding nine fresher camogie players, NUI Galway were quickly off the mark as All – Star nominee Carrie Dolan opened the scoring in the first minute. Moneygall’s Orlaith Murray struck for goal number one from close range before points from Dolan, Aoife Donohue and Murray again sent NUI Galway six clear after five minutes, quickly followed by a goal from Carrie Dolan.

With thoughts of an easy win now emerging for the home side, IT Carlow hit back hard with 1–2 in three minutes, before Donohue and the massively impressive Rachel Hannify (making her debut) grabbing a point each. IT Carlow rallied with a brace of scores, and Rebecca Nolan was busy in the home side’s goal to deny IT Carlow on two occasions in the first half.

NUI Galway outscored IT Carlow 1–3 to 1–0 in the final minutes of the half with Rachel Hannify racing clear for her side’s third goal. It must be acknowledged that NUI Galway were most unlucky not to score at least two more first half goals and that ensured IT Carlow were in contention at the interval – only seven points in arrears, 3–8 to 2–4.

Aided by a stiff breeze in the second half the Mullagh All – Star Donohue hit for 1–1 to surge NUI Galway 11 clear in the opening minutes of the second half with the goal, a stunning finish after great work by Molly Mannion and Grace Teehan. Even though the Carlow college managed only one second half score they indeed had more than enough possession and created opportunities only for a well – marshalled defence led well by Niamh Black, Emma Helebert and Lauren Gilligan.