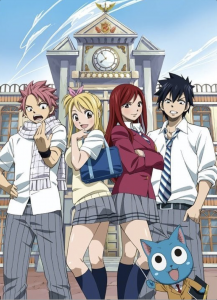 Anime lovers in NUI Galway are in for a treat with the Anime Society. SIN spoke with auditor Paul O’ Connor and was given an insight to what the society entails.

“We watch Anime twice a week, on Mondays and Thursdays,” Paul told SIN. “We show the first six episodes of different shows, I like to give everyone introductions and then let them do their own thing after that.”

The Anime Society screens movies on the Mondays and plays tv shows on the Thursdays, which include Anime like Zombieland Saga and Cowboy Bebop. The traditional offering of pizza is also available too.

“We also have Akumakon. It is the oldest convention in Ireland. We have people from America, Canada, Japan and Germany to help us out!” Akumakon takes place 18 – 20 January 2019 in the Bailey Allen Hall in NUI Galway.

Akumakon 2019 will include guest speakers such as Leah Clark, who has been a voice actor in Anime like Fairy Tail, One Piece and Soul Eater, Youtuber MasakoX who is voice actor in the Anime Dragonball Z as well as being a vlogger too. Japanese and Dutch cosplayers will also be there for Akumakon to show off their cosplay outfits.

People who come to the convention will also be able to learn about Japanese culture. “It’s important to know about the Japanese culture because that is where Anime originated from,” Paul explained.

The Anime Society are always more than happy to take on new members who are Anime lovers or who just watch Anime for fun, anyone can join.