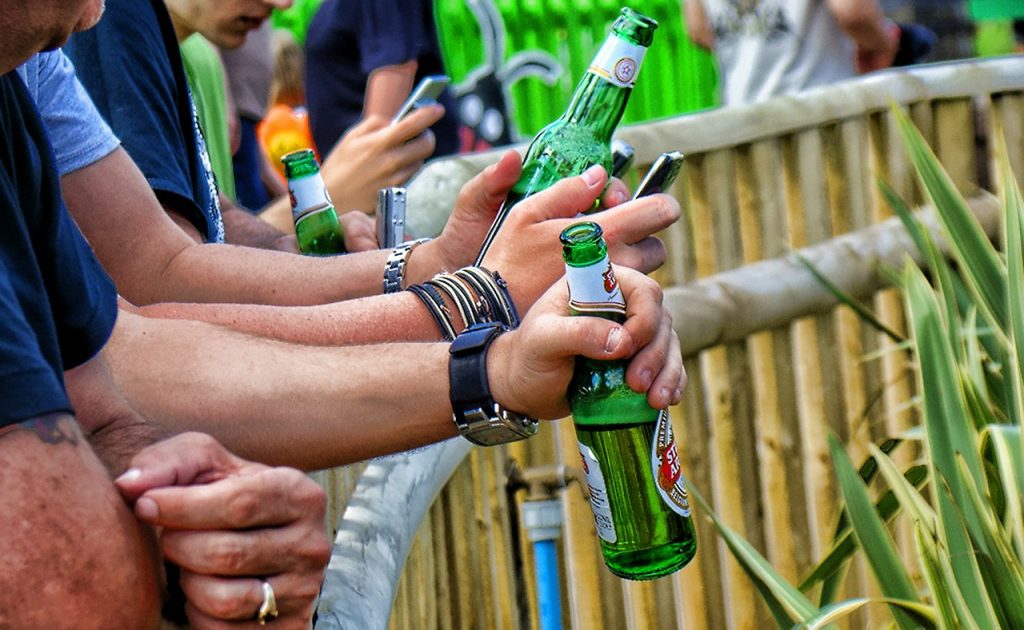 Residents in the Newcastle/Dangan area of Galway have been suffering because of the behavior of student residents, SIN has learned.

Residents have dealt with student tenants for years, but there are still incidences of serious anti – social behavior.

A representative for Fairlands Park shared with SIN; “We have had issues with students each year. This year is no worse and no better than any other year.”

“The issues that we generally have are more coming from the neighboring estates, from parties in the back gardens of Greenfields rather than from students actually residing in Fairlands Park.”

“We have incidents of parties there. There’s one instance that comes to mind there, that was brought to my attention there where there was partying, very loud partying in the back garden there. It was backing onto a house where there was a 100 year – old lady residing there, and also next door to it was a four – week – old baby at the time. So needless to say it was obviously a frightening experience for a 100 year – old woman to have to experience very loud noise like that.”

“In the past, a lot of people have preferred that if a house goes up for sale that it’s purchased by someone who’s going to be living there, rather than students. But we know the reality is a lot of houses will be bought by landlords, who will rent them out to students. We have no problem with students living in the estates, provided they have respect for the estates and the people living there.”

“There are a lot of houses rented to students where they are very respectful and they don’t have any loud parties, we respect that. But it’s the minority that give the students a bad name.”

Another resident from Clifton Park, who is also a landlord in Ashfield, shared her experiences with SIN as well. “I’m in this house 15 years and unfortunately I’m attached to a rental property since I moved in. The landlord is in Dublin and his father in law looks after it. And this to me is one of the problems with that tenant.”

“And this year on the third week in September I think it was, on a Saturday morning at around a quarter past six, half six in the morning I could hear banging on a window. And I was half asleep, I thought is that my window? And, you know I was half asleep I was trying to wake up, so when I woke up and I was trying to figure out where the banging was coming from I realized it was at the front of the house, so I got up and looked at the front window.”

“So I realized, this isn’t my house the banging is coming from, it’s another house and at that point the banging had moved to the back. So I went to the back of the house and I realized it was next door and they were downstairs obviously, on the ground floor, so when I got myself together and got my slippers on and whatever and came down I looked at the front of the door to find a student up on top of the flat roof… There was a guy, 19 years of age, 20 max, banging on the window calling out a girl’s name… trying to wake her up to get in.”

She tells SIN of another incident that took place last month. She had just arrived home at quarter to nine in the evening after a long day to hear loud music coming from the adjoining house. She poked her head outside and saw her neighbors as they all watched 20 ‘lads’ on the front lawn “doing a bit of chant.” A little while later eight of the nearby residents were in front of house after having been disturbed by the music. About two hours after making their initial call, two Garda cars and a paddy wagon arrived and knocked on the students’ door, and according to the resident, the students did not seem to care.

The landlord in Ashfield stated; “Because I’m a landlord I know exactly how to treat my students and I’ve never, ever had an ounce of trouble with them.”

She makes sure every year that she meets with at least one parent of each tenant and has their phone number in case there are any issues. She believes it helps to prevent anti – social behaviour.

“When you’re dealing with students, property managing companies and landlords need to up the ante, because it has to come from the top down,” she maintains.

As for the reputation of student residents: “I do feel that the millennial generation have this feeling of entitlement and that they behave in an entitled way. So they’re very remorseful after they’ve felt entitled, but it always happens.”

Jim Molloy from the Garda Press Office told SIN, “There is a very good working relationship between An Garda Síochána and the local third level institutions.  Community Gardaí interact with the Students’ Unions on a regular basis and also the College Authorities who have implemented a Code of Conduct for their students.”

“Incidents which are deemed necessary to be brought to the attention of the College Authorities are notified in accordance with data protection guidelines and in line with the agreed Code of Conduct, which students are aware of.”

“There are consequences for your actions. If caught acting in such a childish manner you can face some serious actions. You could be brought before the University and face suspension or expulsion. You can be evicted from your accommodation. You can face a criminal conviction. This can derail your future career and travel plans. You can face hefty fines. You can have serious difficulties in getting a visa to other countries,” the website states.

Despite the construction of a new purpose built student accommodation at the site of the old Westwood Hotel across the road from Clifton Park, it seems unlikely that the building will do much to reduce the population of students living next door to residents, as the housing crisis in Galway is so severe.