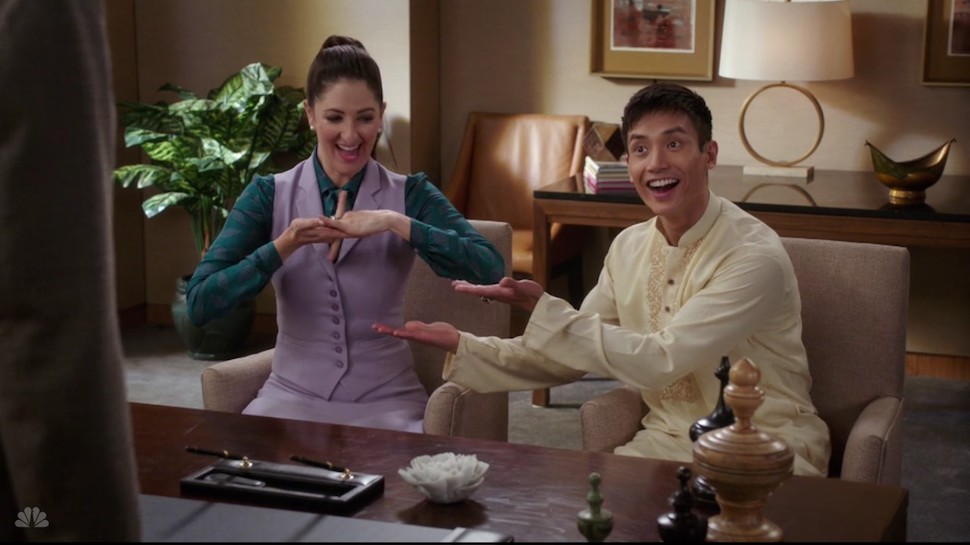 Every student procrastinates – and don’t you dare try and deny it! Sometimes it’s just too late in the evening to start work, sometimes the temptation of watching one more episode is too much, sometimes you just can’t face doing that assignment – sure look at me, why do you think I’m writing this article? Meta. Most people turn to Netflix to find fuel for their procrastination, so I’ve compiled some of my Netflix favourites and also some of the best podcasts to while away the hours – just don’t shout at me if you don’t get your homework done.

“Welcome! Everything is fine.” Eleanor Shellstrop is dead and has been sent to ‘The Good Place’ for all the good deeds and selfless acts she performed during her life. The only problem is that that wasn’t her, and a case of mistaken identity has landed her here. With the help of her soulmate Chidi, her frenemy Tahani and Tahani’s soulmate Jason, can she learn to be a good person and stay in The Good Place? Or is she doomed to spend eternity in The Bad Place? Seasons One and Two first aired in 2016 but now a third season, consisting of 13 episodes, is being uploaded to Netflix with one new episode a week, so once you get your initial fix of this hilarious but thought – provoking series, you’ll be coming back again and again to see where Eleanor will finally end up.

A ‘loose, real loose’ retelling of the beginnings of brand Nasty Gal. After finding a motorcycle jacket for $9 and selling it for $600, Sofia Marlowe sets up her own vintage clothing eBay store in the dark years of the mid noughties. The show has received mixed reviews from critics, but I would take the series with a pinch of salt – it’s a light – hearted and thoroughly entertaining show that’s not trying to be anything it isn’t, and with RuPaul as a co – star, how could you go wrong? Watch wisely, because the show was cancelled after the first season – I watched this in a day and there’s nothing worse than realising you’ve just watched the last episode.

My favourite podcast of all time and one I’ve been trying (unsuccessfully) to get my friends to listen to for years. The Magnus Archives’ last archivist died under mysterious circumstances and now Jonathan Simms must step in to record and investigate all the cases brought into the archive, but will he discover what happened to his predecessor? Each episode is a self – contained story read aloud by the head – archivist, but connections start to appear, and an overarching story line begins to emerge from the fantastically written ‘statements.’ With 120 episodes at 30 minutes each, and a new episode each week, there’s a lot to keep you entertained. Just don’t listen in the dark…

Sally Grissom is a government scientist with more secrets than you’d think. She’s an accidental time traveller who’s ended up in 1943 with no feasible way home. In the middle of a war and a veritable boy’s club of scientists, Sally settles in to take the long way home, but her top secret work on time travel and the addition of a time travelling bullet, will the future be the same one she left behind? This podcast is both for fans of sci – fi and for people who think they don’t like the genre. Although set in a world of science fiction, Ars Paradoxica focuses on its diverse and growing list of characters who span decades and in one case, live outside of time entirely itself. Full of humour but with a great script to keep you enthralled, this is a great podcast for people who are new to the platform.

So, there’s a lot to divide your attention! Or, you know, you could just clean your room.

Photo of The Good Place via Nerdist