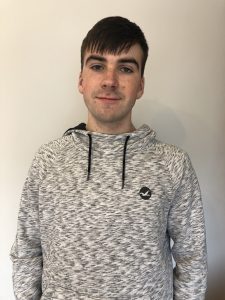 It’s mad to think that this time next month we’ll have Christmas exams. It feels like only yesterday I was in the Bailey Allen Hall listening to the President of the University address us. People told me before the start of the year that I better enjoy my time here because it flies by, and I have to say they were right, the last couple of months have gone by in a flash.

For many first years it will be the first time they’ve studied since the Leaving Cert, and for nearly everyone that leaves a few bad memories of trying to cram information before the exams. I assume for some people, including myself, it won’t be much different this time around.

I know that not everyone will take it that seriously since it’s only a percentage of your overall mark, but getting into a good study habit is important. Around this time is when people start to skip lectures to try to get their work done, and sometimes you can’t blame people. The way some lectures are structured, there is no point in going to them, but saying that I don’t know many people who look back at missed lectures on BlackBoard.

I know that people will think that study week will be enough time to get everything done, it probably won’t be. It can become really difficult for some people to find time to study around now, with the constant stream of essays coming at us, you’d wonder when do they expect us to study at all.

I know from personally doing a BA Connect, some of the lecturers think that the only subject we’re doing is their one. I know I speak for many BA Connect students in that there is definitely more work involved than normal arts, doing near identical workloads for three arts subjects as well as our connect subject can be a bit much for some people.

One of the most difficult things about first year is finding the college/life balance especially around this time, with so much work to do its easy for it to pile up and leave it till the last minute. One of the best ways I’ve found to strike a healthy college/life balance is don’t overdo it when you go out, because the next day is a complete waste. This can really impact the amount of time you have for working on your essays, and if you’re like me and you don’t deal well with deadlines, it can really be a killer. But, on the other hand college is about having fun as well.