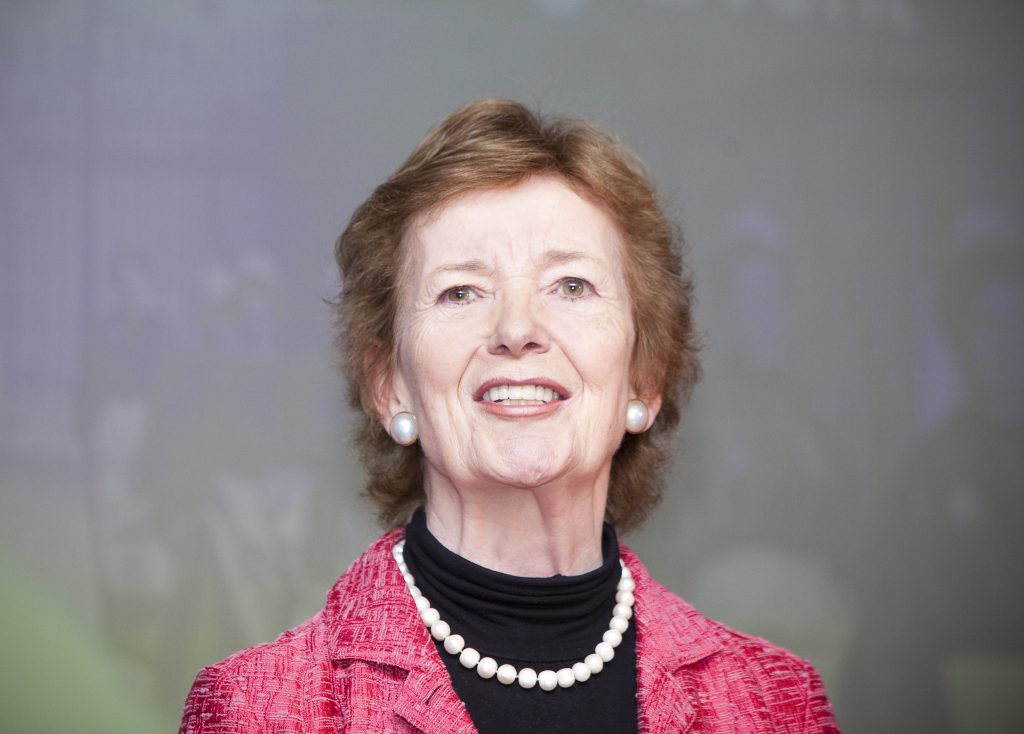 On 24 October NUI Galway hosted Dr Mary Robinson, former United Nations High Commissioner for Human Rights and President of Ireland, for a discussion about the importance of human rights.

‘The Necessity of Advocacy’ event was organised by the Irish Centre for Human Rights and the School of Law – a university – based institution for the study and promotion of human rights and humanitarian law.

Dr Robinson joined a discussion panel on the night, which highlighted the need for advocacy in today’s climate.

The message behind the discussion was the ‘politics of the possible’ and what could be achieved through advocacy.

Speaking on the night, Dr Robinson recalled how at a young age she took part actively in debates during her time at Trinity College, and how advocacy played a major role in her career.

“We needed to open up Irish society, we needed to remove the criminality of suicide and divorce,” she said on the night.

She spoke about her passion for these topics and how she wanted to tackle the issue of family planning early on in her career.

Dr Robinson spoke about how she received hate mail, was denounced in newspapers and defamed in churches because of her actions.

“I had opportunities as a lawyer and a teacher to promote advocacy. My life changed when I was elected President,” she said.

She spoke passionately about her 1992 trip to Somalia, which was against the wishes of the government at the time, and a press conference in which she let her emotions overwhelm her, but it reached out to the world.

“I don’t do advocacy, I do persuasion,” she stated.

The panel also discussed how law and human rights can work together to encourage advocacy and how charities in Ireland cannot legally advocate for human rights under Irish Law.

“We want to use the law as an instrument for change,” Global Legal Action Network Director Dr Gearoid O’Cuinn said on the night.

Dr Maeve O’Rourke, who announced that she would be joining NUI Galway next year as a lecturer, spoke about the need for “lawyers engaging collaboratively with human rights advocacy.”