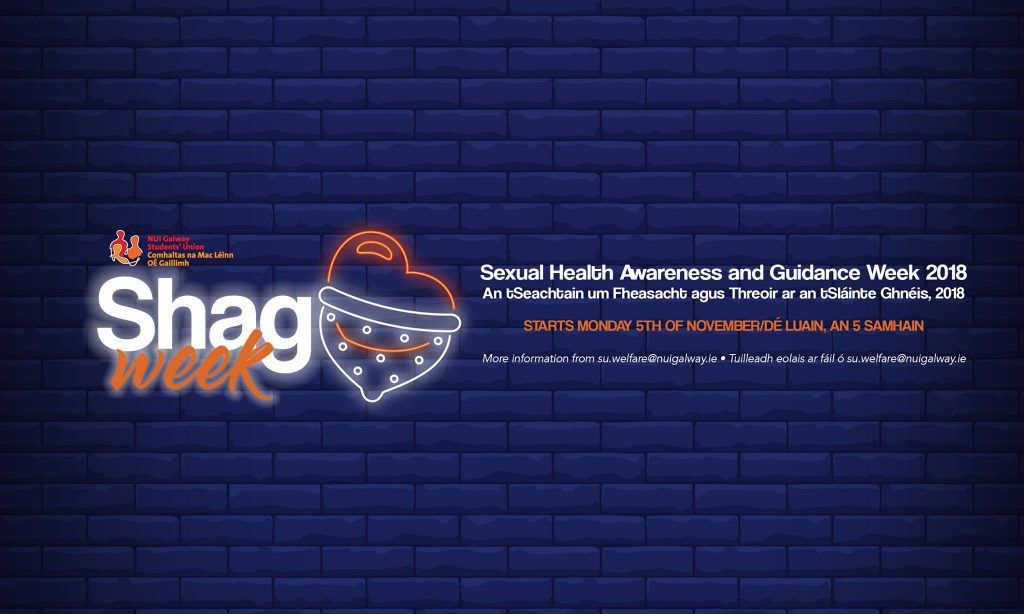 The Students’ Union is particularly excited about the addition of the rapid HIV testing to this year’s SHAG week agenda.

The testing, provided by AIDS West, gives a result in less than a minute and is the world’s fastest HIV test.

“We are delighted to be working with AIDS West to bring this free and confidential service to campus” NUI Galway Students’ Union Vice President and Welfare Officer Clare Austick says.

“I would encourage people to get tested if they have concerns over their HIV status. We want to educate our students about safe, consensual sex and prevention of Sexually Transmitted Infections through initiatives such as SHAG Week.”

The numbers of new diagnoses of HIV in Ireland have increased by 35% since 2011 and the World Health Organisation estimates that 30% of people living with HIV do not know their status.

Early diagnosis is key, as HIV is often transmitted by people who are unaware that they are HIV Positive.

The rapid HIV testing is available from 2pm to 5pm on Wednesday November 7 in The Space in Áras na Mac Léinn.

No appointment is necessary, but you can book an appointment with AIDS West by calling 091 566 266 or emailing info@aidswest.ie if you wish.

The free Sexually Transmitted Infections (STI) Clinic in the Student Health Unit will also have extended hours this week and the Students’ Union will be distributing free condoms at different locations across campus.

Students’ Union President Megan Reilly says that “We hope that our SHAG week events will encourage our students to take a responsible attitude to sexual health and to be comfortable talking about it.”

“It is vital that such issues are not viewed as embarrassing and that all sexually active students are able to get tested regularly.”