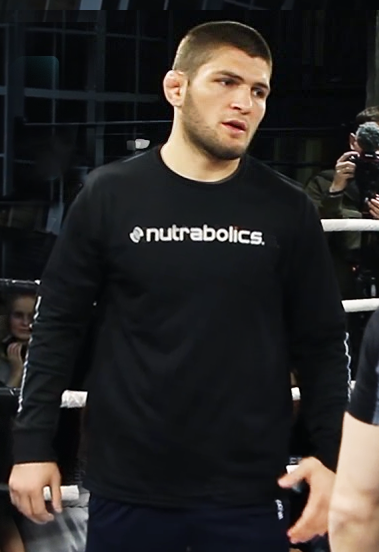 Khabib Nurmagomedov mauled Conor McGregor on 6 October, but managed to come out much worse off than his opponent. His two million dollar purse is still being held by the Nevada State Athletic Commission, his status with the UFC is uncertain and he’s staring down the barrel of a lengthy spell on the side – lines.

As for McGregor? He’s taking home a healthy paycheque, taking a month off for a medical suspension and kicking back, demanding a rematch on Twitter. The wish of the Irish superstar is often the UFC’s command.

The horrific nature of the events at UFC 229 could have landed the UFC of times past in piping hot water. The post – fight brawl comes across as the violent thuggery of a sport many consider barbaric, if they even consider it a sport at all. But scraps like this happen all the time in baseball where bench – clearing scuffles are commonplace. It just looks and feels much worse in this case because it happened after a bloody cage fight. For the UFC in 2018, life goes on.

In all likelihood, Dana White can use this to his advantage. Should McGregor get his rematch we know the brawl will appear all over the promotion, just as Conor’s bus attack did in the build – up to this past fight. The pay per view number reportedly cracked two million, making it the biggest fight in UFC history. With so much money on the table, a sequel is a possibility White and the UFC brass will find hard to ignore. It all depends on what the NSAC decides to do with “The Eagle.”

Khabib Nurmagomedov is 27-0, the undisputed lightweight king and the number two pound – for – pound fighter in the UFC. Despite his incredible resumé, his future as a UFC employee is entirely up in the air. Dana White effectively fired featherweight prospect and Nurmagomedov cornerman Zubaira Tukhogov following his melee with the defeated McGregor. Khabib responded by threatening to leave the company, an ironically Conor-esque move. We know McGregor can get away from disputes like this scot – free, but does Khabib have enough clout to win an argument with Dana White?

We’ve seen spats between the UFC President and competitors get heated before, and they usually end with Dana bullishly standing his ground and the fighter deciding to compete somewhere else. Ben Askren and Paul Daley come to mind. Khabib’s name and brand may be just big enough for Dana to stand down but who knows? The chaos started by Nurmagomedov leaping into the Las Vegas crowd continues to spill over.

It’s in times of chaos that Conor McGregor thrives. He’s right at home in the crosshairs of a feud like the one he embroiled Khabib in. The cash he rakes in for the UFC affords him the choice of any opponent. He could settle his beef with Tony Ferguson or decide to take on a resurgent star in Anthony Pettis. If he requests a rubber match with Nate Diaz, the only question will be “lightweight or welterweight?” He will most likely look to run it back with his Russian rival in an attempt to seize back that twelve – pound gold belt. “The Notorious” holds all the cards.

Photo by BattleBeetle (https://www.youtube.com/watch?v=BMDj7udRmo4) [CC BY 3.0 (https://creativecommons.org/licenses/by/3.0)], via Wikimedia Commons