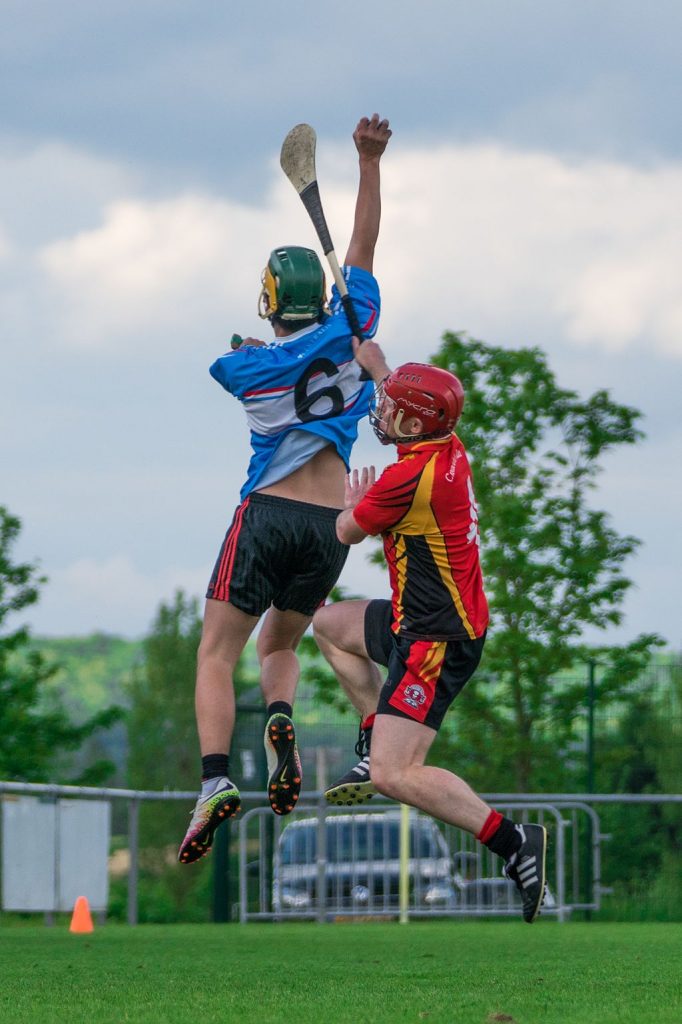 “A cross between hockey and murder” went one memorable tweet from a mesmerised British viewer when stumbling upon a Sky Sports hurling match.

Considering recent video footage of episodes of violence at GAA club matches, the question becomes how do the GAA eradicate such scenes without neutralizing the very spirit of the games?

In a new book, GAA historian Paul Rouse recounts the violent origins of the game of hurling. He skilfully evokes the birth of a sport which often saw episodes of mass brawls and referees themselves clutching a stick for self – protection purposes.

Gaelic games emerged from a historically dark era of strong patriotism as part of the Celtic revival, a movement forged on resistance against colonialist cultural repression. It could be argued that our national sports are expressions of controlled proto violence, catharsis for a people enduring an identity crisis. The sports succeed in strengthening community pride, while encouraging a tribalism that occasionally spills over into raw confrontation.

Who you are and where you come from are core measures of the construction of the self in rural and urban Ireland. The local team is a focal point of language and social interaction, provoking a sporting religiosity that bonds people through a common cause, a unifying source of passion and a distinct pressure upon players to make their parish or county proud.

So, when we see testosterone and aggression spike before and during our games, should we be surprised? Or should we view it for what it seems to be? Supremely conditioned athletes consumed by a ferocious desire to prevail, to win, to prove their superiority over an outgroup and grab the spoils on offer.

Hurling has undergone a modern decivilizing process like most sports, with academic papers chronicling this gradual reconfiguration. But the essential premise has remained the same. 15 versus 15 in a game that rewards strength, power, speed, and skill.

The famed schemozzle was a staple for many Irish children viewing GAA on television throughout the eighties and nineties, all the way through to the millennial generation. The pumped up parochial village machismo spills out onto the hallowed Croke Park turf, in a throwback to the cultural origins of the sports. “Politics and sport should not intertwine,” crow the naysayers, yet this naïve selective demand is steeped in historical ignorance.

Many a junior B hurling match often ends in a Braveheart – style battle, our national sport functioning as portal for cathartic emotional release and unifying tribalism as all great sports do. Some of the sports excesses do require pruning.

There have been many unsavoury incidents smothered in racism and violence on the side – lines of Gaelic games events that suggest a necessary purge of some deeply dysfunctional attitudes, but overall our national sports are worthy of celebration and cultivation.

Fine and ban county boards and players for cowardly assaults, but protect the essential anarchic and fierce spirit of the games for it is through this sphere that magnificent skill and ability can flourish. A hurler soloing through a packed midfield of psychotic farmers is a famed and thrilling sight on our green pitches each summer and autumn. The danger he or she willingly places themselves in exemplifies the very essence of what our sports are about.

Hurling and Gaelic football celebrates competition, offers a parody of battle, and cultivates pride in socially constructed identities that strengthen communities and help foster a sense of belonging throughout Ireland. And without the comic book – style violence inherent in the sports’ DNA, it is arguable its very identity and indeed popularity could not sustain itself.