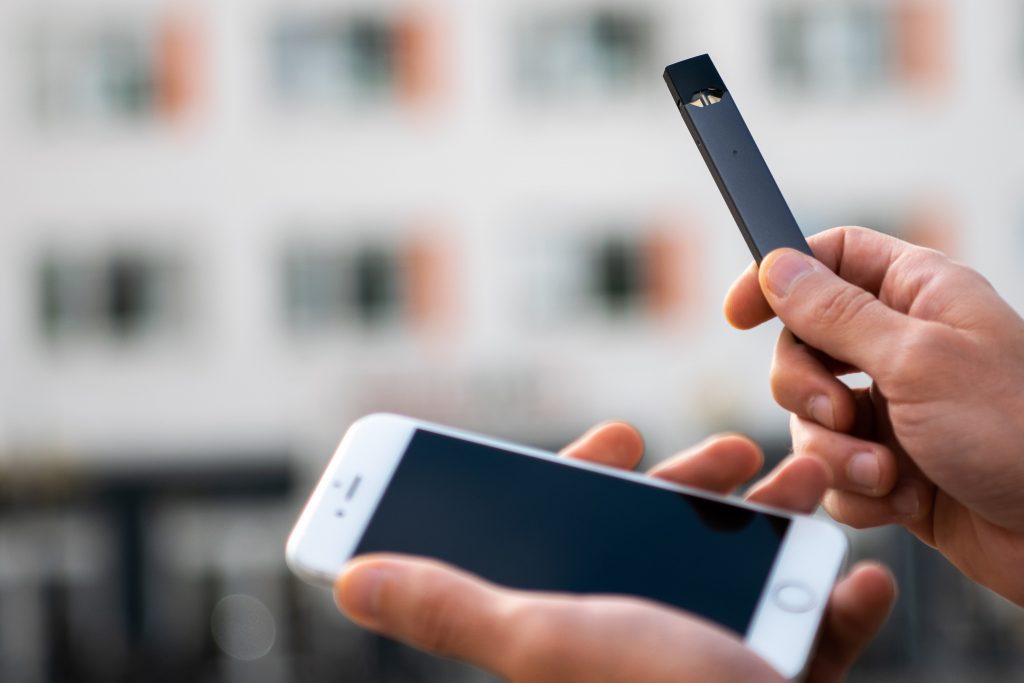 According to the Irish Examiner, teen smoking rates have decreased by 28 per cent over the past 20 years. This is no doubt a result of the increasing awareness of the harsh consequences of tobacco inhalation and government efforts such as taxation. But as tobacco smoking has seen a decline, a new market has opened up: vaping.

Vaping grew in popularity as a way to wean tobacco smokers off cigarettes, as it was thought vapes contained chemicals that were less harmful and allowed users to control nicotine levels. But since this market has expanded, it has reached a new demographic, teenagers.

Of course in the midst of the technological revolution new gadgets have replaced the paper and tobacco cigarettes of old. Some things don’t change, they just evolve. Teenager vape use in the U.S. increased by 900 per cent between 2011 and 2015, according to USA Today.

One of the worst additions to the vape market has been the Juul. At home in America it seems as if having a Juul is as common as having an iPhone. The Juul is sleek, discreet, and ‘pods’ come in enticing flavours such as mint, mango, fruit, and even crème brûlée. The Juul seems like it was made for rebellious teens, though on their website Juul maintains it is for adult smokers and even has a youth prevention team.

Along with many other bullet points in their youth prevention initiatives, Juul states that; “JUUL Labs has supported partnerships for educating parents and educators on the risks of our products, the challenges of nicotine use and ways we can make products less attractive to young people. We currently respond to educators’ requests for information about our product to ensure those working with youth are aware of its nicotine content.”

Though Juul claims to be doing all that they can to prevent teens from using their product, how do teenagers still end up with a Juul in their hands? While I can’t answer that question, I do believe it may have to do with what little we know about the long term consequences of vaping. Before we knew that smoking could cause lung cancer and esophageal cancer, doctors encouraged pregnant women to smoke, and even recommended smoking as a cure for different ailments. There could be so much we don’t know about vaping, and this young generation of vapers will be the first to demonstrate the effects of long term use.

Aside from nicotine addiction, one of the health consequences of vaping is wet lung. USA today reported that an 18 year old got the illness after vaping for three weeks. Wet lung is an inflammatory disease in the lung, and the teen was on respirators for five days. The Irish Times shared the findings of one study that shows that e-cigarettes and vapes are safer in terms of cancer risk, but could result in conditions such as COPD after long term use.

It seems safe to say that staying away from vaping is the smarter choice given the many health risks. Looking cool might seem important now, but you won’t look cool in the future while being strapped to a ventilator.