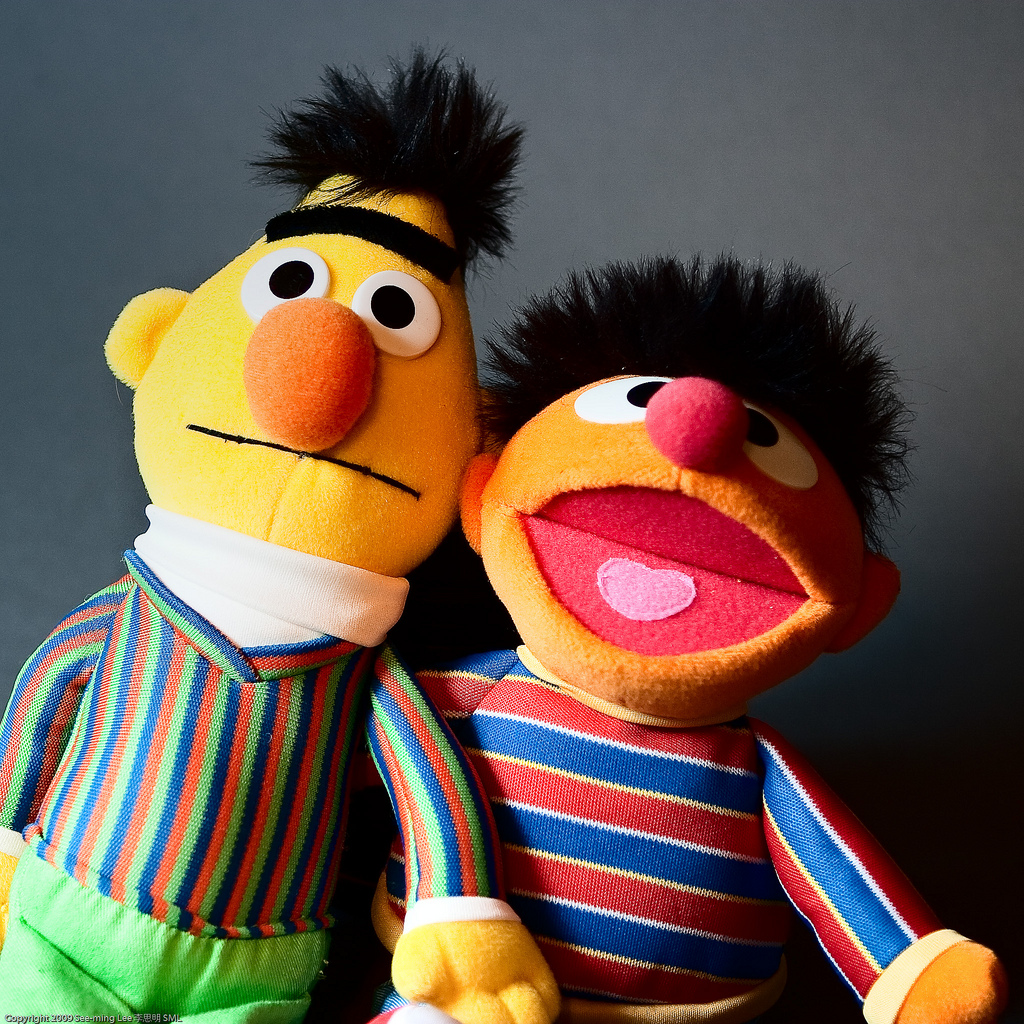 In a recent interview conducted by Queerty, long time Sesame Street writer Mark Saltzman delved deep into the relationship between the much – loved puppet duo Bert and Ernie, admitting they are in fact gay.

While talking to the online magazine and newspaper, which focuses on gay lifestyle and news, Saltzman discussed his own experiences as a gay man in the TV industry during the ’80s, when Sesame Street was at its peak. A lot of the interview focused around Saltzman’s relationship with his partner, renowned editor Arnold Glassman – who he affectionately refers to as Arnie. Considering the pair had been together for over 20 years before Glassman’s death in 2003, the interview is moving to say the least.

When the inevitable issue of Bert and Ernie’s supposedly platonic relationship cropped up, Saltzman confessed that he saw the pair as gay. “I always felt that without a huge agenda, when I was writing Bert & Ernie, they were [gay],” he admitted before explaining how the puppets were essentially based off him and Glassman. As the interview progressed, Saltzman spoke about how he and Glassman were often referred to as Bert and Ernie, asserting the fact that he was Ernie due to his jokester – like tendencies and removing little doubt from the readers mind that the puppets were ever just friends.

Although this revelation was an undoubtedly positive step towards championing diversity in the Sesame Street world, Sesame Workshop was quick to dismiss the integrity of Saltzman’s claim. An unusual move, considering the show attempted to broaden its reach last year with the addition of Julia, a puppet with autism.

Following the release of the exclusive interview, Sesame Workshop released a statement asserting that “Bert and Ernie are best friends” and “do not have a sexual orientation.” Naturally, social media exploded in response to the reductive statement. Many fans drew on the relationship between Miss Piggy and Kermit, highlighting how Miss Piggy has been continually depicted as lusting after Kermit.

After the debate became heated on social media, Frank Oz, the puppeteer behind Bert, attempted to quash the argument stating “I created Bert. I know what and who he is” on Twitter. Oz asserted that there was no possibility that Bert and Ernie are a gay couple, and to say differently would be a false representation of truth.

Ultimately, allowing Bert and Ernie to identify as a gay couple would be more inclusive, however it is Sesame Workshop’s decision to make.