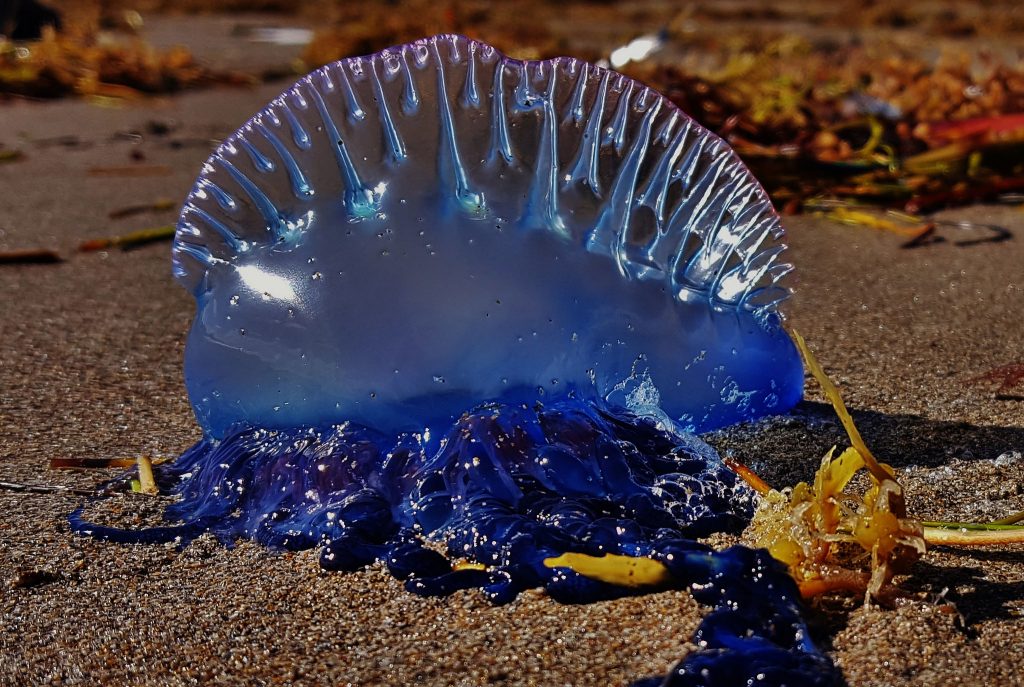 Galway City Council has issued a warning to swimmers after a harmful breed of jellyfish was spotted at Blackrock and Ladies Beach in Salthill recently.

According the Galway Daily, the Portuguese Man o’ War has once again been spotted in Galway waters – following a large infestation of the creatures the year before last.

The Portuguese Man o’ War is a colony of creatures called polyps that are tied together and can grow up to 30cm long.

The creature can float above the water and has a distinctive silver, blue colour with a reddish tinge.

Its tentacles – which stretch for an average 10 metres in the water – deliver a dangerous venom to those stung.

While the sting is not usually fatal to humans, it can cause fever, swelling of the airways and breathing difficulties.

The council advises that if stung, remove the tentacles with a gloved hand or stick, then bathe the affected area in warm water at 45 degrees for about 20 minutes.

In the past two years there has been an unprecedented number of Man o’ Wars spotted in Irish waters.

There were over 700 sightings in 2016 which proved to be the worst infestation in a century according to Irish Water Safety.

This year has been an unusual one for jellyfish around Galway and the Man o’ War isn’t the only strange visitor to the area.

Lion’s mane jellyfish have also been spotted along the west coast in record numbers this year, with at least 61 reported sightings in Galway alone.

Marine experts remain baffled by the upsurge in numbers of the strangers to Atlantic waters – but the latest washing up may be due to the recent stormy weather we have been experiencing.