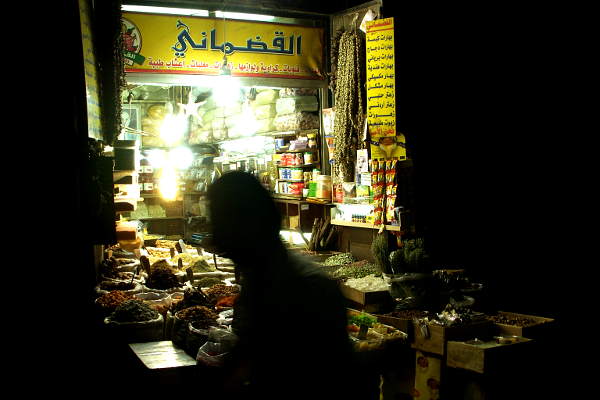 I made breakfast for my wife and child, while the former undertook the infinitely more difficult task of waking the latter from his peaceful slumber. They entered the kitchen and I remember faintly how full of joy I felt when I saw their faces, illuminated by the morning sun. Hers drank in the light; it accentuated her features, framing them almost. Her eyes twinkled as she met my gaze, her smile following a half – second later.

His was the image of innocence, drowsiness clearly visible in his mouth, which was elongated in an enormous yawn, and in his eyes, which blinked incessantly as they adjusted to the sharp morning light. They left for school at nine, at which she was a teacher and he was a pupil. I think they waved at me from the car as they left. I don’t remember waving back, I wish now with all my heart that I had.

I own a corner-shop which sells groceries and general goods. I opened the shutters, re-stocked the shelves and chatted with the local customers who habitually frequented my store.

At around two o’clock, I heard a deafening blast. The shop was plunged momentarily into darkness, the suns rays obscured by a sinister artificial cloud that rose ominously skyward following the explosion. Then the harbingers of doom let loose their sombre song; piercing sirens penetrated deep into the confines of my mind, animating the darkest and most terrible fears fostered there, the fears we all secretly harbour, submerged beneath a facade of self-delusionary logic that posits that horrific things happen only on television, only to other people, never to us. The sirens droned on with merciless implacability. I was frozen by that vicious melody, for the sirens promised horror. The sirens promised death.

I saw my own fear reflected in the eyes of the customer before me.

“It’s the terrorists again,” he said.

Those four simple words roused me from my stupor. Wordlessly, I hurried to my car. I saw smoke in the distance, black and foreboding, rising upwards like a wave of evil, come to consume the world. I drove towards the wave. I felt helpless, knowing with instinctual certitude that the smoke was rising from the general direction of the school where my wife and child were located.

A corporeal nightmare greeted me when I reached the school. Many of the surrounding buildings had been obliterated. The school itself had sustained heavy damage and looked perilously close to collapse. A fire blazed all around and the air was thick with the pungent aroma of acrid smoke. There were people everywhere; the lucky ones were stumbling around in disarray, unable to comprehend the scene before them.

The unlucky were lying on the ground; many were dead, more were dying. The schoolyard must have been tranquil once; alive with the chatter of exuberant children frolicking on the warm tarmac, but it had been transformed in a single callous instant into a hellish necropolis.

A group of men emerged from a building to my left, which was miraculously unscathed. They pointed frantically to the sky, before running with deliberate uniformity towards the school. Hope filled my heart, help had arrived. I braved the abhorrent smoke and followed the men.

I was halfway across the tarmac when I saw them. Her face was illuminated much like it had been that morning, but by the flames now. They created a different image entirely, her once gentle features contorting in fear and anguish. His was unrecognisable, for he lay still as a summer breeze in her arms, his body limp, blood streaming from a vicious wound above his eye, a monstrous yawn of grim proportions.

I forgot about the smoke, about the flames, about the men who had now reached the school and were making their way inside. I focused on them, and I ran. She shouted something at me, but her words were snatched away by a peculiar whizzing sound which seemed to originate from thin air. Then the school was enveloped in an inferno of cataclysmic magnitude, its walls shattered, its roof collapsed, and like phantasmal remnants of a dream they were gone, and the world itself was on fire.

Six-thousand miles away, a small room garnished with a multitude of computers and littered with wiring and other technical equipment erupted with joy. The cheers of jubilation and raucous applause reverberated around the room, echoing off sound-proofed walls. Everyone in the room was male, some were in uniform, most wore suits. All were momentarily united in the euphoric celebration that was customary after a successful operation. All except one.

The young man at the drone’s controls was sweating profusely; his hands shook uncontrollably, just as they had moments earlier, when he had activated the kill switch. He had noticed the school beside the strike location and recognised the risk splash damage posed to its inhabitants. He had requested that they delay the operation for another hour, at which point the school would have been vacated, but the commanding officer had refused, stating that there was too great a risk that the targets would be gone by then. What transpired next would haunt him for the remainder of his days.

At two o’clock Syrian time, he was given the green light. He locked on to the building in which their intel had placed the insurgents, and he fired. In a cruel twist of fate, the drones targeting systems miscued and the targets escaped the kill-zone. He was ordered to fire again. Now as he sat there, shell-shocked, he began to question his assumption that he was on the side of justice, of righteousness, of good. As the smoke dissipated and the full scale of their ‘victory’ became apparent, it struck him that the people around him, still engaged in rapturous celebration, believed themselves to be entirely and exclusively in the right. And ultimately, perhaps they were. However, he knew now, with unequivocal conviction, that they were not innocent.