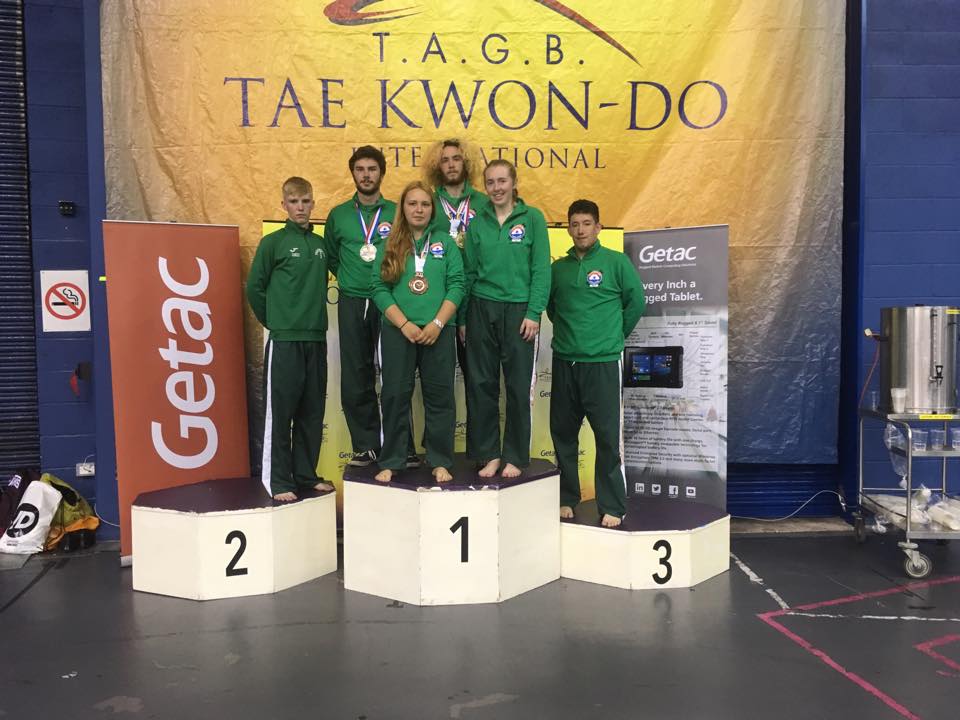 This year the Taekwondo World Championships were hosted by TAGB (Taekwondo Great Britain) in the Barclaycard Arena in Birmingham. The competition brought in thousands of the best competitors from over 20 countries, with some coming from as far as Australia and the USA.

A few students from NUI Galway had the privilege of being chosen by the TKDI (Taekwondo Ireland) to represent their country at this massive event and it’s safe to say they did so with distinction, bringing home medals from various sections of the competition over the course of the two days.

The Irish team showed up in force on the day, and were the second largest team with hundreds of competitors, second in size only to the host team TAGB. The NUI Galway competitors all saw action on the first day, as all colour belt events and black belt point sparring took place.

All colour belt pattern sections went first, but little luck was found here with Aaron Croke just missing out on a podium finish in a tight event. However, more luck was had later in the ring in the sparring section.

First up was the lightweight green belt section but with no other lightweights present, Nathan Huggins made the choice to compete in the middleweight section. He won his first fight by a large margin and kept up the pace in later rounds, only to lose out to his Irish teammate in the final which meant he walked away with a silver.

Aaron Croke, fighting in what was one of the largest categories at the competition, unfortunately missed out in his fight in the heavyweight red belt section after a vicious bout against the World Champion in his category.

Lorcan McCarthy, fighting in the heavyweight yellow belt section, unfortunately lost his fight by a single point in the last few seconds after an extremely tight battle.

Agata Rzeznik had a better run, managing to make it into the quarter – final in the ladies’ blue belt section where she earned a bronze medal after a tough match.

On the second day, the black belt events took place. Roisin O’Loughlin participated in both sparring and patterns. Unfortunately, she too lost out in an extremely tough fight against the eventual World Champion of the female black belt section.

Sparring was only the beginning of the success for the group as they then went on to win three more medals in the Ultimate Striker section. Lorcan achieved second place, walking away with silver in the colour belts heavyweight turning kick section.

In the end, the group walked away with a gold, three silvers and a bronze medal, doing particularly well in Ultimate Striker. One thing is for sure: this a selection of fighters whose kick you definitely don’t want to be on the receiving end of.