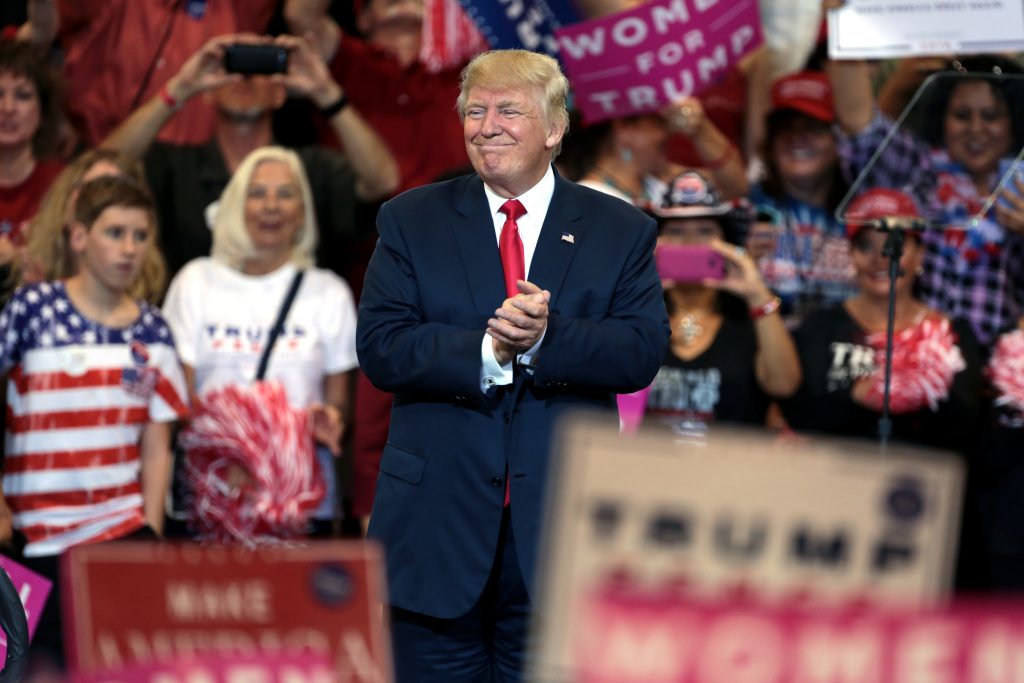 Donald Trump’s visit to Ireland has been cancelled, with speculation growing that his entire European tour won’t go ahead. The reasons for the trip not going ahead have been cited as “scheduling reasons,” which makes perfect sense, as his planned visit coincided with the weekend that the next Irish President is due to be inaugurated. He was expected to visit Ireland on the way home from Armistice Day commemorations in Paris.

I believe that Mr Trump strategically planned this visit. It comes mere days after the United States’ Midterm Elections, where politicians are elected to the Senate. Maybe he scheduled this visit to get away from the possible obliteration of the Republican Party in these important elections, as it seems like Trump has completely alienated many Republican voters and, in fact, the majority of the United States’ population.

This begs the question – was Trump playing games with the entirety of the Irish population in the first place? Even our own politicians were surprised by the visit announced by Trump. Is he playing with us, or was this unexpected announcement a legitimate breakdown in diplomacy and/or communication?

Whatever Mr Trump was doing, the overwhelming majority of Irish people I have heard from seem to be relieved by this visit being cancelled. Political parties and groups of activists left, right, and centre were organising mass protests during the time Trump was due to be in Ireland. People were responding “interested” and “going” to Facebook events for these protests in their thousands.

However, some people weren’t as polite as just responding “interested” to a protest event. There was a page called “Say Nope to the Dope” gaining traction on Facebook, possibly stemming from the previous protests that went under the name “Say Nope to the Pope.” I’m all for free speech but I think this was taking it a bit too far.

The money for this visit could be spent on much better things than paying for security around a rich man’s private golf resort anyway. As of the end of July, there were almost 10,000 people homeless in Ireland. Many of these are living in hostels, hotels and B&Bs. Why couldn’t the money for this visit be given to the Department of Housing to pay for social and affordable housing for homeless people, and other people who need it? Not to mention the underfunded HSE, with people dying on waiting lists for life – saving procedures.

In conclusion, Trump and his representatives in the White House seem to be indecisive about where (and whether) he’ll visit. A large proportion of Irish people seemed to care about his visit, but not in the way Trump and his representatives anticipated. The threat of mass protests may have influenced the decision just as much as “scheduling reasons.” Will he come to Ireland at another point? Well, we’ll just have to wait and see.