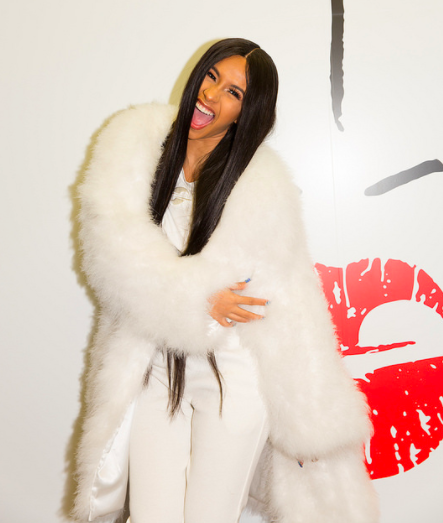 Why do people pay good money to watch UFC matches when our preeminent female rappers are providing better entertainment for free? Months of tension between Nicki Minaj and Cardi B culminated in Cardi throwing a shoe at Nicki at a New York Fashion Week party on September 8. This is surely the most iconic podiatric attack since that Iraqi journalist lobbed his loafers at George W. Bush’s head.

What inspired the brawl is very much a case of hearsay. While not naming Nicki, Cardi B alleged in a thinly-veiled Instagram post that Nicki has been pressuring other artists in the music industry not to work with the ‘Bodak Yellow’ rapper. But what pushed new mother Cardi over the edge was Nicki supposedly questioning her parenting ability.

“…when you mention my child, you choose to like comments about me as a mother, make comments about my abilities to take care of my daughter is (sic) when all bets are off,” wrote a furious Cardi after being escorted from the Harper’s Bazaar ICONS party.

Cardi approached Nicki, who was surrounded by bodyguards, and started effing and blinding at her. When security intervened, Cardi sent a chunky red platform flying, proving that she was not kidding when she rapped about her “bloody shoes”. She was caught on video being dragged away from the group with a massive lump on her temple, supposedly courtesy of a security guard’s elbow, and bare feet. Which is how you should always leave a party, in this writer’s opinion.

The most beautiful nugget to emerge from the incident is that Christina Aguilera was obliviously singing her song ‘Fighter’ in the other room. At least, that’s what Twitter was claiming, which means it probably isn’t true. Not even Xtina is sure. But don’t you want to believe it?

Nicki reacted a few days later by sharing her side of the story on her Beats 1 radio station Queen Radio. She denied slandering baby Kulture (“I am not a clown. That’s clown s**t.”) and said the incident was “mortifying and humiliating.” She also brought up past incidents where Cardi referred to black women as “monkeys and roaches” and how Cardi supposedly had two strippers jumped for flirting with her fiancé Offset. (Mind you, Nicki admitted that she stabbed her ex so it’s not like she’s a moral authority on violence or anything.) She ended her tirade by accusing Cardi of becoming famous using “sympathy and payola.”

Aside from entertainment, the main takeaway from this affair is that Cardi B is the only mainstream rapper living up to the non-stop bragging and posturing. Drake, Pusha T and Eminem talk the talk then hide behind their entourages, but Cardi follows through when she raps, “You play with me, I might pop up where you at.” What a true feminist victory!