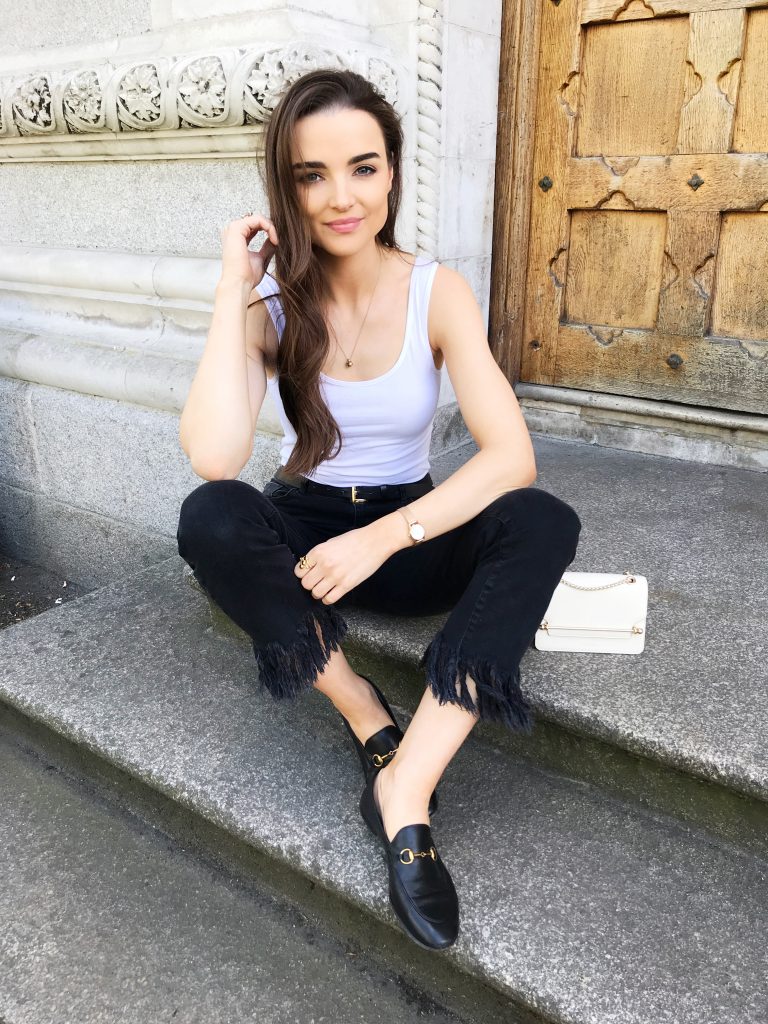 Blogging has morphed from a hobby you’d use to flesh out your C.V. into a genuine career path. You can’t walk into Easons without coming across a cookbook or essay collection written by someone who made their name through Tumblr, WordPress, Instagram or YouTube. Internet personalities are more likely than ever to be seen on talk shows or on the pages of glossy magazines. Irish bloggers are so influential that their dodgier antics (thanks, Bloggers Unveiled) make national newspapers.

While blogging is clearly becoming more lucrative, it’s getting harder and harder to stand out from the crowd. Even in a small country like Ireland, the term “influencer” is becoming diluted as people jump on the bandwagon.

Having said that, a few names stand out for their talent, drive and passion. One of those names is 26-year-old Niamh O’Sullivan, also known as Cinnamon Soul. Currently based in Naas, the NUI Galway graduate blogs about fashion, fitness, lifestyle and everything in between. Global influencer network SERMO Communications recently named her as “one to watch” on a list of Ireland’s top influencers alongside heavy hitters like So Sue Me and Rozanna Purcell. She has a combined following of over 27,000 people on her various social media platforms. Niamh shared some advice with SIN about how she established her brand and how you too can carve out your own space in the blogosphere.

When that blank box shows up asking you to choose a blog name, it’s worth taking time to mull it over. “Pick something that won’t make you cringe in five years’ time,” says Niamh, who is currently porting her accounts over to her given name after three years as Cinnamon Soul.

Sponsored content isn’t the be-all and end-all of blogging; for some of you it will be the last thing on your mind. However, your overall brand is very important if you would like to get the attention of corporate sponsors (read: freebies) in the future. This includes everything from your writing style to your fashion sense.

“When you’re trying to get noticed, try and put yourself in a brand’s shoes… is the image you’re creating going to catch their eye? Will they be able to repurpose it across their channels? These are things you need to keep in mind,” says Niamh.

Just because a lot of people blog about fashion, fitness, entertainment or politics doesn’t mean that standing out is an impossibility, but you’ll have a better chance of doing so if you find a distinctive selling point that keeps people coming back. This could include a unique perspective on the world, a memorable writing style or striking imagery.

“I think testing different topics that you are passionate about with your audience to see what resonates with them is key,” says Niamh. “There’s no point creating content around subjects that people don’t care about. You need to figure out how to get people to come back to your page or site.”

Does this mean you need to post every day? Not necessarily, she says: “Striking a balance between frequency and quality is key. Testing the waters with the amount you post on social media and your blog is important to find the sweet spot that keeps your reach and impressions steady and rising.”

She cites a unique tone of voice, consistency, quality content and topicality as some of the qualities of the most successful bloggers.

Niamh believes that today, people’s eyes are on social media rather than traditional blogs. She estimates that she spends about 75 to 80 percent of her time on social media. Even if you think your blog subject doesn’t lend itself that well to the likes of Instagram, YouTube or Snapchat, setting up a Facebook fan page or Twitter account is a great way to get exposure and keep your readers updated, even if your only reader is Auntie Patricia.

No matter how great you think your opinions are, readers will be turned off if your website looks like a dog’s dinner and the quality of your images is akin to JPEGs restored from a floppy disc in 1998. Choosing a nice theme that is easy to read and looks sophisticated rather than distracting is important. It wouldn’t go amiss to learn a bit of CSS to make your own custom themes – that’s the language that determines how webpages look.

As for photos, Niamh says not to worry about investing in an expensive camera at the beginning – she herself uses her phone for about 90 percent of her pictures.

So, you’ve been posting for a few weeks, have plastered your Instagram with your best snaps and spent hours tweaking your blog’s look. When do the freebies start rolling in?

We hate to burst your bubble, but you’ll have to keep plugging away until you’ve established an audience. “The perks are great, now… emphasis on now! I saw basically zero return on my time and monetary investment for the first two/two-and-a-half years,” says Niamh. “It takes so long to get to that point where the perks are good.”

Blogging, as with any occupation that has its roots online, is looked upon as an easy gig. But Niamh admits it has a few disadvantages.

“I find it difficult to switch off and not be thinking of my next photo or trying to reply to work-related emails all the time. I could never imagine myself going on a holiday and not spending a good chunk of time worrying about taking nice pictures, which isn’t ideal!”

“I like being able to work at my own pace and to my own schedule, but it does get lonely sometimes too. I worked in a nine to five for over three years so I do miss the office environment and having people to chat to each day.”

There is no typical working day for a blogger, which Niamh has a love/hate relationship with.

But overall, she loves what she does. She tries to spend at least three days a week working on her laptop from home. “Another day might be at events or meetings, which I try to schedule on the same day where possible,” she says. “Another day will usually be spent shooting loads of different photos and outfits for the blog and my Instagram. I love it!”