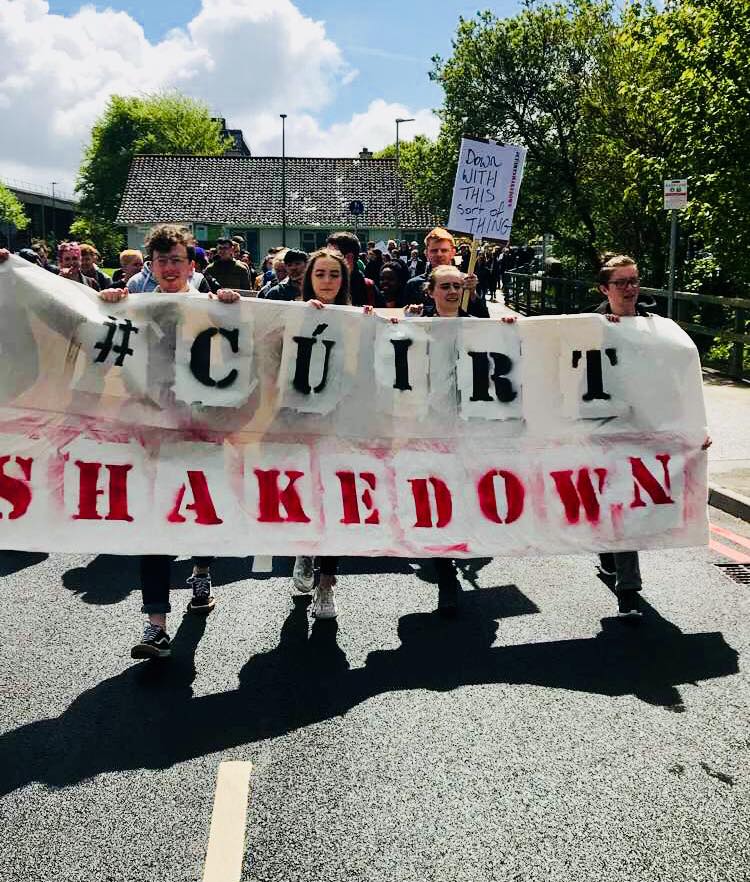 As we begin a new academic year in NUI Galway I am forced to consider those out there who are still scrounging for a house to live in. At this critical point in the year it is inevitable that flocks of students lacking accommodation will be bowled over by the stress they feel at the realisation of looming homelessness, and indeed I along with countless others know that feeling all too well. With accommodation now becoming an almost precious and rare student commodity, I will trace the journey of my hunt for a house to illustrate the problem and see what, if anything, is being done to tackle this ever-worsening issue.

My search for a place began way back in February of this year when the staff at Gort na Coiribe opened their online booking system to allow application for student accommodation. Having acquired Corrib Village by the skin of my teeth for first year I knew that there would be huge demand for student villages again.

The website crashing multiple times only reinforced this notion, and indeed a disappointing email some days later informing me of my unsuccessful application set it in stone. This would be the first on a long list of many failed and tedious attempts at finding accommodation.

Even in the bitterness of not securing a room in Gort some sweetness was found in the fact that none of my other roommates from Corrib last year were initially accepted either. To ensure homelessness was kept at bay for the 2018/19 academic year we decided to contact landlords around the area in the hopes of securing a house. The one problem however was the fact that we were four lads. Landlords don’t like letting houses to lads. Once they discovered the genders of those contacting them replies quickly ceased.

It was now April and the next obstacle for me came when my roommates were given their golden tickets for accommodation in the form of Gort re-emerging to offer each of them twin rooms. “Just my luck,” was my initial thought now knowing that firstly: my chances of getting Gort had all but vanished and secondly: I would have to find a different group to stand some chance of getting a house around the city with.

Contacting each of my lecture friends along with people I knew from home studying in NUI Galway proved fruitless as each had already alarmingly managed to secure a place on campus. With assignment deadlines closing in and exams advancing rapidly, the stress over accommodation began to bubble.

Hope for easily accessible accommodation was once again on the cards in May when Cúirt na Coiribe boldly began releasing details of its prices and opening dates in the middle of exam season. Unless you were living under a rock earlier this year, you are no doubt aware of the notorious issue regarding Cúirt’s shockingly steep price raise for rooms.

Though the student complex still managed to fill up each vacancy (albeit at a snail’s pace in comparison to other years) my chances of securing a place were crushed a few days after applying. A letter arrived, returning my deposit with an accompanying apathetic side note summarising a worthless waiting list for those still willing to pay an arm and a leg for a room.

After completing my exams and assignments which took secondary positions throughout this search for accommodation (and no doubt suffered as a result) I learned that two of my friends from Corrib, Ellie and Lydia, were stuck in a similar houseless situation as myself. As a last resort we decided to look for a house together from mid-May onwards.

After one month and 27 (yes, 27!) enquiries to different landlords on daft.ie we finally struck gold when Lydia discovered a home owner who had mutual connections with her. With a four-bedroom house we now had the task of finding another tenant which brought us to the depths of a popular Facebook group, which for most people leads to nothing more than a chasm of house hunting dead ends.

Galway – Rent, Let, House Hunting (For sound people) functions exactly as its name would suggest but only for the select few who are lucky enough to be selected from their state of houseless limbo by those with accommodation. Within 12 hours of putting an ad up for our room and selecting our final roommate, we received over 40 enquiries, and the plethora of comments on the posts of others revealed the vast number of those still uncertain about where they will be living for the year.

Taking almost five months to fully secure accommodation was a truly fretful experience and though it is evident that homelessness is still a reality for many students beginning a new term in Galway, action is being taken in attempts to alleviate the crisis.

“We are coordinating a Crisis Camp Out with GMIT Students’ Union and the trade unions under the One Galway Initiative on 11 September in Eyre Square. This is to inform students and the wider public of their rights and to draw attention to the plight of those trying to set up home in this crisis. USI’s National campaign, which has always focussed on publicly funded education, has switched focus to accommodation this year. This action highlights the significance of the crisis and how it affects people all over Ireland. The National Demo on 3 October is calling on students to show their support for this critical issue.”

When the opportunity of housing finally arrives for homeless students, Clare concluded with this primal piece of advice: “I would advise students to be cautious when signing agreements. It’s important to see a lease in place and not to feel pressurised into making hasty decisions or accepting sub-standard living conditions.”

Students still lacking accommodation may seek advice from their university at www.nuigalway.ie/student-life/accommodation.