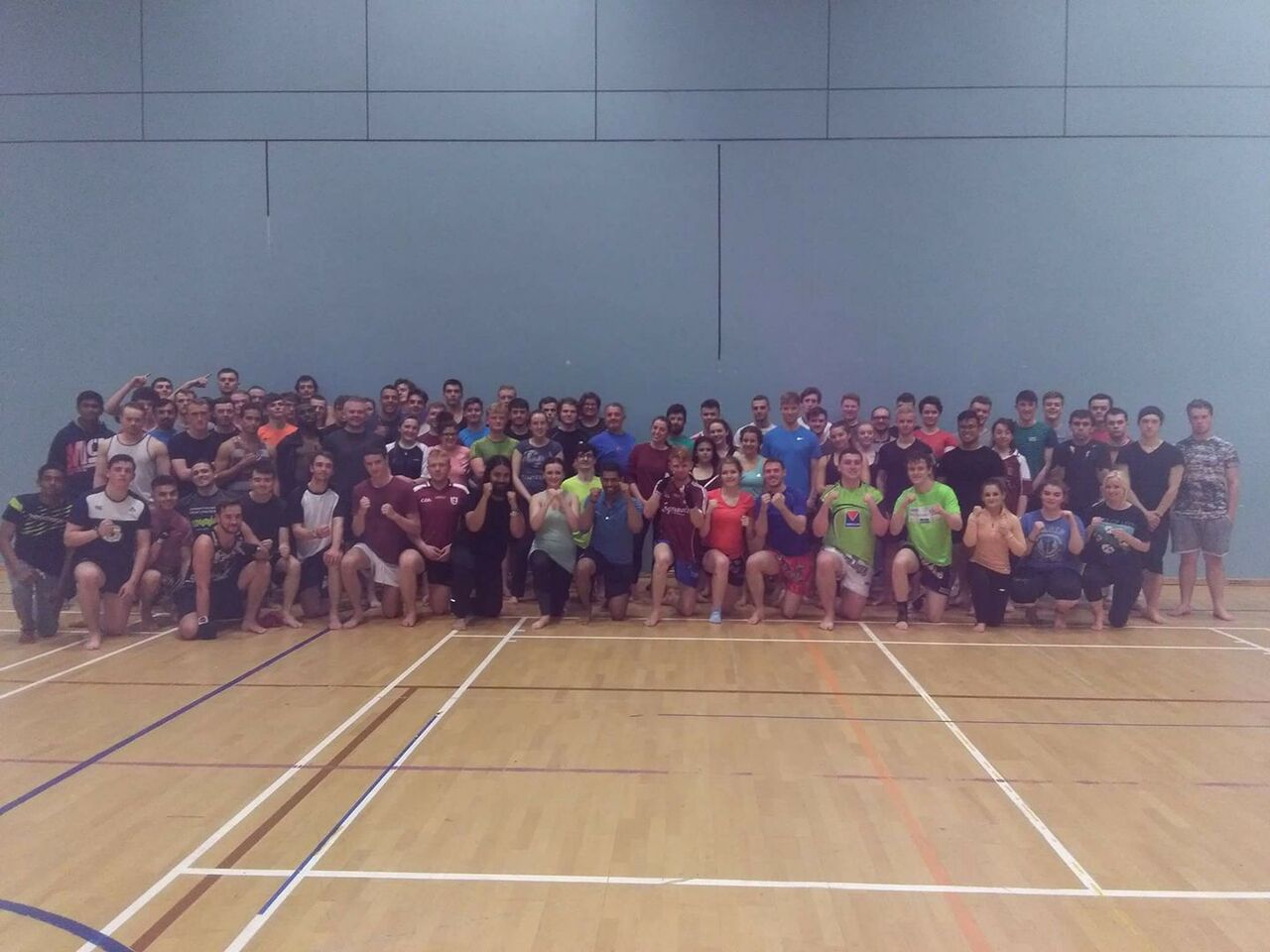 Since being founded in 2004, NUI Galway’s Muay Thai club has flourished in the college. Muay Thai is a martial art from Thailand which is often described as the science of eight limbs. It is called this as the sport incorporates not only punches and kicks but also elbows and knees.

Some variation of the sport has existed for over one thousand years, as explained by NUI Galway Muay Thai founder and coach Dave Joyce.

“It originally evolved from the battlefield. And in times when there were no wars, they couldn’t fight with weapons, so they developed an empty-handed system of training and that eventually evolved into the modern sport,” says Joyce.

Joyce himself was originally involved in the now defunct NUI Galway Kung Fu club but then he took up Muay Thai (or Thai boxing as it is also known). “I had to make a choice between the two,” he remembers.

“When I chose to keep doing Muay Thai, I told the lads to keep the Kung Fu going. The first year they managed fine, but with people drifting out they were finding it difficult to maintain interest and to get people to teach,” he said.

The Muay Thai club is now hugely popular in NUI Galway. The first few weeks of training usually attract over 100 people, but these numbers naturally fall. Joyce estimates that the club has a committed cohort of about 50 people each year.

“We would have two groups at the start (beginners and more advanced), then after about a month we’d bring them together and have them doing the same thing more or less,” he says.

The club is also very multicultural according to Joyce. “One of the great things about our club is that it is really diverse. We get a wide range of ethnicities and nationalities from both sexes.”

He was also keen to stress that the club is welcoming to newcomers. “People in the club are very friendly. They offer a lot of advice, not just on Muay Thai but on how to assimilate into college and stuff like that.”

On a national collegiate level, Muay Thai has no intervarsity competition. This has been something that NUI Galway Muay Thai club have been striving to change. However, fighters do still get the chance to step into the ring with events being run by the Irish Muay Thai Council.

“We run amateur shows on a fairly regular basis so if people are up to an acceptable level, they can compete in those, which would be open events involving all clubs,” Joyce explains.

One of the top fighters in the club, Toby Olokesusi, was even set to compete in the IFMA European Championships last October only to fracture his arm in the build-up. Of course, most people who train in Muay Thai in NUI Galway do so recreationally, with only about 20 percent wanting to fight competitively, according to Joyce.

The social dimension of the club is also strong, and every year they organise a charity kickathon in aid of the temple of the Golden Horse in northern Thailand, which is an orphanage.

“Last year we raised just over a thousand euros with the money going straight to the orphanage, which is in a very destitute area. It’s between Myanmar and Thailand and the people there are not recognised by the Myanmar or Thai governments, so they’re very poor. It’s also in the Golden Triangle which is rife with drugs, so this money does a lot of good,” adds Joyce.

Going forward, NUI Galway Muay Thai now wants to realise its ambition of setting up an intervarsity tournament, whilst growing the club and continuing their charity work.

NUI Galway Muay Thai can be contacted on their Facebook: NUIG Muay Thai