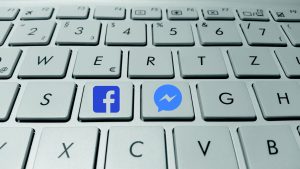 The time has come to give up on Facebook. It had already taken up too much of our lives and given our info for targeted-marketing, but they’ve finally gone for all-out political manipulation.

For anyone not in the know, Facebook has come under a lot of fire for selling users’ information to a company called Cambridge Analytica. In their own words “Cambridge Analytica uses data to change audience behaviour”. Troubling-sounding slogan aside, it seems that Steve Bannon was involved in their creation and he used the company to try and ensure Donald Trump would win the US Presidential Election in 2016. The way they did this is put up polls and questionnaires on Facebook which would allow them to analyse your data and your friends’ data. If they thought you could be persuaded to vote for the man who seems to have an uncanny ability to appear in seemingly every news story, then they would target you and distort your newsfeed with half-truths and lies, or at the very least present facts to you in such a way to portray Hillary Clinton unfavourably.

The reason they could do this was because up until 2014 there were apps (Farmville, for example) that could take not only your information but your friends’ info as well, and that this information could include private messages. Now it seems that Facebook purposely ignored or colluded with Cambridge Analytica to pass on that data and, in turn, fake news was designed to target swing voters on the issues they cared about so that people would vote for whoever Cambridge Analytica were hired by. In other words, people were and are being manipulated via social networks into voting for people.

Now there are people out there who will think that the only people in the wrong here are Alexander Nix and his company, however, it was recently revealed that back in 2004, Mark Zuckerberg had an IM conversation that went like this:

“Zuck: “Yeah so if you ever need info about anyone at Harvard, just ask. I have over 4,000 emails, pictures, addresses, SNS.”

Friend: “What? How’d you manage that one?”

Now I can believe that people are capable of change or that perhaps Zuckerberg was simply bragging to his friend about his newfound popularity on the world-wide web but Sandy Parakilas, the platform operations manager at Facebook between 2011-12, has said that executives tried to ignore where the information that was being leaked was going, so that when revelations like this would happen they would have more solid legal grounding. In the words of the 1973 short film Television delivers the People: “It is the consumer who is consumed… You are the end product”.

Now I am quite fond of Facebook myself, it’s a great way to communicate with friends and family abroad and I do like a good meme but if I’m in danger of having reality being distorted by some politician I’ll just use email or write letters. Facebook already has too much control over our lives. Are we now going to let it literally govern it?