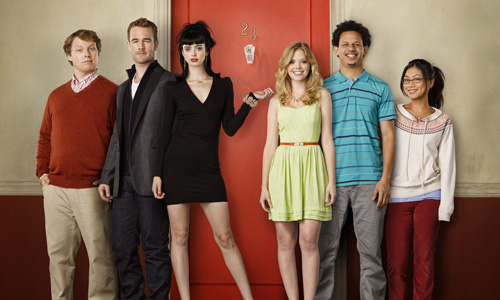 I spent a while thinking over what to review for my final entertainment article for SIN (don’t cry dear reader) and I thought Grief is the Thing with Feathers would be a nice way to go out, alas, it was something I could not get my head around. Instead I’ve elected to review some more obscure things on Netflix that I could not bring up earlier and I’ve tried to categorize them. I’ve included some of my favourites that I think could do wonders for your brain when it’s getting overworked with long hours in the library – we all need to switch off at some point!

I’m a big fan of contemporary stand-ups like John Mulaney and Jimmy Carr, but for me, I like the more old-school guys like Norm Macdonald and Dave Chappelle who are back and better than ever.

Norm Macdonald is a very hard man to market as he goes out of his way to make his comedy pure as in, even if they are simple jokes, it is all about what he finds funny rather than what the mainstream does (expect rambling, folksy kinds of stories).

If you have been paying attention to comedy for a while then the name Dave Chappelle is not a new one to you, as himself and Jerry Seinfeld are probably the two most influential stand-up comedians in the last 30 years. Now out of semi-retirement, he is teaching the youngsters once again what it means to be the best.

Finally, Jerry Seinfeld’s Comedians in Cars Getting Coffee is also now on Netflix and you can see the genius who brought us Seinfeld talk to legendary comedians past and present as well as former US president Barack Obama.

Not that one can possibly tire of watching Rick and Morty, It’s Always Sunny in Philadelphia or Friends but should you want to watch something a little different, why not try Don’t Trust the B—- in Apt 23?

This show follows an engaged woman (Dreama Walker) who thinks she knows how her life is going to go but upon moving to New York City she finds that no-one told her life was gonna be this way (shaka shaka).

She befriends possibly the most awful person in New York (Krysten Ritter) and learns the trials and tribulations of the Big Apple (warning: this a much meaner-spirited, cynical view of the world than that of Friends). It’s been over for a while and there’s only two seasons but it’s worth a watch.

The other semi-sitcom-y thing I’d like to recommend is Crazy Ex-Girlfriend. This musical comedy series about mental relationships and life in your late twenties/early thirties is a critical darling stateside. The star/co-creator of the show used to be a writer on Robot Chicken and the other creator wrote The Devil Wears Prada, so try and imagine a pseudo-combo of the two.

There were a couple of other categories I wanted to throw in but instead I’ll just mention a couple of movies and TV shows I couldn’t think of how to categorise but deserve a mention all the same: The Trip; Cowboy Bebop (Dub); Teen Wolf (MTV series); Over the Top (Sly Stallone); the Kung Fu Panda movies; Samurai Champloo (Sub); Super Troopers. Finally, the last thing I would like to whole-heartedly recommend is watching Madagascar 3 at 2AM (why you are up that late is up to you.)