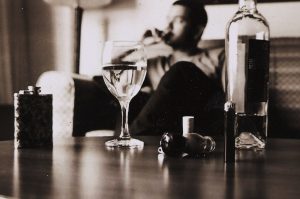 NeuroSoc NUI Galway in collaboration with NUI Galway Students’ Union created a Drugs and Alcohol Awareness Week which ran 12-15 March. The week was established to raise awareness, inform students, and provide a safe space to have honest conversations about alcohol, drugs, the relationship between them, and how to reduce the risks involved in consuming intoxicants.

The week began with a talk called “Drugs: When fun is in the rear-view mirror” which was aimed at helping people recognise someone having difficulty with substances and how to react in a safe and compassionate manner.

Following on from this Guy Jones, senior chemist with UK-based NGO The Loop, presented a talk called “What to do about the elephant in the room”. This talk was about substance use and examined the idea that it is an individual choice and not a moral failing. He then followed on with the practical issues arising from substance use and how best to reduce the risks involved. There was an extensive Q&A session at the end which people enthusiastically engaged with.

To round off the week a panel discussion was organised. It brought a diverse group of people together including Head of Pharmacology and Therapeutics NUI Galway Prof John Kelly, Dr Padriag MacNeela of the School of Psychology NUI Galway, Noel from the Galway Divisional Drugs Unit, Neil Wilson, Education Officer with Western Region Drug and Alcohol Taskforce, and Guy Jones from The Loop. Each member had different backgrounds and interactions with substance use, leading to a lively yet informed discussion.

The rationale behind the week was the need to help young people such as the student population here on-campus to be aware of how to practise safety while on the “sesh”.

As it stands currently, due to regulatory and legislator stances, the education, training and research on alcohol and drugs and their impact on a communal and national level is very limited. Due to drugs gaining more popularity and research substances flooding onto the market, an increase in drug-related harm, diseases, crime, and deaths contribute to exhausting resources and wreak havoc in communities across Ireland. It is for this reason that the Drugs and Alcohol Awareness Week was created, a people power initiative to help plug a gap in social knowledge and push for change.

Some of the main take-aways from the week were not to take substances to compete with others, to look after yourself and your friends on nights out, and that medics are you friends. Be honest with medics if you or someone you know gets into difficulty on a night out. If you or someone you know begin to feel unwell after taking a substance or if someone loses consciousness, call 999 immediately.

More information with regards to drug and alcohol safety can be found at spunout.ie, drinkhelp.ie and wrdatf.ie.

By Pierce Fox and Sandy Brun