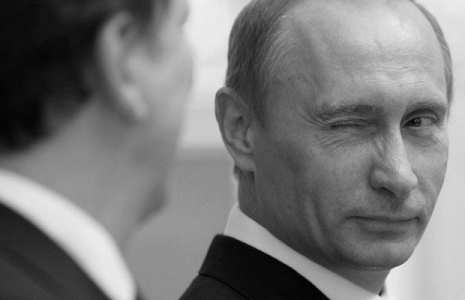 The re-election of Vladimir Putin was met with much chortling and cynical guffawing here in the West, coming swiftly after the startling Salisbury nerve-agent attack on a former Russian spy and his daughter.

Putin’s election charade is generally viewed as a rigged affair, offering only a polished veneer of actual democracy that veils a state gangsterism systemic within the Kremlin.

For anyone who has read former chess master Garry Kasporov’s book ‘Winter is Coming’, this latest solidification of Putin’s reign may inspire particular terror. Kasporov portrays Putin as a sinister and cunning Machiavellian figure intent on testing and corrupting the tolerance of Western nations.

Russia’s downgraded geo-political status after the Berlin Wall collapse and the drunken Yeltsin years has certainly been transformed under Putin. Russia has become a player again.

Kasporov chastises the naivety of George Bush Jr and even Obama’s reticent foreign policies as strategic disasters that have emboldened Putin.

An Oliver Stone documentary aired last year sought to offer some insight into the mind of this charismatic leader yet in truth the viewer could only depart the experience with grudging admiration for Putin.

This is a serious political operator who despite the relentless avalanche of negative propaganda from the West can stand over a reinvigorated Russian economy and an element of control not seen since the early days of the Cold War and the Gulags. Some may possibly argue that the sole method of ruling Russia is with an iron fist such is the weight of its historical patterns of inter-political violence where the lines between organised crime and constitutionalism is forever blurred, and where the concept of human rights is treated as a frivolous after-thought. At least that is the message us Westerners have been bombarded with. A cultural snobbery towards Russia emanates from our media behemoths not dissimilar to 19th century style bastardised Darwinism when considering third-world countries.

Where Putin excels is pointing out the myriad hypocrisies inherent in western criticism of his methods of power and control. It’s difficult to sneer at the imbalance of the RT television network when one analyses the concentration of media ownership in the West.

Indeed our own unelected Taoiseach Leo Varadkar certainly pulled a Putin-esque stunt with his hefty multimillion strategic communications unit. This Orwellian set up will come in handy in explaining why a tiny neutral country like Ireland is contemplating expelling Russian diplomats due to the attack on Sergei Skripal in Britain.

It’s a pattern of action running parallel to Democrat attempts in America to uncover possible Russian interference in the US election in order perhaps to divert attention from their own incompetence in losing an election to who a man many deem an inarticulate sexist.

Since when did Irish politicians decide to involve itself in disputes between Britain and Russia? An Irish Times piece over the weekend cited Garda concerns over plans to expand the Russian embassy in Dublin which they fear may be linked to the presence of tech companies here. Strange how this concern has suddenly appeared now as Varadkar plans to dance to the tune of Theresa May.

Leo might not be ordering assassination but the housing, health, and mental health policies of incompetence he stands over are certainly destroying more lives than they are saving, leading to a fragmented social fabric and an ever-increasing erosion of faith in public institutions.

The Putin problem is, according to Kasporov, a monster that has been allowed to grow and expand due to Western insularity and neo-liberal diplomacy.

Perhaps Varadkar, like the rest of us Westerners, should focus on the issues on his own doorstep rather than making grand chess moves on a geo-political board he simply does not belong on. Putin is portrayed as a threat to Western democracy. He serves as a useful bogeyman to divert attention from the real political issues of our countries, namely the collapse of the left wing movement’s political relevance and a concentration of media ownership and political incompetence that is proving to be fertile ground for far-right lunatics.