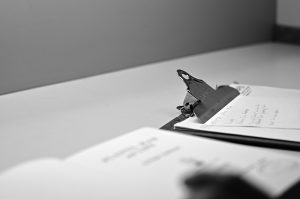 Early in 2018, tech giant Google faced a number of lawsuits regarding discrimination against, wait for it, white male former employees. Such attempts to diversify their workforce have in fact, led to many lawsuits, including one from Arne Wilberg, who claims that YouTube illegally used quotas to hire more female, as well as more black and Latino engineers. Wilberg claims he was fired because he discovered and criticised this practice, which was allegedly covered up by recruiting managers. A white male claiming discrimination may sound like an SNL sketch, but quota-based hiring is a serious issue, especially with large companies like Google.

Quotas treat candidates for jobs as though they are stock in a supermarket. Depending on which minority they’re told they are “running low” on, they will prioritise potential employees according to their need to boost the “variety” of their “produce”. Not only do quotas define everyone by their race, they diminish their merits too. Yes, diversity is incredibly important but it is also in a business’s vested interest to hire the most skilled workers regardless of their heritage. Hiring someone based solely on their race to improve statistics on an annual diversity report is dehumanising. Tech giants like Google are successful because they are skilled with numbers, and quotas allow them to treat their workers like statistics – something they can manipulate and alter to achieve a good-looking, politically-correct average.

Positive discrimination is an attempt to create a workplace in which no voice is unheard, and each corner of society are represented. However, this utopia fails to assess circumstances – maybe there is only one job on offer but there’s three minority boxes to tick. Yet still, the candidate with the most convincing portfolio is a cis-gendered white man who has experience using your company’s coding when no one else has. While teams definitely benefit from a multitude of perspectives, those perspectives are useless if they are not armed with the qualifications required for the job.

The problem does not start, or end for that matter, in the interviewing process. It’s a much larger issue that confronts intersectionality and internalised racism. Wilberg claimed that Black and Hispanic engineers were being favoured at YouTube, whilst those minorities make up a measly 4 percent of Google’s tech employees. Why then, when they are allegedly using positive discrimination, is the percentage still so low? Arguably, the opportunities minorities are given are far fewer than their richer, whiter counterparts – for instance college scholarships or tutoring which could open doors into big companies like Google. If from the pool of candidates with the same skillset there’s fewer minorities, mathematically it is less likely that a minority will be hired.

If we establish that quotas are out of the question and hire based on merit, then how do we keep a diverse workforce? Ultimately it is the early lives of these candidates that shape their opportunities in later life. That is where the change needs to take place. The schools, the councils, the colleges need to take the responsibility of giving opportunities to poorer neighbourhoods and marginalised groups. To ensure that upon entry to that quota-free interview many years later, it is a level playing field.

When you think of successful international companies, Google is almost definitely in your top five. Nevertheless, these suits reveal a discomfort amongst its workforce and call into question what responsibilities employers have regarding representation. Plainly, quotas solve the problem on paper but in practice they dehumanise candidates and unskilled workers will end up slowing down business. This is not a numbers problem, it’s a social and psychological one.