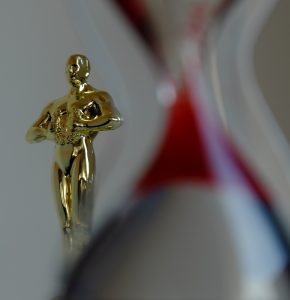 While 2018’s Academy Awards ratings hit an all-time low, there was much to say, and much to be said, at and about the awards show. This year’s Oscars marked the 90th occurrence of the ceremony, with Jimmy Kimmel returning to host on Monday 5 March. While Saoirse Ronan and Cartoon Saloon’s The Breadwinner were nominated for Best Actress and Best Animated Feature Film respectively, the Irish viewers were left dismayed when both contenders didn’t win, both for their third time.

The Shape of Water took home this year’s Best Picture award, a story which follows a mute, warm-hearted cleaner played poignantly by Sally Hawkins in her heroic appeal to save her aquatic lover.

The Academy’s choice has faced a fair amount of backlash as it feels like they’re almost playing up their audience. We want more equality and representation, we say – so here’s a film with a female lead, one black person and one gay sidekick. We want less of a glorification of unworthy straight white male characters – here’s an archetypal antagonist who’s all those things.

While Call Me By Your Name, Lady Bird and Get Out had elements of topical and important politics (forbidden homosexuality, feminism and racism respectively), these movies didn’t incorporate them all at once.

While not denying that the representation of all these minorities is a wonderful thing and much-needed in Hollywood, the fact that they were all merged in The Shape of Water gave the movie less time to focus on the importance of each issue, or struggle, as well as losing out on time to develop much-needed characterisation. All a bit shapeless, one might say.

Due to this, it made what the characters were representing feel less important, less easy to empathise with, and made the objective less clear.

Alternatively, in the three nominees mentioned above, the themes of a forbidden gay love, feminism and racism, were outlined and focused and fantastically engaging in each of these films. The direction was clear in each movie, making them, in many opinion’s, superior to The Shape of Water.

While the #MeToo and ‘Time’s Up’ movements were to the forefront of our minds this Oscars season, and while the Academy insist they’re widening their horizons to be more gender and race inclusive, the promise seems to be slow to flourish, and the general worry is that all the proactivity is all for appearances.

While the absence of James Franco at this year’s ceremony, along with his nomination ‘snub’ for The Disaster Artist, was a massive relief after countless allegations of sexual misconduct, we must remember that only last year Casey Affleck, star of Manchester by the Sea, won the Best Actor award. Affleck, who has settled two 2010 sexual harassment lawsuits against him, is for many a figure who very much encapsulates an anti-hero of the ‘Time’s Up’ movement. Yet he was being celebrated and rewarded little under a year before the movement became a worldwide statement.

Affleck did not attend this year’s ceremony, and the media are assuming he was attempting to avoid any backlash from the movement.

While, like Franco, there is definite satisfaction in his absence, and that the Time’s Up movement is sparking implications for those who have committed wrongs that have been overlooked for so long, the Academy still invited him to present the Best Actress award, something tradition dictates.

The element of irony is almost sickening. A spokesperson for Affleck said that “[he] did not want to become a distraction from the focus that should be on the performances of the actresses in the category and that is why he made the proactive move.”

Meanwhile, the celebration of a new generation of actors which preceded the Oscars seemed to ferment upon the arrival of the ceremony. Timothée Chalamet, breakout star of fervid drama Call Me By Your Name, was overlooked as winner in the Best Actor category in favour of Gary Oldman, the veteran Hollywood actor.

The argument that has been gaining attention is that of the fact that Oldman has ‘been around for longer’, and that Chalamet aged just 22 has plenty of time in his career to win the Oscar.

It is impossible to know the true reason behind the choice of the Academy’s board, but the possibility of ageism is difficult to neglect. However, the general consensus of audiences is that Chalamet deserved the award above Oldman, even if it was his first nomination, due to his outstanding performance.

The apparent drop in interest of viewers this year was, in many respects, disappointing. There was so much to offer: the ‘Time’s Up’ campaign flourished under the bright lights of the Academy’s show, and the faults of the Academy itself continue to be recognised and amended by public upheaval. But ultimately if the public neglect to care, where do we go from here?