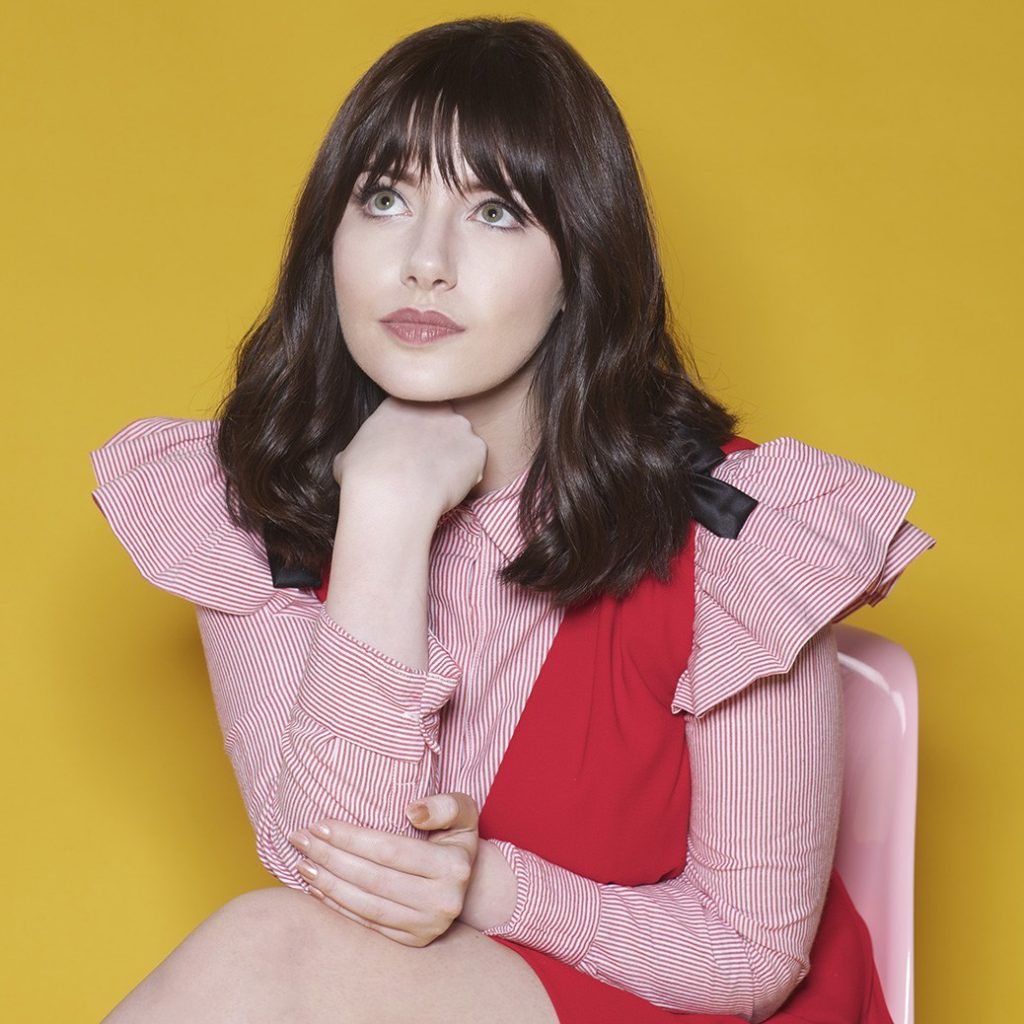 Last week my Dad told me that a “famous YouTuber” was coming to the local college back home, Dundalk Institute of Technology, where he lectures. I asked who the YouTuber in question was and he handed me a printed email, revealing that it was none other than Melanie Murphy. She was giving a talk on resilience as part of DkIT’s Fit4Life campaign.

For those of you who don’t know, Melanie Murphy is an Irish YouTuber from Skerries, Co. Dublin. Melanie has over half a million subscribers to her YouTube channel, where she vlogs about lifestyle, mental health, relationships, and beauty. She is also the author of non-fiction book “Fully Functioning Human (Almost)”.

Melanie began the talk by introducing herself. “I live in North Co. Dublin with my Dad, I wrote a non-fiction book last year and I make YouTube videos for a living,” she said with a smile, while sitting down at the edge of the stage, swinging her legs. A shiny silver Mac laptop rested beside her. There were many fans in the crowd who already knew everything about her life, because Melanie’s YouTube channel is characterised by her openness and honesty.

“It’s weird being back here because I actually used to be a student here,” revealed Melanie.

“Straight after secondary school, I started a computer programming course in DkIT but I hated it, it wasn’t for me I was one of the only girls in the class, and I dropped out after two or three months,” she admitted. “It is nice to be back here now when I am in better mental space.”

Melanie explained that resilience was extremely important when it comes to mental health.

“Resilience is the capacity to adapt to negative change. We can get through anything, no matter how awful or impossible it seems.”

“Resiliance is not a trait,” she added

The YouTuber believed that if she could become resilient, anyone can.

“Alcoholism ran in one side of my family, when I was six my parents broke up, I was always moving house, when I was 16 my Gran died, who I was very close to… then the worst four years of my life began,” she said.

“Even when I talk about it now I feel a sort of panic, but I know it is okay and that I have moved past it,” she explained, clasping her hands together. “I was in a toxic relationship, I put on 4 stone weight, I had a miscarriage, I didn’t have a large support network… and everything just seemed negative.

“However, by building up my resilience, I got out of that bad place. I built up my confidence in public speaking through YouTube, and I know it isn’t really public speaking, but it definitely helped me,” the online sensation revealed.

“I also went to Dublin City University and got a teaching degree.”

During her time in DCU, Melanie studied positive psychology, which she said really helped her change her thinking and perceptions of negative events: “Our lives are made up of imperfect moments in an imperfect world… and we all need to learn how to bounce back, and to not wallow.”

The 28-year-old went on to advise the crowd not to focus on their mistakes, and to choose to make the positive change in their life.

“Your beliefs affect your feelings, which affects your responses. You have to believe you can get through tragic events, which other people survive every day, therefore so can you – we just need the tools to cope with negative change.”

Melanie also warned against the negative impacts of social media. “Everything you see online is a construction… people have been filtered beyond belief and no one is going to take a picture of themselves on a bad day,” she claimed. “Sure, I am hardly going to vlog on when I am in my PJs lying on the floor drooling,” she laughed.

“Everything looks nicer on the internet… it is all a construction.”

Melanie herself has broken down this construction by baring her make-up free face for all to see way back in 2014. Exposing her acne showed other people that skin is rarely perfect, and people were drawn to this honesty.

Melanie concluded her talk with detailing some simple things you can do to build up your resilience. She told the assembled crowd to stop overanalysing everything, get enough sleep and exercise, and to build up a support network of friends and family. She also advised managing your stress by planning things in advance, putting things into perspective – “No one will die if you don’t get that essay done,” she quipped – and to take time to relax.

She also added that becoming aware of your thought processes can be very helpful. “Be mindful of your self-talk. If you’re looking in the mirror and are speaking negatively about yourself, cut that out!” she exclaimed.

It is no wonder the 28-year-old Dub has such a large online following, she is like a big sister to her viewers, always ready to advise from a place of compassion and experience.

At the very end of the talk, Melanie gladly took a picture with every fan who wanted one and chatted to them. I also had the pleasure of speaking to her one-on-one.

“When I started my YouTube channel, I wasn’t really thinking it would go in the direction it did,” she admitted to SIN.

“It just felt that I became a lot more comfortable talking about those types of things, for instance when I talked about my acne… it blew my mind that so many other people experienced the same things as me,” she said, eyes widening.

“So, I realised that by me talking about it, it was helping them, but by them giving me feedback on my video, it was helping me, so it was a really positive loop in my life, and in other people’s lives,” she explained.

I also mentioned her videos which cover topics like sexuality.

“I obviously don’t think it’s internet personalities’ responsibility to talk about those things, but I still think it would be amazing if more people would talk about them – because when you’ve experienced things and learned from it, you have a lot of wisdom to share,” she said.

“You can share it in such an interesting way for young people. If you package it up in an interesting and entertaining way young people don’t feel like they’re learning… it is being absorbed subconsciously,” she laughed. I added maybe being awkward about sex is an Irish thing. She agreed but said that it depended on the person too.

“It’s funny because even a lot of the British YouTubers have actually commented on how prudish they are… I remember my sex videos in particular got a shout out from Zoella and Alfie Deyes, and they recommended my channel for open sex discussion, and they were joking about how they don’t feel comfortable with talking about that,” she revealed. “A lot of adults don’t!”

Melanie has done other public talks before but had to take a break from doing them while writing her first book, a non-fiction, life advice/memoir hybrid.

“At the moment I am in between book contracts,” she said. However, she said she wants to get back in the habit of doing talks to schools and colleges.

“I have two talks this month in schools, about homophobic and transphobic language,” she said. “With that, even I find myself being careless with language, recently in a video I said the word ‘spa’, without even thinking.”

I suggested that using slightly offensive language is an Irish colloquialism, and again she agreed: “It was definitely unintentional, but I was really happy to be called out on it because I can’t be aware and change things, unless I realise that I am doing it.”

I also brought up how open Melanie has been about her eating disorder.

“I think what sparked the change for me into going down that road to recovery was another YouTuber, and Irish one as well, Anna Saccone, who had bulimia,” Melanie said. YouTube savvy readers will recognise Anna’s name from her family vlogging channel Sacconejoly, which she runs with her husband Jonathan Joly.

“If she had never mentioned that, it was in a really old video on her webcam… and she knows now but back then, she had no idea of the impact that had on me,” Melanie revealed.

“I also felt the more layers I peeled back off myself the more comfortable I was, and the more impact I was having, and that I was making use of my life. And for me, I think sharing is important and the more people that I can share with, the better because it encourages them to open up as well.”

“Opening up for Irish people as well is so difficult!”

Read more from Aine on her blog ainekenny.wordpress.com