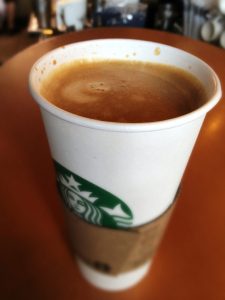 Kayleigh Flynn, Claire Coleman, Caolan Kelly and Patrick Hurley are four second-year biomedical science students and they are on a mission to make Galway plastic free. The four students have undertaken an environmental project as part of their Community Knowledge Initiative Programme module. Their project ‘Make Galway Plastic Free’ ultimately aims to raise awareness of the wastefulness of single-use plastics.

“Initially we just wanted to pass the module, but this project has grown into something much more than that,” Patrick told SIN. Single-use plastics can be take-away coffee cups, plastic wrapping and boxes for food, and bottles of water.

“We want to raise awareness of single-use plastics, one shocking statistic that I found out was that half a million takeaway coffee cups are thrown away every day in Ireland. We are actually the worst in Europe,” he revealed.

Patrick wants to get people thinking about how much plastic they bin every day. “We buy plastic water bottles, and we throw them away without thinking about it… most of these can be recycled but it isn’t always guaranteed,” he said.

He explained how it is also much cheaper for students to bring their own water bottles and to fill them up at the free water coolers.

“It also takes more energy to recycle the bottles, compared to just reusing the same one,” he pointed out.

“There is already an initiative in Galway called Recupán, where customers who bring their own reusable mug get a discount on their coffee. There is a minimum 10c discount, and Starbucks offer 35c.”

Patrick also says he was astounded to learn how much plastic is in the world’s oceans, which is roughly estimated to be 46,000 pieces of plastic per squared kilometre. This figure includes micro particles of plastic.

“All of the plastic and rubbish gathers in these gyers,” Patrick explained. The world’s most famous gyer containing marine debris particles is the Great Pacific garbage patch. The gyers are described as a ‘diffuse soup of plastic floating in our oceans’ by Angelicque White, an Associate Professor at Oregon State University, an expert in the field.

“There will be more plastics per weight in the sea than fish by 2050,” Patrick said worriedly. “This is why we need to reduce the amount of single-use plastics. Our Students’ Union President Lorcán recently went a week without single-use plastics, and he said it really woke him up about how much plastic we really use.”

Patrick, Kayleigh, Claire and Caolan’s next step is to target the food companies and students to start up a bring your own lunchbox campaign similar to the Recupán concept.

“We have an idea to start a ‘bring your own lunchbox’ campaign, hopefully from next year. You go to Boojum and you get a big plastic bowl, and you go to Chopped and you get a similar bowl – and you throw it away without thinking much of it.

“What we want people to start doing is bring their own reusable plastic containers, and you can still get the same amount of food, but with less waste.

According to the team, this would not just save students money, it would also benefit food companies as they would not have to pay for as much waste disposal.

Patrick told SIN that he always had an interest in the environment, particularly the sea. “This is probably due to the fact I am a scuba diver,” he said. “Other members in our group are passionate about preserving our earth for future generations.”

The Biomedical Science students are due to present their project on 16 April.

“We have to present our findings and evaluate our work to see if we made a difference,” said Patrick. “We are planning on handing out surveys to students in Smokeys, and we also plan on targeting the Chamber of Commerce in Galway to raise awareness of our work with the business community.”

If you’re interested in protecting the environment, reducing the amount of single-use plastics you use can really help. A bit of meal prepping with a lunchbox and buying a reusable travel mug and water bottle could be the little changes we make to our everyday lives that make all the difference.