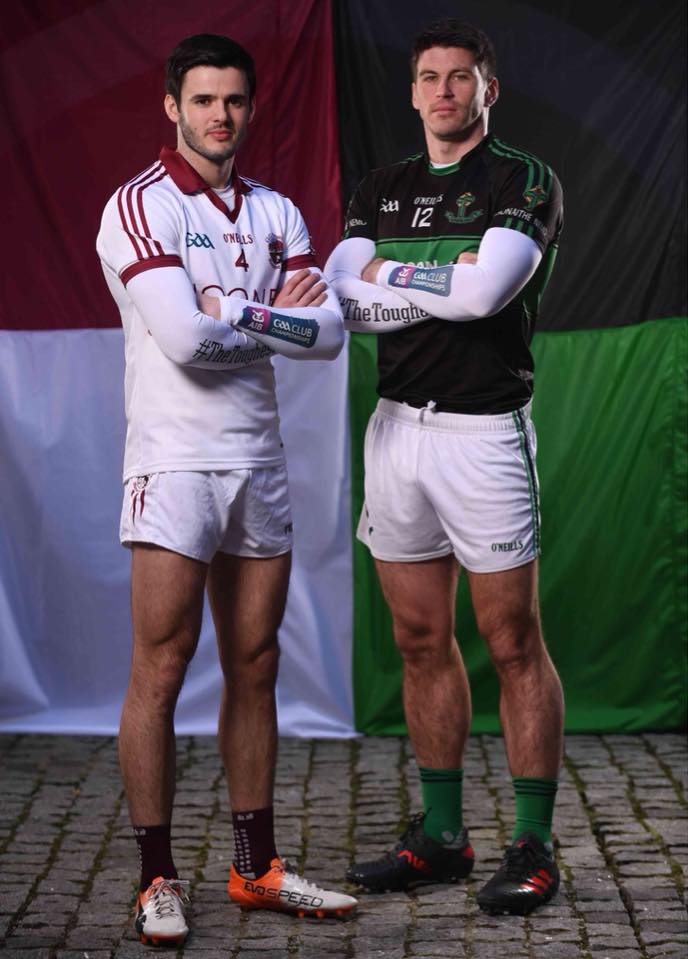 Will a young and upcoming Na Piarsaigh side be able to topple reigning hurling champions Cuala? Can a young yet experienced Corofin side reclaim their place at the pinnacle of club football in Ireland? On the 17 March 2018, two clubs will walk away with the most prized accolades that a club player can win whilst also gaining bragging rights for their particular code for the year ahead.

This is more than just a medal and bragging rights, this is the unrivalled pride of one stepping foot on the hallowed grass of Croke Park to do battle on St. Patrick’s Day and representing one’s club.

In the hurling final, we see current champions Cuala of Dublin bid to win back-to-back Tommy Moore Cups and become only the fifth team ever to repeat in the history of the competition. Despite Cuala being the kingpins of hurling over the last two years, Limerick side Na Piarsaigh come into the game as slight favourites after a Ronan Lynch inspired victory over Ulster champions Slaughtneil.

Although Lynch typically carries out most of his duties at inter-county level by floating between the half-forward and corner-forward line, it is at midfield where he excels at club level. Lynch will be expected to do the majority of scoring for Na Piarsaigh when the pressure will be dialled to a maximum.

This Na Piarsaigh side may have a lot of flair in the way they play hurling but it’s their toughness that inevitably sets them apart. Few teams would have been able to slug it out with Slaughtneil for 60 minutes, never mind the fact that the Shannonsiders played the majority of the second half with only 13 men.

Full Back Mikey Casey was along with Lynch, another key facet of this victory over the Ulster side and will have to be in similar form if he is to stop Dublin football All-Star Con O’Callaghan from running rampant for Cuala.

Cuala advanced to Croker through a 1-17 to 0-10 rout over Galway side Liam Mellows. O Callaghan was man of the match in that semi-final and has been in inspiring form all season, so he will be looking to continue this form on the 17th. Aside from O’Callaghan, Cuala will look to inter-county star Darragh O’Connell at midfield in order to thwart the energy and class of Na Piarsaigh’s midfield.

This Cuala outfit is an extremely athletic one and the longer this game progresses they will begin to gain more and more of a foothold on Na Piarsaigh. Too often we’ve seen the ‘underdogs’ shine on the big stage and drive to glory, this is a talented Cuala side and are more than capable of keeping ‘Tommy’ in the capital.

If Cuala start slowly in a similar fashion to the Mellows game, then Na Piarsaigh could have this game wrapped up early, but Cuala are champions for a reason and are more than capable of an upset.

In the football final, we see Nemo Rangers of Cork face off against Galway and Connacht champions Corofin. Nemo will feel particularly confident heading to Croker having beaten last year’s winners Dr Crokes in the Munster final and dispatched of an impressive Slaughtneil side after extra time.

Nemo are very much a who’s who of Cork football and despite the presence of Paul Kerrigan, Evan Cronin and former Kerry inter county star Tomas Ó Sé, it is Luke Connolly who is the name on everyone’s lips.

A Sigerson Cup winner with UCC in 2014, Connolly has been scoring for fun at club level this season and he is arguably the most in-form forward in the country, having scored ten points in the Crokes win and added a further 2-5 in Portlaoise against the Derry men.

The 25-year-old has struggled to contribute at inter-county level over the last few years in what has been a disappointing period for the Rebel County, yet he could possibly be a catalyst for a change in fortune come this summer.

Corofin will be hoping to improve dramatically from the semi final in which they only managed to score 1-06 against a rather poor Moorefield side in comparison. The defensive system that this Corofin side apply is based mostly around Kieran Molloy.

Molloy can frequently be seen galloping through the centre but prospect of marking Nemo’s Paul Kerrigan could potentially limit the NUI Galway student’s ability to do so.

Up top is where Corofin experience their weakness and although they do a lot of the simple things right, they will rely heavily on inter-county star Michael Lundy to get anything out of the game. Ian Burke will also certainly cause a headache for the men from the Rebel County until 17 March.

In reality, it seems as though this Nemo Rangers side will have too much for this Corofin defensive unit. Expect the class of the Cork men to shine through from the outset, and unless we see a heroic performance from the Corofin defence Nemo Rangers should be looking to win by six or seven.