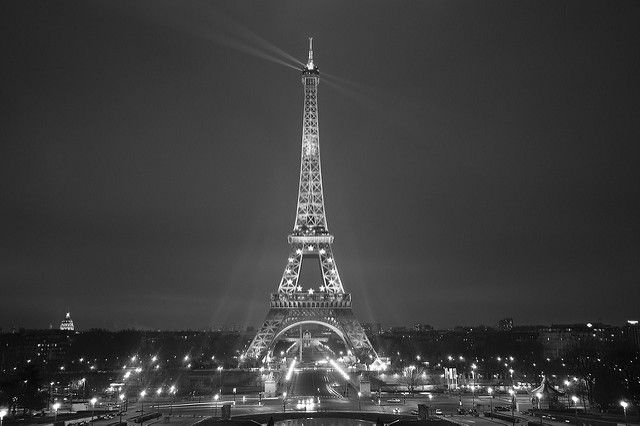 Ryanair Sale. The words hopped onto my screen in bold, italic font luring me in, urging me to investigate. Flights to Paris for twenty-five euro. Twenty-five euro? Bargain. The French book on my desk urged me on. I needed a break from study. A trip to France would help improve my fluency after all.

Looking beyond the stress of upcoming exams, the promise of a delightful summer formed in my mind. Paris was the city I most longed to see and this time I could afford it.  The sale was to end at midnight that day. This left me with six hours to consult my parents and try to convince at least one friend to hop on the bandwagon, to do something adventurous and come with me.

Most of my friends thought I was crazy, a fallen soldier to the exam stress, dreaming unrealistic thoughts. This was real. This was happening. Watching the plane’s seat numbers get snatched up before my eyes, I rushed to fill in all the details. I hit the confirm button and booked the flights. It wasn’t until I opened the kitchen cupboard to a measly half-eaten packet of crackers and the crust of a week-old loaf when the aftershock hit. What had I just done?

It was the best decision I could have made. I had the trip of the lifetime. Paris did not disappoint. We only booked our accommodation about three weeks before arriving because the trip itself was such a spontaneous decision. In Paris, accommodation can be very expensive but after having researched extensively, we found a lovely hotel at a reasonable price near Notre Dame. We did a hop on hop off tour around the city which brought you to most of the tourist spots. It will cost you €34 but you can also get a package deal which offers a boat trip on the Seine River. We took the boat trip at night so that we could see the Eiffel Tower lit up, and at that time other boats pass by that play jazz music which really added to the atmosphere.

Paris is a very romantic city, but you don’t have to be in a relationship to appreciate its beauty. It has no shortage of things to do while there. If you are a lover of arts, Paris is for you. There are streets filled with stalls selling books and art work at cheap prices. Anybody could spend a week in the Louvre alone. It was spectacular and you can get in for free with an EU passport.

We were also treated to street entertainment such as hip-hop dancers, bubble exhibitions and mime artist displays. We also visited Napoleons’ tomb and an army museum. For anyone with an interest in cosmetics Musée du Parfum is a must see; you learn about the process of making perfumes and how it has developed over the years. We left smelling of the sweetest fragrances you can imagine. If only airports allowed you to take home liquid substances in bulk!

Travelling to Disneyland on our last day brought out the inner child in us all. The waiting lines for the rides can be long. Get tickets for the fast queue if you can afford it. There was a Disney parade with music and all the characters you loved from childhood. My friends and I are big kids at heart and seemed to be enjoying the parade more than some of the youngsters.

Then, as they were closing off certain entrances, I overheard a woman say in French “I’m here to see Johnny Depp.” My friends didn’t speak French and they wondered why I was getting so excited. It was only then, that I noticed red carpets and the Pirates of the Caribbean logo plastered around the park. We had somehow stumbled upon the Pirates of the Caribbean premiere and became wedged among some of the stars’ biggest fans. Orlando Bloom and Johnny Depp, both only a few feet away, blocked merely by a barrier. I couldn’t believe our luck.

Although Valentine’s Day has just passed, a romantic trip to Paris could be the perfect treat. A cheap trip elsewhere could be ideal for all the singletons longing to escape for a few days. Adventures bring stories to your life. Obviously being a student, money is precious, but if you have the spare cash and can find a cheap hostel with some friends then why not jet off? Je regrette rien.