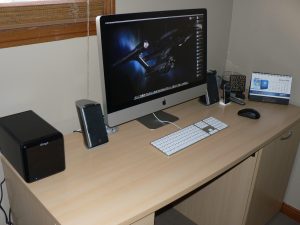 On 14 December 2017, the FCC’s Republican majority approved Chairman Ajit Pai’s plan to gut net neutrality protections. The FCC overturned the regulations on internet freedom that was established under the Obama administration in a three-to-two vote.

Net neutrality is the internet’s guiding principle: it preserves our right to communicate freely online. Thanks to it, the internet is seen more as a utility rather than a service. It enables and protects free speech. It means that internet service providers should provide us with open networks, and shouldn’t block or discriminate against any applications or content that ride over those networks. Just as your phone company shouldn’t decide who you call and what you say on that call, your ISP shouldn’t interfere with the content you view or post online. The Internet without net neutrality isn’t really the Internet at all.

Without net neutrality, consumers will essentially be expected to pay extra for a something that we already pay for. Tech experts expect ‘bundle deals’ to become the norm if net neutrality is axed. You might pay for a social media bundle, which has Snapchat, Facebook, Instagram, but you’ll have to pay separately for an entertainment bundle, which has YouTube and Netflix, and pay separately once again for the office bundle just to access your email inboxes.

If net neutrality is killed, it will give broadband companies unlimited power over what you can see and access on the internet, which is a huge threat for free speech and opinions. Broadband companies will have the ability to censor you if they don’t agree with you, slow down certain sites that they don’t like for political reasons. or they could completely shut them off from being accessed.

Net neutrality is also crucial for small business owners and entrepreneurs, who rely on the open internet to launch their businesses, create markets, advertise their products and services, and reach customers. We need the open internet to foster job growth, competition and innovation. It is thanks to net neutrality that small businesses and entrepreneurs have been able to thrive online. But without net neutrality, ISPs will exploit their gatekeeper position and destroy the Internet’s fair and level playing field. Without net neutrality, the next Google or Facebook will never get off the ground.

During a press conference after the vote, democrat and supporter for protecting net neutrality, Mignon Clyburn, had this to say:

“The fight to save Net Neutrality does not end today. The agency does not have the final word. Thank goodness for that. I don’t know if this plan will be vacated by a court, reversed by Congress or overturned by a future commission. But I do believe that its days are numbered.”

For all of our sakes Commissioner Clyburn, I hope you’re right.