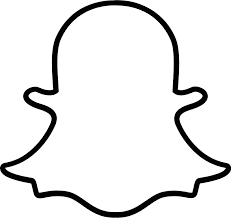 The Snapchat update version 10.26.0.15 has left outraged users scrambling to find ways to uninstall the update, scratching their head wondering where they can find their own story never mind their friends’.

Advertising has also expanded with companies like McDonald’s now using 10 second spaces between your friends’ stories to promote their products. However is social media’s purpose not to bring together a community of your friends and family and sharing moments and creating new ones? It isn’t about blasting the same message on a loop over and over again until it sinks in.

Alas, it seems to be the case with social media sites that after they secure a following and build up a large community they tend to become money hungry. Updates tend to feature more advertorial aspects than helpful ones. A look at Snapchat’s rating on the app store shows that it has dropped to a staggering 1.8/5 despite having millions of users worldwide.

The general consensus amongst the 11,891 ratings so far is ‘if it isn’t broke don’t fix it.’ Commenters were clearly put out deeming the update as “absolutely disgraceful update”. One said they “did everything in my will not to update the app as I do love the old version” and another joked they had their “basic human rights stripped” when the app updated automatically.

Of course, users had asked for an update, but only a maintenance update to make the app run faster, become more stable, and less likely to crash. Instead they have received something entirely different. The whole concept of discovering new influencers to follow or new brands or online sites is just smoke and mirrors for Snapchat trying to make as much money as possible. If Snapchat keeps going in this direction it will become a relic like Myspace or Bebo, and a new developer will come up with a better platform the same way Facebook did.

Apps come and go so quickly these days. Vine shot to popularity and now it’s known as the app the jumpstarted major YouTubers’ careers and is no longer available. Celebs will jump from platform to platform just like influencers when they know that the ship is sinking. A lot of influencers have already left for Instagram and are using Instagram stories instead. Kylie Jenner sent shockwaves through the online community when a she tweeted she was no longer using the app as often as she used to, and cost Snapchat a hefty $1.8billion on the stock market. It is only a matter of time before Snapchat is buried in the ground. Snapchat must find a balance between users and advertisements if it wants to last.