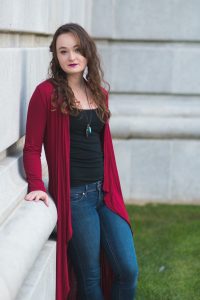 Clarifications is a column featuring raw, unapologetic commentary on all things gender. From women’s rights, to dating culture; enjoy as Claire VanValkenburg discusses the topics everyone is afraid to talk about.

Many women are told from a very young age to be a certain way, think certain things, and perform certain actions. People who identify as women feel the ramifications that stem from opposing these expected norms. It’s true that someone of any gender who is ‘different’ may feel judged but when you are presented with certain roles you must play that have severe consequences when you stray from them  – like how some women feel pressure to choose between a career and a family – the judgement manifests itself into a need to justify your every action.

The word ‘feminist’ has become a sort of slur, spat between the teeth of lads when they spot a girl wearing a flannel, blue jeans, and no makeup on a night out.

“She must be a feminist,” they say. As if feminism has a look. As if women must actively perform feminism consistently and constantly in order to label themselves as such.

What if I’m wearing the shortest skirt, smacking my gum and swaying through the streets? Feminist. What if I’m garbed in sweatpants, stained with ice cream from last week’s episode of The Bachelor? Feminist. Beanie? Feminist. Nudist? Feminist. It matters not what she puts on her body, it’s her mantras and morals. It’s her definition, why don’t you go ask her.

Saying “I am a feminist,” shouldn’t come with any sort of stigma. All genders, all races, all classes, all beings of every sort should be able to say the word ‘feminist’ without side glances or uncomfortable shuffles in response. We shouldn’t feel a need to censor ourselves when it comes to believing in equality. Any defining feature of one’s identity is the start of a conversation, let us embrace that opportunity.

“But Claire, how could you say that? Women should come together under one idea! The world works on definitions!”

Sure, but that one idea should be broad enough to encompass anyone willing to fight for the goal. Nay, it should only encompass the goal. Feminism isn’t a disagreement about what equality is. It isn’t a statement of what women should or shouldn’t be. It is designed, and meant to be, a statement of simply being. A statement of existing where 100% of the population has equal access and opportunities, regardless of gender identity.

The simple fact is that women’s rights are human rights are equal rights. And feminism isn’t (and shouldn’t) be attached to stigma, or hate, or marginalization. This is not a game of us versus them, my friends. Feminism should be for everyone; wholly, completely, and irrevocably.