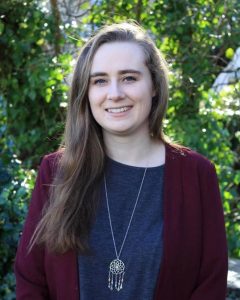 Why are running for election?

The simplest answer I can give you is that I am really passionate about representing students and I think I can do a really great job of it. I’ve been in the union for the last few years and know it inside out, but I have to say I am not unaware of its flaws and where the union could do better – so that’s what I wanted to bring to it. The other thing is that I’ve managed to achieve so much this year but I feel that I am not finished. There was so many opportunities this year where I wanted to be able to continue it, and I still do, there is projects I’m working on and a lot of the stuff from what I see is coming from a leadership point of view, so the things I could do if I was leading the union.

What is the one thing you are hoping to achieve as President over everything else?

The thing that I would hope to strive towards is to create a better sense of community on campus among students. I think it is great as it is but we could make it friendlier and we could make it more open to students who are on the fringe of it, and that includes physical and intangible things as well.

Something I am working on at the moment, which I think might take a while because sometimes university processes are quite slow, is to get better seating on campus. This was a part of my manifesto last year as well to get nap or recreational spaces as well, so it would be to make the campus a bit less cold. You see people sitting on the floor and things like that. What we did this year was secure additional funding to put in more sofas and things like that, but I know recently Maynooth University got some nap spaces in their library through an innovative fund, so I have identify places we could do it and in a way have started working on it. It isn’t specifically worded as nap spaces on my manifesto, it’s recreational places, because as I said people sit down on the ground in the concourse, and have nowhere to relax.

The other things that are part of my main three are part-time jobs for students and accommodation.

The part-time job aspect is that in the Students’ Union, people come to us looking for jobs, so I think we should have a database and be the ones to ensure that people on campus are hiring students as much as possible, or just helping students find jobs in the city.

Then the accommodation crisis in the city, we all know how bad it is, I’ve seen it first-hand this year as Welfare Officer. The course there is to have a forum where NUI Galway students are able to discuss their problems, and just to make sure everyone is aware of their rights so if a landlord has broken the law or done something really bad to them, they have an avenue to bring it towards, and basically work with the university to alleviate the problem as much as possible.

Another thing for me is Irish in the work of the union. I’m not a fluent Gaeilgoir myself but I think with every themed week that we do and we are great at the marches, there is always so much Irish included in it, but I don’t see why there couldn’t be an Irish Mental Health themed event or a SHAG Irish event so I’d love to see that included.

Then something I was talking about with a community of students on the fringe, so for Access and part-time students, making sure they’re more aware of what is going on in the university, and that they know and feel included in the community.

The last bit I will mention is better food options on campus, because it is difficult to get food on campus after 5pm that is not pizza. I think that a lot of people are staying late on campus for a number of reasons and I think we should be working through the SU commercial services to provide healthy, good alternatives for more people other than pizza and cold food.

What is the main issue on campus for students in your opinion?

The one I see as the most pervasive is the financial strain put on students to attend college and I’ve seen it so much this year through being Welfare Officer, with people who can’t afford to live basically, or they’re forcing themselves to do too many hours in their part-time job and it’s affecting their studies. I think it is two-fold. So I have stated in my manifesto that I’m against the contingent-loan scheme, and I will continue to lead a union that fights for funding for public education, and on top of that pushing for an increase in student services. If the university wants to up the intake of students from non-traditional and international backgrounds, we need to make sure that that is matched euro by euro with student services and resources for those student who need support. That would have been a big one for me this year, just not seeing the support for students when they’re trying to up the intake of students.

How do you intend on spending the budget given to you for student services?

The union have a lot of ongoing services and some that Lorcán has only started newly, but maybe they need to be refreshed a little bit. Like giving out free condoms and tampons, we need to continue doing that. I think the union could give out more information on various things, like doing different guides on mental health or equality issues, and also using the budget to let people know that we are a listening and referral service, and that we represent all the students, no matter where they are or what they are studying, and they can come to us in their time of need.

How will you encourage people to interact with the Students’ Union?

I have a lot of feelings on this issue. I think not every student is going to interact with the union in the same way, like obviously; you might have someone who walks in the door once ever to get an SU card or a locker, or you might have someone who is at the Welfare Crew every week. I think that is ok. My feeling about the union is you don’t have to be, I don’t want every student banging down the doors, but just that people know we are there in the background, sitting in fancy university meetings in the quad fighting for them, or reminding the high-up management of the university that it is all about students or that the majority of this university is made up of students. I’d always like more engagement and I think the social media this year has been really great and I’ve really enjoyed being a part of that, like the Snapchat and Instagram, and how we can get real-time feedback from someone who is just on their phone on a platform on which they are already interacting, they don’t have to do anything different or approach us. Everyone’s own way of seeing the union  is ok but to know that we are always there in the background working away.

Is there anything else you would like to add?

It is always one that people do but just to encourage people to vote, it’s the time of year you get to hear what people want to do on campus and see change, and choose who they want to lead. It’s a great opportunity and I’d just encourage everybody if they can look at the candidates and vote.