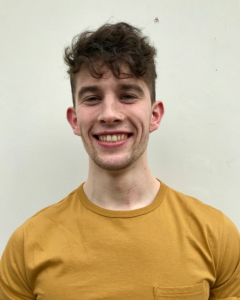 Why are you running for election this year?

I am running for election because I believe I will be able to make a difference. I know that’s a very cliché thing to say but I do mean it. I’ve seen firsthand my friends, my fellow students who are under exam stress, financial issues and I just think it’s terrible. I have been under the pressure of being on the verge of not passing an exam and it’s not nice. I truly believe I have some valid points and some great ideas that will relieve some massive pressure from the guys and girls in NUI Galway and I will make it a better place. So I do feel very strongly about this. I am studying medicine and when I began I did so with the intention of learning from the lives that surround me so I feel as though this is my calling, not just the post itself but the ideas and values behind it. I feel that I’m a good person for this role.

What is the one thing you are hoping to achieve as Education Officer over anything else?

The main thing I want to do in this role is I want to do what they do in the likes of the Dublin colleges, such as UCD. Here you have to repeat another year of college if you fail by a percent or two, for example some people get an average of 48% in my course, when 50% is the pass mark, that’s what I’ve seen. You can’t just carry it over to next year, so they fail you for the year. But what I want is that if they do fail a subject, I want them to be able to repeat it the next year with their new subject also.

Briefly outline the other key points in your manifesto?

I would like to reduce the repeat fee definitely, I think, 295 euro I believe it is, is an exorbitant figure. No-one should really have to pay that. What also doesn’t make sense to me is the fact that if a student fails one subject they have to pay the full sum and those who fail maybe three or four have to pay this also. I’m not saying that the latter student should have to pay more, but I’m saying that there should probably be a set fee per exam failed. I’m talking more along the lines of maybe 30-40 quid per exam as this would pay the extra fee of printing the paper, this would also pay the person who has to correct the exam. I’m looking for efficiency.

The other key point in my manifesto is that I’m going to get rid of having more than one exam on any one day. How many times have we heard a student panic telling us that they have their two hardest exams on in the one day. We’re meant to be looking after the students. I understand that there is a set exam period but allowances should be made. I know from personal experience that I’ve had my most two feared exams on in the one day last year and I passed the two of them by the skin of my teeth. I do question whether or not I would’ve gotten a higher grade in them if they had been separated. I’m interested in having an extra two exam hours in the day – so having an exam scheduled from 6-8. The fourth point in my manifesto is to improve the relations between the educational officer and the students.

How will you communicate with students who may have problems with their course or with their grants?

Well, obviously social media is a huge part of everyone’s lives today. I would have a Facebook profile, a Twitter profile and an Instagram profile. But I believe that it should be more personalised as well. I believe that people will see myself on the internet but I’m a very social guy, I have no issue with meeting up with people regularly to discuss any issues they have, organising sessions each week where we can meet face-to-face, it would be much like a walk-in place or if they want to meet more quietly, I’ll meet them in a different place to deal with their certain issue. I would be setting up a network to discuss problems with course administrators directly. I’m going to meet all the heads of faculty within the first two weeks of college next year so when a student comes to me with a problem, I should already have the answer. I would also organise talks at the beginning of the year, so everyone knows their student campaigners. There would be events also so that students would know that I’m there. Some students don’t even know the role exists. I actually do know that because a few of my mates had financial difficulties and they didn’t even know there was someone out there campaigning for them. Students who need financial aid are obviously key. I really believe that some of them have the heart and passion for learning and something like that shouldn’t be a factor in them packing it in. I want the right amount of funding for the right people, so I’d be giving a speech to every lecture hall by the first two three weeks. I want them to have a face to the name, I don’t just want them to see my face on the internet, which they will do. But I want them to see my face and they’ll actually know my voice.

How will you strengthen the communication between students and their lecturers and encourage students to express issues that they may have?

My answer is basically everything I’ve said in response to the previous questions.

Do you have any opinion on the BA Connect where a full year of college, including placements and modules, doesn’t go towards final grade students receive?

From what I’ve read about it, it does seem to be an interesting enough endeavour. I assume it’s supposed to give a student a taste of what will be involved with a career. So I do think it’s a good idea but I question the fact that they don’t really gain any merit from it with regards grades etc. I would certainly be looking into giving some sort of percentage validity in the exam essence. I would like to reward the students who perform well on this BA Connect with a 30-40% overall on their grade.

Is there anything else you would like to add?

I’m very excited for the campaign and I’m putting my heart into it. This matters to lots of people and I would encourage them to vote for who they see would be the best candidate for them. I’m very glad I’m here for I believe that it’s me but I would be lying if I didn’t say that if I hear the other candidates on what they hope to achieve, I want what’s best for NUI Galway.