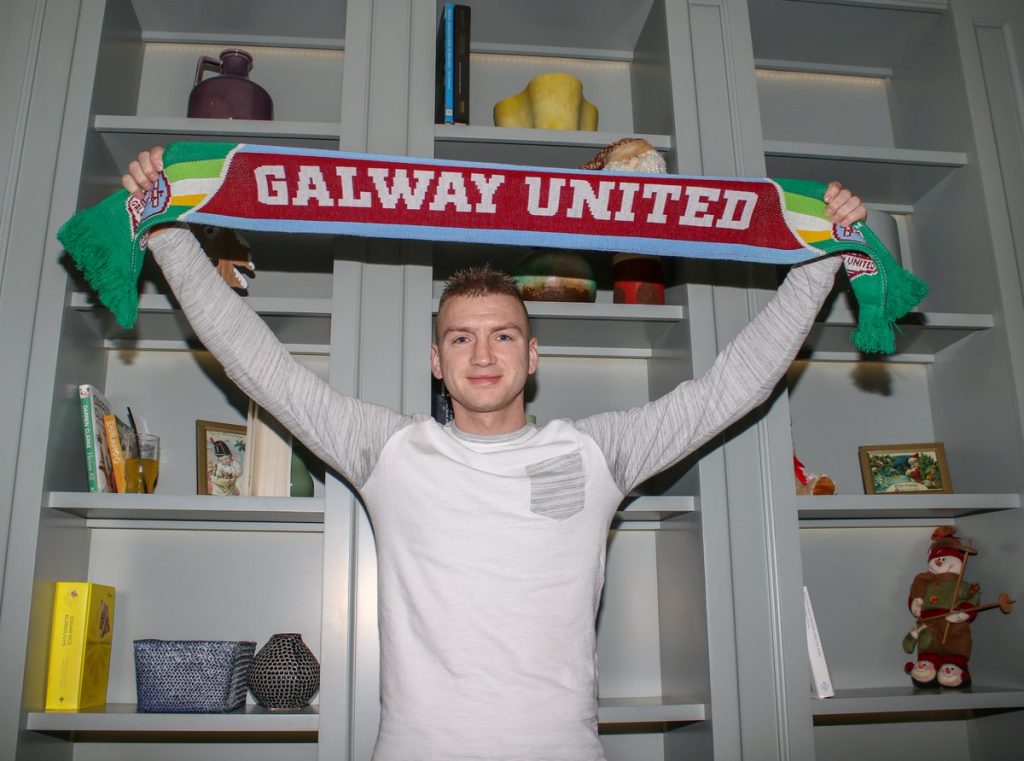 It’s been a topsy-turvy period for Galway United Football Club in recent years. From stadium redevelopment to actual non-existence to amalgamation and reinstatement, life at Eamonn Deacy Park has had more drama and plot-twists than back to back episodes of EastEnders.

One man who has experienced the highs and lows of life at Galway is uncompromising Ballinfoyle man Stephen Walsh who has recently resigned with the club after a season spent elsewhere. The tough tackling defender with a cultured left foot is ideally positioned to assess the club’s current situation.

New manager Shane Keegan has attempted to bolster the squad, and was rapid in re-signing the versatile Walsh who has played all over the park for the club, even offering his services as a striker in past campaigns.

Walsh holds no bitterness regarding his shock release from the club last season, a move which angered many of the season ticket holders.

“That’s football, I’m delighted to be back in Galway, home is where the heart is, and I am strictly focused on achieving things this year,” Walsh told SIN in an exclusive interview.

This philosophical approach is unrecognisable from the terrier like aggression of Walsh on the pitch, a fan favourite for his all action, style and the passion he brings to the cause.

Keegan has made several new signings in preparation for life in First Division with the return of veteran Alan Murphy from junior football a surprise addition. Walsh claims he is excited with the fresh additions.

“The squad is looking really well with a nice mixture of youth and experience,” he said.

And as for his own favoured position, the local favourite announced his intention to play centre back.

“It’s my preferred position, I’ve played there since I was a kid,” he said.

On the topic of who will be United’s rivals in the promotional stakes, he was adamant that all the teams were ready for the season.

“They are all looking strong and seem to have signed well so we are expecting a tough challenge in every game,” he said.

In a league featuring fallen giants such as Shelbourne and more familiar names such as Finn Harps, UCD, and Athlone Town there is nothing to fear for this exciting Galway United side. With a strong United home support there is simply no reason why this side cannot bounce straight back up to the big league and maybe spearhead a resuscitation of soccer’s fortunes in the West of Ireland.

“We are focused on getting back to the Premier Division game at a time,” said Walsh.

Season tickets for third-level students are set at €95. Another interesting chapter awaits.