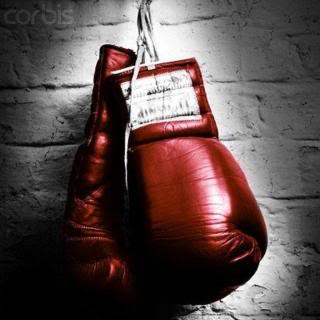 You wouldn’t know it if you limited yourself to Ireland’s mainstream media outlets, but the fighting landscape of 2018 offers diverse rays of hope for the long-neglected Irish fans. As is often the case the warriors of Ireland are largely ignored in favour of provincial rugby matches and English soccer matches, despite being our best sporting global presence. Emerging prospects on the cusp of world title shots, rejuvenated veterans and returning superstars are all smacking the pads and bags this month as dreams are chased and lifelong ambitions edge closer to completion.

2017 saw Katie Taylor capture a professional world crown, Conor McGregor won the lottery in a mismatch against an ageing great, and Carl Frampton returned in a humdinger versus a typically bionic Mexican, where a planned routine warm up quickly evolved into a ferocious see-saw battle.

Spike O’Sullivan, reinvigorated and relentless, walked through everything Antoine Douglas had to offer before rendering the plucky American half-unconscious with a violent finish. Spike now has options. A fight against Daniel Jacobs is perhaps the wrong move but if it’s financially attractive enough, the game Corkonian will enter the ring with full confidence.

Andy Lee ended the year hinting at a comeback. Lee is perpetually underrated although that is understandable given the air of fragility he often projects – and then often destroys with that world class power he detonates. Mixed in with alarming performances of averageness are stellar performances, such as his victory over the decorated Russian Matt Korobov. Lee is a dangerous fight for anyone.

Frampton fights the dangerous Filipino Nonito Donaire in April in a contest he is expected to win before a mega event in Windsor Park over the summer. Frampton is clearly Frank Warren and BT Sport’s flagship star since James Degale’s recent self-implosion and stands to secure his future financially if the potential landmine of Doniare can be safely negotiated.

Like all boxers at his level it will be fascinating to see how the Frampton’s story concludes given the heartless nature of the sport, where the best laid plans can be ruined in an instant. The dream is glory in front of 20000 supporters. The reality may just be sober and brutal.

Other Irish boxers continue to emerge as contenders for glory. Dennis Hogan, based in Australia, occupies a ranked position with the major governing bodies and an opportunity is surely coming his way. Former Olympians continue to straddle the topsy-turvy politics of the professional game with Jason Quigley, Michael Conlan and John Joe Nevin returning to action. The hype is with Conlan who is a human cash register to veteran promoter Bob Arum. Quigley has the promotional backing, while Nevin is still a source of hope for all Irish boxing fans, despite his stop-start pro-career and out-of-the-ring problems.

A former Irish heavyweight champion also seeks to leave personal issues in the rear-view mirror and bids to be the first man to defeat British blue-chip champion Anthony Joshua. Tyson Fury, a man with Galway roots has a multimillion cheque dangling in front of him should he lose six stone in weight. I would personally live on two slices of lettuce for a year and fight Joshua for a fraction of that amount so surely a self-proclaimed fighting man such as Fury can rekindle that inner fire and grab the rewards awaiting him.

Fury versus Joshua should happen this year. Joshua’s team would prefer to catch the lineal heavyweight champion rusty from inactivity and clouded by two years of depression, obesity and substance abuse. Fury is rebellious and contrary enough to eschew a tune up fight and dive straight into the line of fire. If the Fury that outfoxed Klitschko shows up Joshua could be befuddled and out boxed for twelve rounds.

Irish MMA finds itself in a muted position going into 2018. There are a mere four Irish fighters on the roster of the two main MMA organisations. Throwback midlands slugger Charlie Ward and the hyped James Gallagher fight for Bellator, while Joe Duffy seeks to rebuild over at the UFC.

A certain southpaw from Crumlin’s immediate plans are clouded in mystery. Is he coming back? Who does he fight if he comes back? McGregor will likely return this year, and American media believe a Ferguson-Khabib fight likely in March will provide an opponent for the Notorious in June or July. If that plays out expect McGregor to be stripped of the lightweight belt beforehand, but at this stage whether he has the belt or not doesn’t matter.

The one possibility that seems to be overlooked is a fight against Tyron Woodley for the welterweight strap. It would be a classic McGregor move and after Nurmagedov’s one sided mutilation of Edson Brboza many seasoned observers would likely give McGregor more of a chance of beating Woodley despite the size disparity.

The cards will fall where they may. Fighters will win, fighters will lose. Dreams will be achieved and smashed, and the fights will often come down to millimetres and momentary lapses in concentration.

For the long suffering Irish fan, a home event is long overdue. But in a country where a series of Garth Brooks concerts can trigger a national emergency, it’s best not to be overly optimistic.