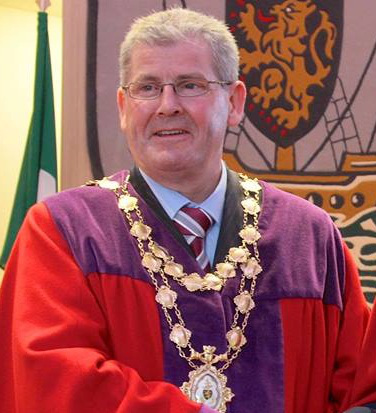 Galway City Mayor Cllr Frank Fahy recently described drunken students as an “embarrassment”, creating a negative image among visitors and tourists to the city – comments which have since generated criticism from NUI Galway’s Students’ Union.

According to a report in the Galway City Tribune recently, Mayor Fahy, while speaking at a sitting of the Galway City Joint Policing Committee (JPC), said that a mayor in one of Galway’s sister cities had told him that “you have a serious issue with alcohol [in Galway city] and you need to address it,” after a late-night outing in Galway.

Mayor Fahy criticised students who were drinking “with gay abandon”, and causing “nightmares” for residents of Hazel Park and Newcastle. He also said that these students often come out of drink-fuelled parties in student accommodation, get onto buses and taxis, and go into town to dink more.

Mayor Fahy labelled students a “disgrace” and an “embarrassment” for the way in which they were drunk out on the streets, and throwing empty bottles and cans out of the windows of buses and taxis.

In a letter to the Galway City Tribune, Phelim Kelly, President of NUI Galway’s Students’ Union, agreed with Mayor Fahy “that alcohol abuse is a serious issue”, but that it was “an issue at all levels of society, and is not confined to any single element of Galway’s student community”.

Mr Kelly pointed out that “Students’ Unions in Galway are actively trying to tackle the issue of alcohol abuse… recently launch[ing] the REACT programme, which aims to tackle excessive drinking and Ireland’s drinking culture”.

Mr Kelly continued, saying that the “branding of Galway’s student population as an embarrassment and disgrace is short-sighted and ill-informed. Galway’s student population is a major contributor to the city’s economy and an integral part of the community. The Mayor should be aware of the level of civic engagement by students, most notably the contribution to the recent Marriage Equality Referendum”.

He also said that the student population “are also playing a role in Galway’s bid to become Europe’s Capital of Culture 2020. Students account for a quarter of the city’s population and contribute in many positive ways… rais[ing] a huge amount of money for local charities”, and that “student volunteers assist with lots of local groups such as working with the homeless, children’s homework clubs, caring for the elderly”.

Tommy Flaherty, a community member of the JPC, also criticised the comments for singling out students unfairly, maintaining that there was no difference between students drinking during RAG Week and the “well-suited and high-heeled” people going around drunk during Race Week. He also added that the Emergency Departments of the country’s hospitals are inundated with alcohol-related admissions.