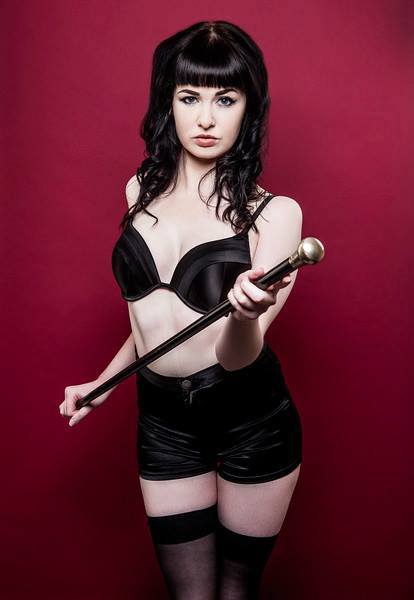 Galway’s Burlesque scene has been growing rapidly over the last number of years, thanks to ‘The Dirty Circus’ Burlesque and Cabaret show, and it’s only set to get bigger and better as talent from all over Europe and beyond prepares to travel to take part in first ever Galway Burlesque Festival from 18 to 20 September.

The Dirty Circus has been in existence for over four years now and is receiving rave reviews and a strong following for each of its shows, while also attracting international and alternative groups to produce within the city.

“The people of Galway are also the biggest contributors to the scene; with the high level of performer talent and people’s welcoming, supportive outlook, the burlesque scene can only grow from strength to strength,” said Tommy Walsh who, along with Ms Shir Madness, is one of the festival producers.

“Now the introduction of the three-day Galway Burlesque Festival, gives the city a unique opportunity to present such a vibrant and captivating art form.”

Burlesque has often been compared to stripping, though those involved are quick to point out the many differences, showing that burlesque truly is an art.

“The burlesque we have today emanates from the strip tease acts of the 1920s and 1930s, but after that the two forms separated into ‘Stripping’ and ‘Burlesque’,” Mr Walsh explained.

“Burlesque today is about telling a story through dance, whilst also incorporating the most fabulous glitter costumes imaginable. Not all Burlesque performers take their clothes off and that is an individual decision for each performer and their acts.”

In the 1920s, Burlesque was mostly performed to a male-dominated audience, according to the festival producers, but in modern times, this has changed completely. In fact, women make up the majority of the audience now and it’s about confidence, empowerment, and a celebration of all the different body shapes, rather than the socially-constructed idea of how women are supposed to look.

And while Burlesque isn’t new to Galway, this will be Galway’s first festival dedicated to the art, with workshops and shows aiming to bring burlesque to a wider audience.

“The best thing about being involved in the Galway Burlesque Festival is being part of a very close and special community. It’s such a tremendous privilege to bring some of the best Burlesque performers in the world to showcase to the people of Galway,” said Mr Walsh.

“I still love to meet people who have attended a show for the first time and how inspired and joyed they are from the experience.

“The hardest part, of course, is all the organising as we have so many international acts coming in for the festival, so logistically it is very time-consuming. And of course the financial aspect of accommodation, food etc. is very, very difficult. So if any business wants to help us out we are more than happy to talk.”

The first Galway Burlesque Festival will see a number of workshops throughout the weekend, ranging from Hula-hooping, Belly-dancing, Stage Make-up, Nipple Tassle-making, Veil-dancing and plenty more; “But my own personal favourite has to be the Twerkshop by Ms Roxie Royale,” said Mr Walsh.

“Dr Sketchy’s Life-drawing takes place in Electric Garden and this surely will be a treat for all interested in life-drawing. But for me, ‘The Star of the West’ in The Loft@Seven is what I’m looking forward to most, as some of the best international performers will take to the stage in a sea of glitter,” Mr Walsh concluded.

The festival will kick off on Friday 18 September with ‘The Rising Star of the West’ in the Roisin Dubh. The rest of the programme can be found at www.galwayburlesquefestival.com.